Goldman was king of the quarter, but Morgan is the one to buy, analysts say

‘Happy days are here again’ for Goldman, but Morgan is the better buy, analysts say. 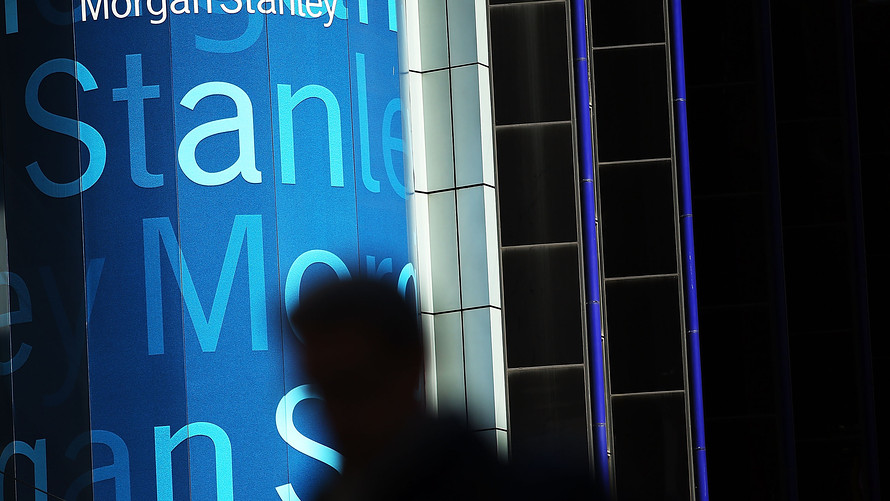 Getty Images
Morgan Stanley, the little bank - okay, the smaller-than-Goldman-bank - that may be beating its more prestigious rival.

Goldman Sachs Group Inc. had a blowout first quarter as market churn spurred investors to trade more, and the company won more business from companies seeking advice on making deals and raising money. It even saw a pickup in revenue from non-Wall Street customers.

That’s pretty much the way most of the analyst community sees the two former investment bank titans. While the FactSet consensus for both companies is a “buy” rating, price targets suggest about 7% upside for Goldman and nearly double that, 13%, for Morgan.

That’s despite a stronger first quarter for Goldman. Overall revenues were up 25% compared to a year ago, while Morgan’s rose 14%. Goldman saw a 38% year-over-year gain in equity trading, compared to 30% for Morgan. Trading of fixed income, currency and commodities was up 23% for Goldman and 12% for Morgan.

Barclays analyst Jason Goldberg, who has an equal weight rating on both banks, explained his thinking on Goldman this way: “We believe expenses will be more apparent than revenues in the near-term, as most of the benefits are back-end loaded. We expect cyclical factors to continue to pressure near-term results.”

Goldman is still in expansion mode. The Wall Street Journal reported earlier in May that the company had recruited a banker from JPMorgan Chase & Co. /zigman2/quotes/205971034/composite JPM -1.76%    to help it develop a corporate cash-management arm. And just days before reporting earnings, the bank announced it had bought a personal-finance app to help it serve a growing consumer customer base, continuing its pivot away from institutional investor clients.

Is socially-responsible banking the answer to U.S. consumers' diminishing trust in banks and other financial institutions?

That suggests some upside down the road—but expenses near-term. Goldman’s stock fell Tuesday after it reported earnings when management explained that it would suspend share buybacks for the quarter.

“We think strong client engagement and higher fee-based asset flows should drive sustained improvement in pretax margin and more consistent / predictable results,” Nomura’s Steven Chobak said of Morgan. Chobak has a buy rating on the stock and a $63 price target, $2 higher than the FactSet consensus.

Also read: Tax cuts were supposed to juice the economy, but banks aren’t seeing it

For now, Goldman CEO Lloyd Blankfein is still viewed as the dean of Wall Street. Blankfein on Wednesday told CNBC that he was feeling good about his business. “Inflation is in check. Interest rates, therefore, are lower than you’d expect at this part of the cycle. People are working. Commodity prices are in check… countries that were half a cycle behind us are kind of catching up, they’ll add wealth creation into the world. There’s a lot of reasons for optimism.”

But he added a note of caution. “The bull market’s gone on too long.”

Read: Bank of America beats, but analysts want to know when real growth is coming

Get news alerts on Morgan Stanley and Goldman Sachs Group Inc. — or create your own.