Kill off the health insurers? Medicare-for-All is a point of contention in first Democratic debate 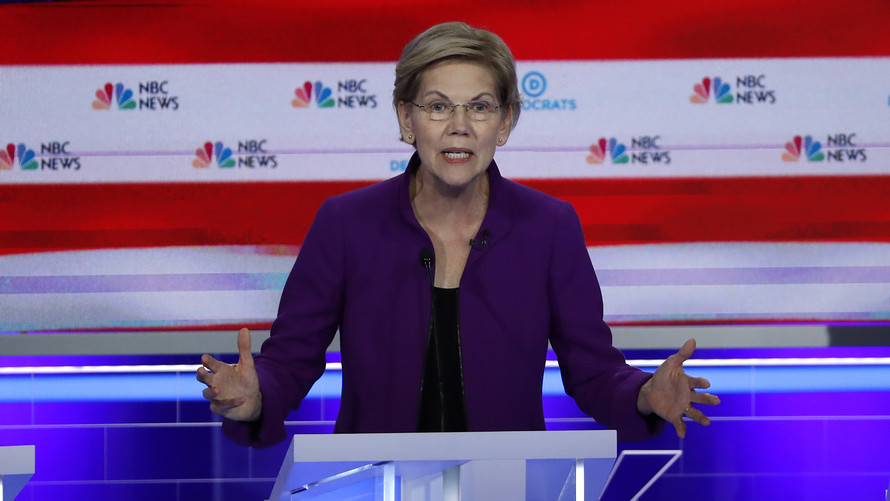 Health insurance was a source of contention in the first Democratic debate Wednesday night, with Sen. Elizabeth Warren leaving no space between her and her most formidable liberal rival, Sen. Bernie Sanders, by not seeing a role for private insurers.

At the first debate of Democratic presidential candidates in Miami, Warren said she fully supported Sanders’ Medicare-for-All legislation, saying one of the big reasons people go broke is because of medical bills, even for those who have health insurance.

“I understand that there are a lot of politicians who say, ‘oh, it’s just not possible, we just can’t do it,’” Warren said. “What they’re really telling you is they just won’t fight for it. Health care is a basic human right, and I will fight for basic human rights.”

Sen. Amy Klobuchar of Minnesota responded why she sees a role for private insurers. “I think it’s a bold approach,” Klobuchar said. “It’s something that Barack Obama wanted to do when we were working on the Affordable Care Act, and that is a public option. I am simply concerned about kicking half of America off their health insurance in four years, which is what this bill says.”

Klobuchar said she wanted to reduce costs by taking on pharmaceutical companies.

“I think we should be the party that keeps what’s working and fixes what’s broken,” added former Rep. John Delaney of Maryland, a proponent of private insurers having a continued role. “Doesn’t that make sense?”

About half of Americans get their health insurance through an employer, according to the Kaiser Family Foundation.