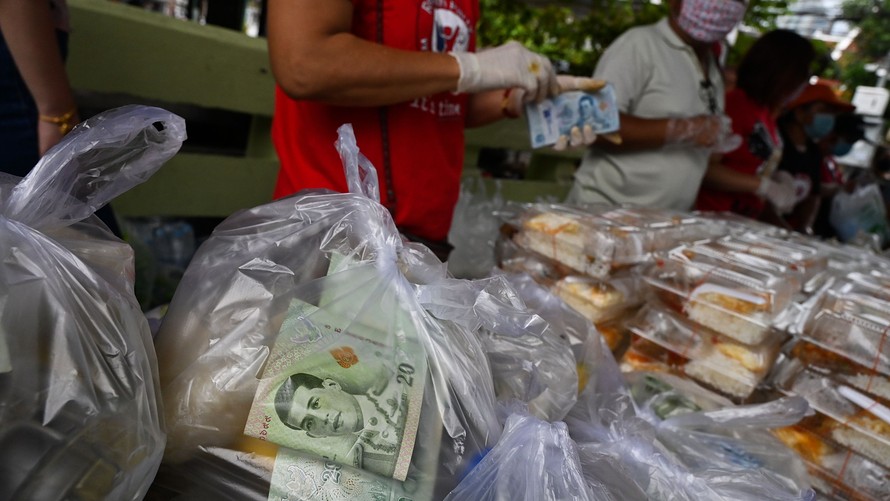 Getty Images
Bags of cash are typically difficult to spot in the open.

Hayden Capital has had a pretty good year — returning 101.2% in the first half, according to its shareholder letter for the second quarter.

Fred Liu, its managing partner, discussed two of its so-called “10 baggers,” that is, investments that returned 10 times the original investment.

Amazon, he noted, hasn’t just grown its sales, but did so in its higher-margin businesses, Amazon Web Services and the third-party marketplace. Sea Ltd., meanwhile, successfully invested in its Shopee e-commerce platform, which it was able to do because its Garena gaming business was providing the cash flow.

“It was really a ‘bet the farm’ moment for Sea Ltd — but one that I thought was the correct decision given the sheer size of the prize if it worked, and the ability to retrench and still salvage value on the Garena side if it didn’t,” he wrote. “In short, I saw a massive opportunity, while the market saw a gaming company burning cash on an e-commerce business it had no right to be in. This allowed us to buy the shares at a very low entry multiple.”

What do the two have in common? “The lessons from these two case studies show that in order to achieve 10x type returns, you likely need a combination of rapid value creation, along with the market’s increasing appreciation of the company’s trajectory demonstrated via multiple expansion,” he said.

Finding a fast-growing company isn’t that hard — but the nuance, he said, is that the sales growth must come from value-adding activities, such as by strengthening the business’ network effect with each new customer added. The third and critical point is the price.

“But the problem is that all too often investors overpay for these companies initially, as the market has already become overly excited about them and bid up the prices,” he said. “The stock is constantly fighting a headwind, looking for intrinsic value growth to outpace the degree of multiple compression.” A company growing three times more valuable over five years — but with a multiple compressing by 50% — will return 8.5% annualized, or more or less in line with the market.

He said he looks for companies priced for a low-growth scenario, where the additional realized growth is then gotten free.

Presumptive Democratic presidential nominee Joe Biden, after markets closed on Tuesday, named Sen. Kamala Harris as his running mate. The pair will appear on Wednesday in Wilmington, Del., to deliver joint remarks. Meanwhile, there aren’t any talks scheduled as yet between Congressional leaders, and the White House, on a fifth stimulus package.

News on the coronavirus front took a turn for the worse, with new cases, the positive test rate, and deaths rising on Tuesday, according to the COVID-19 tracking project.

The U.K. reported a 20.4% drop in quarterly gross domestic product in the April-to-June period, the worst performance of any major economy during that time period. In the U.S., consumer prices accelerated by 0.6% in July for a second month, with the core index also rising 0.6%.

Moderna /zigman2/quotes/205619834/composite MRNA -1.05%  said it has reached an agreement to sell 100 million doses of its investigational vaccine for COVID-19 to the U.S. government for more than $1.5 billion.