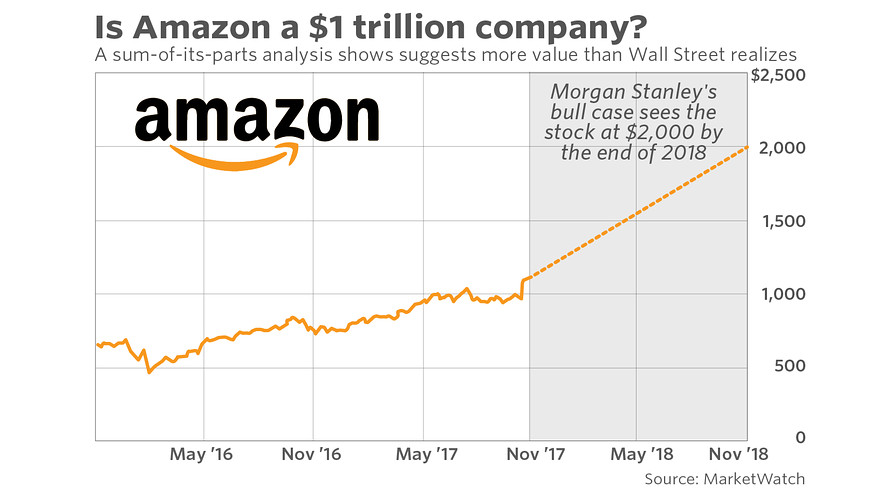 Amazon.com is one of the most valuable companies in the world, but according to one analysis, its diverse business units, when evaluated on a sum-of-the-parts basis, are worth a lot more than Wall Street currently seems to appreciate.

The online retail giant—which also has a major presence in cloud computing and media, among other divisions—currently has a market capitalization of about $548 billion, thanks to a 51% gain in the stock over the course of 2017. According to Morgan Stanley, however, there’s a case to be made that Amazon /zigman2/quotes/210331248/composite AMZN -0.89%  is a trillion-dollar company, or worth nearly twice its current size.

The investment bank evaluated Amazon’s five major business segments: Amazon Web Services (or AWS, its cloud-computing unit), subscriptions, advertising, and 1P and 3P retail (1P, or first-party, retail, is when Amazon sells products on a wholesale basis with a vendor. In 3P, or third-party, consumers sell products on Amazon’s marketplace.). It then applied a multiple to them, based on appropriate peer groups, as well as their margins and growth rates.

Extending this analysis to the end of 2018, the investment bank came up with a bull-case price target of $2,000 a share, which would take the company to a roughly $1 trillion valuation.

Morgan Stanley estimated that the 1P business was worth $191 billion “by assuming the market would be willing to pay 12X earnings before interest, tax, depreciation and amortization (Ebitda) for this ~$200 billion revenue business still growing 13%,” a growth rate it said was “arguably conservative.” The third-party retail business was valued at $401 billion.

The other three business units—AWS, subscriptions, and advertising—were described as “emerging high-margin revenue streams.” The subscriptions unit was valued at $69 billion while advertising was valued at $55 billion. AWS was valued at $273 billion, itself larger than all but 11 of the components of the S&P 500 /zigman2/quotes/210599714/realtime SPX +0.20%  . Despite that, Morgan Stanley also suggested that this valuation was conservative, given that it has higher margins than its cloud-computing peers, as well as better growth. 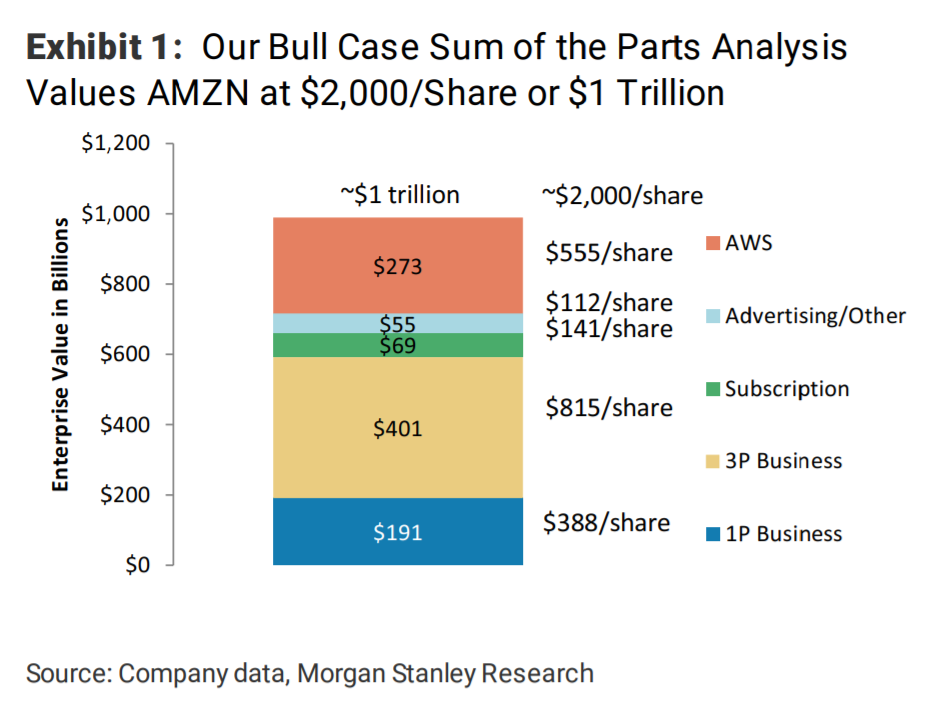 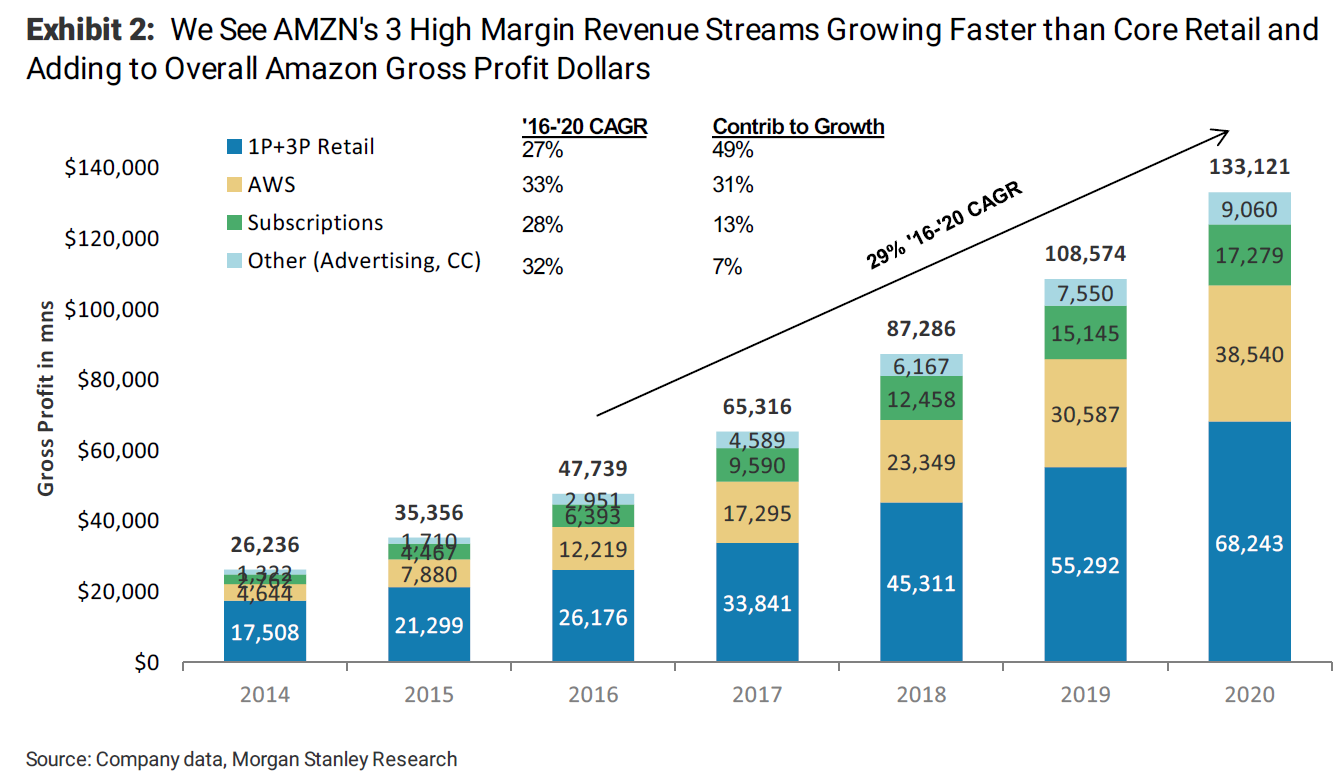 In late October, Amazon reported record sales and forecast revenue growth for the big holiday quarter from 28% to 38% on a year-over-year basis.

Apple /zigman2/quotes/202934861/composite AAPL +1.77%    is currently the largest company on the U.S. stock market, with a market capitalization of $876.53 billion. It recently cracked $900 billion, and some analysts say it could eventually be worth a staggering $2 trillion.