Here’s how bitcoin can fit with your stocks and bonds

Cryptocurrency, like gold and other alternative assets, has a place in an investment portfolio

Is bitcoin a fraud, a fad, an asset, or the currency of the future?

Detractors explain its meteoric valuation by suggesting the former; proponents, the latter. It is important to understand what bitcoin /zigman2/quotes/31322028/realtime BTCUSD -0.01%   is before deciding if its valuation is justified.

In 2009, Satoshi Nakamoto introduced the block chain, a decentralized ledger, that could be used to transfer value without a central intermediary and created bitcoin. It is not debatable that in today’s world of digital transactions a decentralized ledger has many applications, and bitcoin may play a central part in them. Many of these applications are in fact being crowd-sourced through the issuance of cryptocurrencies using ICOs (initial coin offerings).

Investors can only participate in these coin sales by paying in bitcoin (or Ether), so the large inflow of capital into these promising technologies has created a demand for bitcoin, but it is not clear whether this demand is sustainable. Once these investment opportunities go mainstream, funding might come from more traditional fiat money or an improved coin. On the other hand, it may be that new coins issued in the ICOs are redundant and bitcoin will be used instead. As these uses increase, so too will the value of bitcoin.

Bitcoin is viewed by some as digital gold. The key quality of gold is that it is scarce and is universally accepted as a store of value. Similarly, the total number of bitcoins that can be mined is fixed at 21 million, and therefore has the same advantage as physical gold  because its value cannot be destroyed by governments printing more money (like Argentina) or by demonetization (like India).

Bitcoin also has an obvious advantage over traditional gold: easy transportability. A large percentage of the global population is only one generation removed from the threat of having to flee their homes. One would like to think that this is ancient history, at least for the developed world. But what is the harm in having a part of our wealth as a number in our head, so in dire circumstances, we can take our wealth with us? If bitcoin becomes accepted as a legitimate store of value, it is easy to see how its value may grow over time. 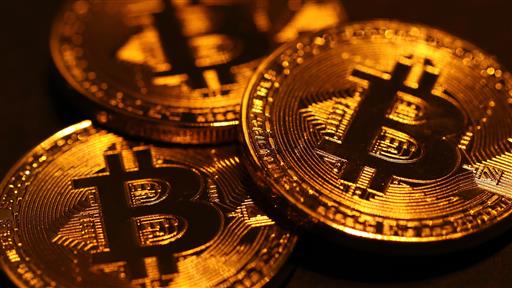 Bitcoin: World’s most dramatic bubble ever?

Investment manias throughout the centuries have ranged from tulips to tech stocks to housing; is bitcoin any different? Image/Video: Daniel Epstein

Moreover, if bitcoin is digital gold, then bitcoin as a global currency would be a move back toward the gold standard, albeit a digital one.

An important benefit of this asset-backed system would be that it remove the need for faith in a central intermediary (like a government), allaying fears of future sovereign debt crises. In addition, the electronic transferability and divisibility of bitcoin makes it a prime candidate for digital cash.

Although Japan’s acceptance of bitcoin (and some U.S. companies, for example Overstock.com /zigman2/quotes/200022359/composite OSTK -3.24%  ) as a means of payment for goods and services is a step in this direction, bitcoin being used globally for transactions in its current form is not entirely convincing. It is an order of magnitude more volatile than any other currency. Also, transaction costs are extremely high. The only market participants who can accept this level of volatility and transaction costs are those who are engaged in some nefarious activity and/or value the anonymity of those transactions.

Read: Brett Arends says the reasons Americans give for buying bitcoin prove they have no idea what they’re doing

In theory, a digital currency could be quite valuable for transactions in countries where a large proportion of the population doesn’t have access to banks and credit cards, but it is hard to see how these individuals will get access to bitcoin.

I disagree with those who claim that bitcoin is a fraud. Fraud requires deception and open-source verifiable bitcoin protocol is the antithesis of deception. When any investment goes from pennies to almost $8,000, it does sound too good to be true.  And it’s possible that the critics are right and bitcoin will not end well for investors — the tulip mania of our generation.

But it is also possible that bitcoin may become an essential part of a decentralized network where a large part of transactions take place using bitcoin. Or bitcoin could be a “forever” fad like gold. If that plays out, bitcoin could substantially increase in value. This large variation in possible outcomes and value by definition makes bitcoin a speculative asset that can represent a small part of a well-diversified portfolio.

Atulya Sarin is a professor of finance at Santa Clara University. He has written on currencies in his book Foundations of Multinational Financial Management (sixth edition) and has worked extensively as a valuation expert.

Now read: True believers need to see bitcoin near $200,000 before selling it