Panicking that the bitcoin bubble has finally burst? The popular cryptocurrency actually has a history of surviving crashes, and in its short life has already been through 13 major corrections or crashes.

That’s according to an analysis by data visualization site HowMuch , which compiled all of bitcoin’s crashes, beginning in 2012, in one chart.

Get more cryptocurrency updates from MarketWatch: Check prices, performance and market capitalization, in one dashboard.

The price of bitcoin is trading around $8,000, remaining well below the level of $10,000 seen a week ago and its December peak near $20,000. But this chart could qualm the fears of cryptocurrency investors who wonder if this is the end for cryptocurrencies. 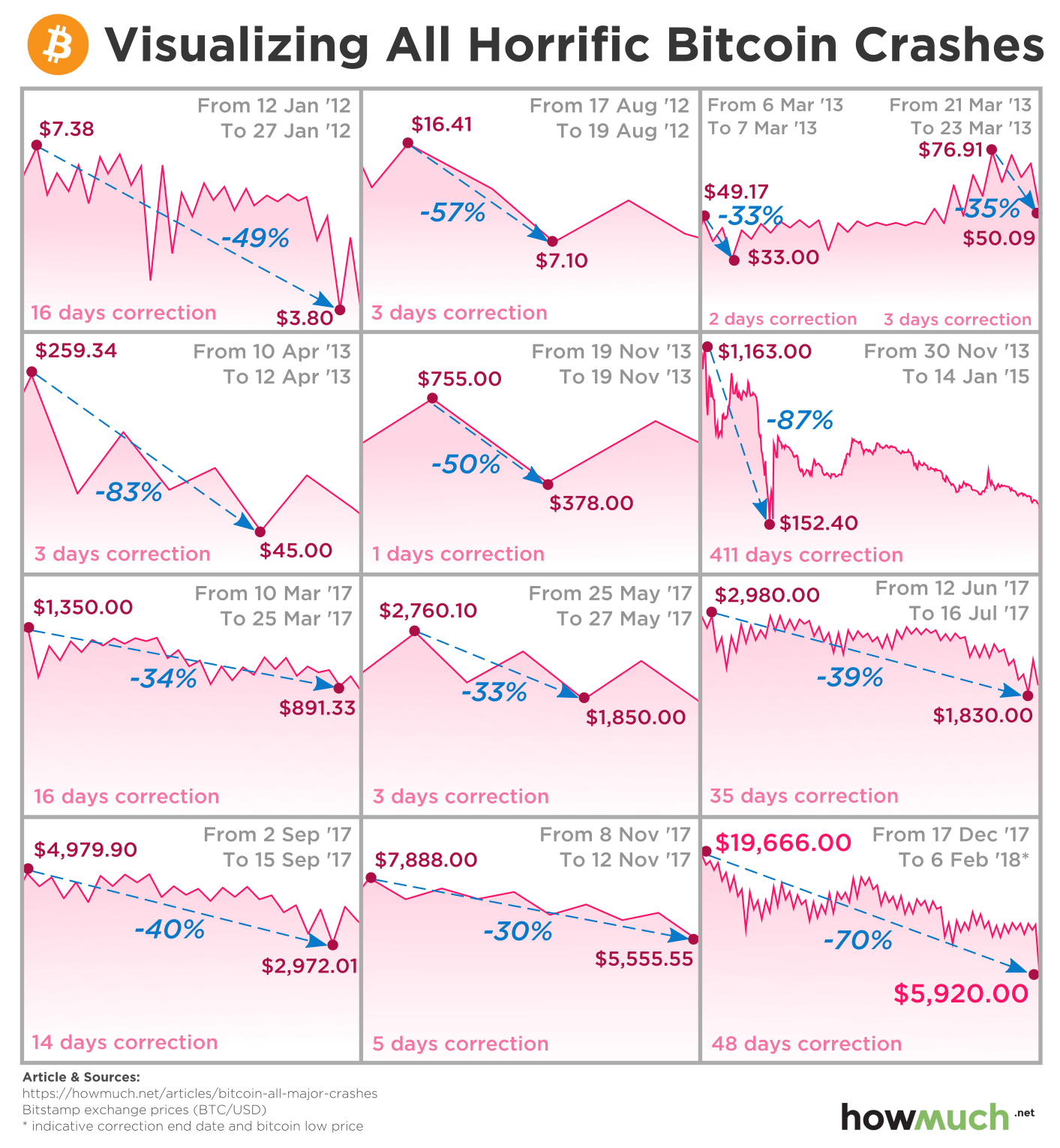 To visualize bitcoin’s crash history, HowMuch created 12 boxes representing time periods where bitcoin came under extreme selling pressure. The blue line indicates the percentage of value lost during each selloff. And while this latest selloff could be tough for HODLers who are checking their accounts this week, it’s not the worst. Bitcoin lost 87% of its value in the 411 days from Nov. 30, 2013, through Jan. 14, 2015.

Still, this chart is no guarantee this isn’t the end. Joe Davis, Vanguard’s global chief economist, this week proclaimed in a blog post that there is a decent probability that bitcoin’s price goes to zero.

“Unlike stocks and bonds, currencies generate no cash flows such as interest payments or dividends that can explain their prices,” he wrote, adding that while national currencies derive their prices based on the economic activity of their underlying country or region, crypto prices “are generally not based on economic fundamentals.”