As the dust settles on Super Tuesday, here’s what Bernie Sanders, Joe Biden and the other Democratic presidential candidates want to do to your taxes 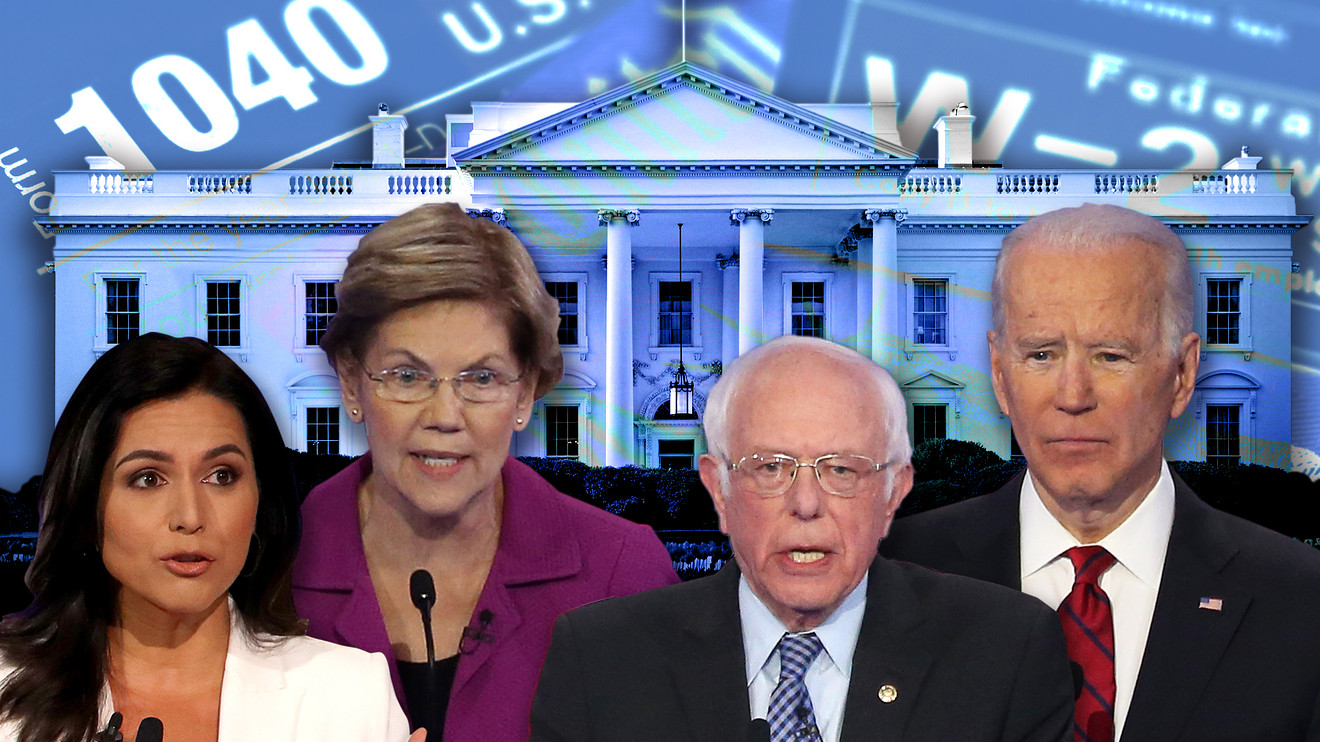 As the dust settles on Super Tuesday’s Democratic primaries, it’s becoming clear former Vice President Joe Biden and Senator Bernie Sanders are the front runners in a thinning race for the White House.

Biden notched victories Tuesday in states such as Virginia, North Carolina, Minnesota and Texas, while Sanders prevailed in states including California, Colorado and his home state of Vermont.

The pair are opposite poles of the Democratic party. Biden has become the standard bearer for moderates after candidates like Sen. Amy Klobuchar and former South Bend. Ind. Mayor Pete Buttigieg dropped out and endorsed Biden. On Wednesday, former New York City Mayor Michael Bloomberg did the same, ending his campaign and backing Biden.

Meanwhile, Sanders is further solidifying his position as the face of the party’s progressive wing after Sen. Elizabeth Warren didn’t even win her home state of Massachusetts on Tuesday.

The competing tax proposals come three years after President Donald Trump overhauled the tax code to reduce income tax rates for individuals and businesses. One provision lowered the personal income tax rate for top earners to 37% from 39.6% and another provision reduced the corporate income tax rate to 21% from 35%. Trump is expected to reveal another round of tax cuts later this year.

Every Democratic presidential hopeful says Trump’s tax cuts went too far, and they are all vowing to raise taxes on the rich and corporations. Aside from that, there are differences in the candidates’ proposals and the extent of taxation they say they want.

Here’s how the plans stack up against each other:

On Thursday, Sanders announced a proposal to change the tax rules on deferred compensation for high-paid executives. Among other things, stock options would be factored into a person’s income tax obligation once their stock options vest, the Wall Street Journal reported. The revised stock option tax rules would reportedly count for employees earning above $130,000.

Sanders would also end the so-called “Step-Up in Basis,” a provision that restarts asset appreciation, for capital gain tax purposes, upon inheritance.

Capital Gains Tax: The IRS taxes the sale of an asset that’s grown in value over time , such as a stock. Taxpayers making at least $78,750, and filing single, are taxed at 15%. With some exceptions, single taxpayer earning above $434,550 face a 20% capital gains tax. Sanders’ capital gains tax rate would be the same as the income tax rate for households making over $250,000.

Income Taxes: Biden is proposing to revert the top income tax rate back to 39.6% for earnings above $510,000. Biden would also limit itemized deductions to a reduction of 28% of tax liability. Biden would apply a 12.4% payroll tax on wages above $400,000.

Estate Taxes: Biden would eliminate the step up in basis.

Capital gains: Biden would tax capital gains at the same rate as ordinary income for households making over $1 million — in other words, at 39.6%.

Financial Transactions Tax: None specifically proposed, but Biden has said he supports the concept.

Income Taxes: Bloomberg would bring the top income tax rate back to 39.6% . He would also broaden eligibility for the Earned Income Tax Credit.

Wealth Tax: Bloomberg is proposing a 5% additional tax on household incomes above $5 million.

Estate Taxes: Bloomberg would eliminate the step up in basis.

Financial Transactions Tax: Bloomberg is offering a phased-in tax that will eventually result in a 0.1% tax on all stock, bond and derivative trades. The tax would start at 0.02%.

Income Taxes: Warren would bring the top income tax rate back to 39.6% , and assess a 14.8% high income social security tax on the top bracket.

Estate Taxes: Warren would eliminate the step up in basis.

Capital Gains Tax: Warren would tax capital gains at ordinary income rates for the richest 1% of households. The consulting firm Andersen noted that Warren would also implement “mark to market” taxation, where the top 1% of taxpayers would pay a yearly tax on the appreciation of their assets.

Income Taxes: Gabbard has not proposed income tax changes, but she would propose an increase in payroll taxes to go towards Social Security, according to the Urban-Brookings Tax Policy Center, a left-leaning think tank focused on tax policies.