Global imbalances have ‘become all the rage’: economist 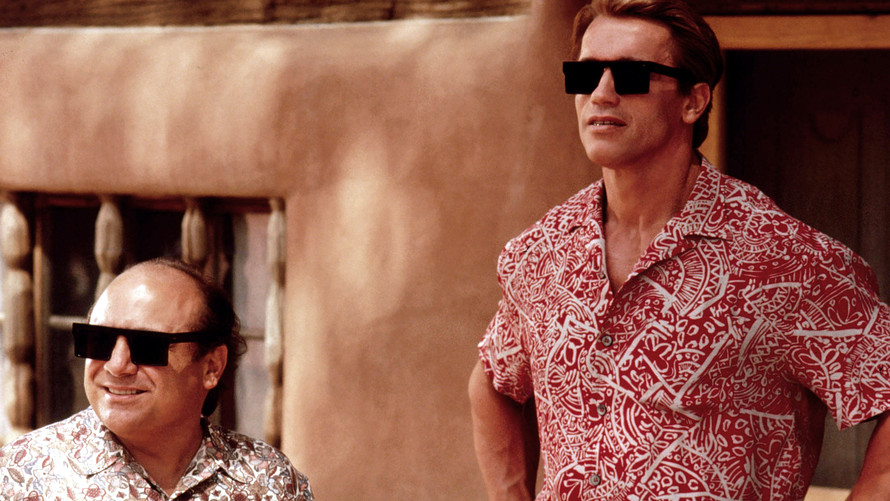 Everett Collection
Blame it on the twins?

Why is the dollar so weak even as Treasury yields are on the rise? Some economists argue that the blame lies with the twins.

No, not the starkly contrasting, fraternal twins who were separated at birth in the 1988 film “Twins,” featuring Arnold Schwarzenegger and Danny DeVito.

Rather the additional fiscal boost to the U.S. economy coming from the tax cuts signed into law late last year by President Donald Trump and a two-year budget deal, which are expected to deepen the budget deficit and the current-account deficit—a combo termed the “twin deficits.” 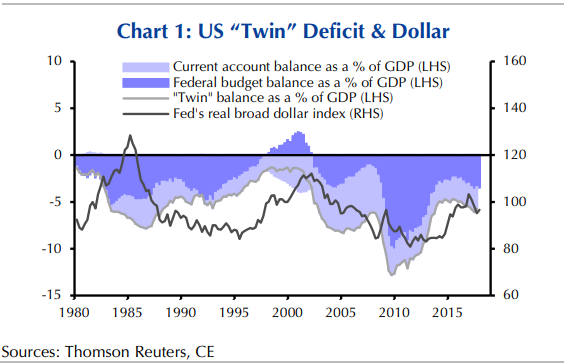 The phenomenon is stirring debate among economists, while attracting the attention of investors looking for an explanation of why the U.S. dollar has suffered versus major rivals despite an otherwise bullish backdrop of continued monetary policy tightening by the Federal Reserve and a rise by U.S. Treasury yields. Higher yields would be expected to make the dollar more attractive relative to other currencies.

Economist Gavyn Davies, in a weekend column in the Financial Times , said the twin deficits are viewed “by some” as harbingers of a more serious dollar crisis, though he noted that the link between the deficit pair and the direction of the dollar is “extremely tenuous and may actually work in the opposite direction.” Nonetheless, he said, the twin deficits aren’t good news and could push the Fed towered more aggressive monetary tightening that could bring the economic expansion to a halt.

Here’s Claus Vistesen, chief eurozone economist at Pantheon Macroeconomics: “Global current account imbalances have become all the rage at the beginning of the year, mainly to explain the conundrum of why the major currencies have decoupled from interest rate differentials. The story is converging on the idea that the combination of a weak dollar and rising U.S. yields is because foreign savers have been spooked by the possibility of a sharply wider twin deficit. Global savers will continue to demand U.S. assets, but Mr. Trump’s plans have raised the premium needed for them to keep buying.”

How big are the deficits?

The federal budget deficit was about 3.4% of gross domestic product in the final quarter of 2017, noted Capital Economics, while the current-account deficit—the current account is a nation’s transactions with the rest of the world, including net trade in goods and services, net earnings on cross-border investments, and net transfer payments—stood at 2.1% in the third quarter of 2017 (the most recent quarter available).

At nearly 6% of GDP, that’s an already significant level for the twin deficit. And that’s before adding in additional fiscal stimulus in the form of tax cuts and additional spending that could take the federal deficit above 5% of GDP by the end of 2019, said John Higgins, market economist at Capital Economics, in a Tuesday note—a development that’s almost certain to further swell the current-account deficit as well.

It is possible, he notes, for a government to have a growing shortfall of savings without having to borrow more from abroad if the private sector—households and companies—accumulate surplus savings more quickly than the public sector racks up debt. But that’s unlikely to be the case for the U.S., he said, at this stage in the economic cycle.

That doesn’t mean the dollar is in for a plunge, however.

“For one thing, [the dollar] has already come down a fair way from its peak a year or so ago. And even then, its real exchange rate was much weaker than in the mid-1980s or early-2000s, when the twin deficit began to balloon,” he wrote. “What’s more, we suspect that tighter monetary policy—partly to counter the inflationary effect of looser fiscal policy—will help to shore up the greenback this year. 2019 may be a different story, though, as the Fed’s tightening cycle draws to a close.”