Here’s where active management can add value to your portfolio

Results are better in bond and emerging market funds 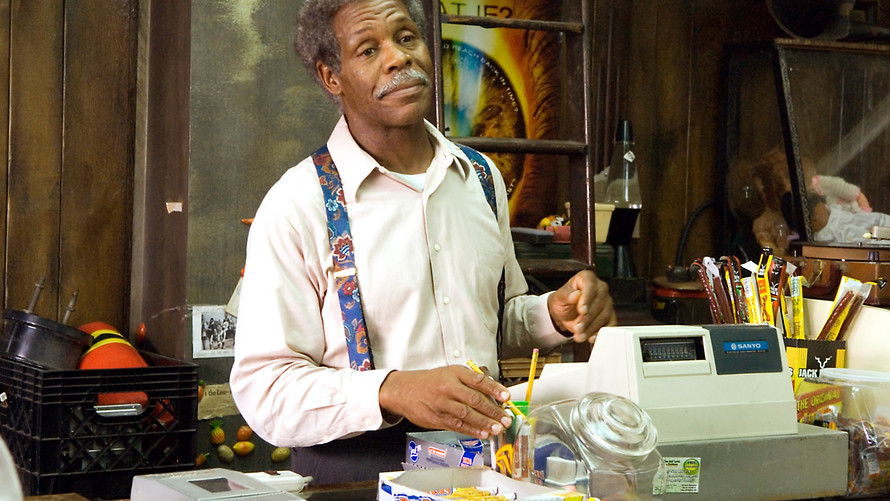 For years, investors looking for broad exposure to a particular asset class or region have been shifting into passive funds, which are cheaper than their active equivalents and, by definition, never underperform. But while making this switch across one’s portfolio may seem logical, there are certain market segments where data show it may not be the best option.

Passive funds simply track indexes like the S&P 500 /zigman2/quotes/210599714/realtime SPX +2.43% , whereas the holdings of actively managed investments are selected by an individual or team. While active funds have been around for longer — and as such, more assets are held in them — passive funds are increasingly the product of choice for investors; they have seen hundreds of billions of dollars in inflows in recent years, while active funds have seen the same in outflows.

The appeal is partly due to the lower fees that passive funds charge, on average, but investors have also taken to them because they boast stronger long-term performance relative to their active peers.

The performance gap is particularly strong when it comes to a category like large U.S. stocks, which are perhaps the most widely followed securities in the world. Because there are so many traders and analysts following that market, there are fewer pricing inefficiencies for active managers to exploit, meaning it is harder for them to outperform, especially once their fees are taken into account. BlackRock /zigman2/quotes/207946232/composite BLK +2.56%  recently announced it was scaling back its traditional U.S. equity active-management group, in part due to this issue.

However, other market categories aren’t as closely tracked, leaving an opening for managers to seek out mispriced securities and ride them to bigger gains than the overall market.

“Your probabilities of success with an active manager are better in high-yield bonds than government bonds, in emerging markets rather than developed, and in small-cap equities rather than large cap,” Steve Lipper, a senior investment strategist at Royce & Associates LP, recently told MarketWatch. “Because there are more small companies and less analyst coverage of them, managers can more easily find values there than they would be able to in the large-cap space.”

Read more: How should active management fit into one’s portfolio?

See also: In stocks, nearly every type of active manager got worse at their job in 2016

Data bears this out. While U.S. equity managers underperformed by more than 1% over the past seven years, according to research firm Informa, other categories beat their benchmarks, in aggregate. U.S. fixed-income managers beat by a little less than 1%, while emerging-market equity managers beat by about 2%. Funds with more obscure focuses did even better: Active managers for international small-cap stocks and emerging-market fixed-income funds saw the best results, beating the market by about 5%.

“If they’re really looking to add alpha or achieve outperformance over a benchmark, the asset classes that have typically offered the most outperformance over time are those that are less efficient: The small caps, international, emerging markets are a good place to start,” Ryan Nauman, a market strategist at Informa, wrote of investors in a research note. 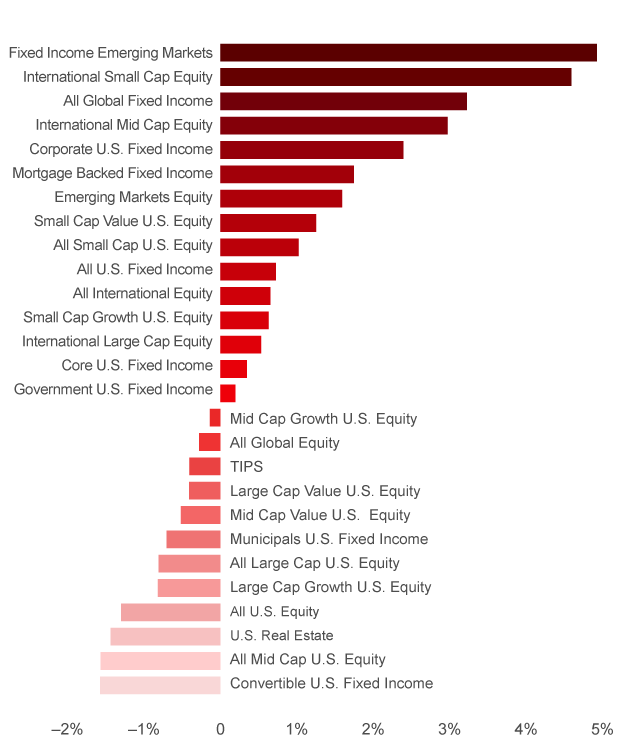 Pimco, one of the largest bond managers, wrote that 63% of active bond funds beat their benchmark over the past five years, compared with only 43% for equities.

The firm offered a number of possible reasons for this, including the proportion of noneconomic bond investors, structural tilts in fixed-income space, and security-level credit research and new issue concessions.

In addition, wrote the team of analysts led by Jamil Baz, a managing director and Pimco’s global head of client analytics, “there is a wide range of financial derivatives available to the active bond managers that allow for potentially profitable expressions of investment themes.” He cited currency swap basis, futures basis, CDS-cash basis and TBA rolls as examples. “In addition, active bond managers could implement so-called smart strategies such as carry, value, and momentum, which have historically displayed substantially positive Sharpe ratios.”

Of course, having 63% of bond funds outperform their benchmark still means that 37% fail to, raising the issue of how to select the right fund or manager.

There are a few criteria that experts generally agree upon. In addition to the fund’s fees and past performance — evaluated against their benchmark over a variety of market conditions and economic cycles — prospective investors should look to see how long the manager has overseen the fund, whether they invest their own money in it, and what degree of “active share” it has.

Active share is a measure of overlap between a fund and the benchmark it tracks (for example, a large-cap fund and the S&P 500 /zigman2/quotes/210599714/realtime SPX +2.43% ). The higher the active share, the less correlation it would have with the benchmark, giving it more value as a diversification tool and creating the potential for outperformance (though this also increases the odds of underperformance).

“When an active manager deviates, this may indicate the extent of potentially profitable investment ideas in the portfolio,” Pimco wrote.

Investors seem to appreciate the potential benefits of active bond funds compared with equity ones. According to data from Morningstar, active bond funds saw bigger inflows than their passive counterparts for a second straight month in March, $20.1 billion to $18.7 billion. While the trend is solidly toward passive — active bond fund flows only outpaced passive in six of the past 15 months, and there were three months with net active outflows, compared with zero for passive — it is far more muddled than the trend in equities.

Among stock funds, active products have seen net outflows in each of the last 15 quarters, while passive has only seen inflows, including $54.4 billion in March.