Here’s where Biden and Trump stand on antitrust, social media and other tech issues

No matter who wins the presidential race, expect Big Tech to continue to be a target for Republicans and Democrats alike 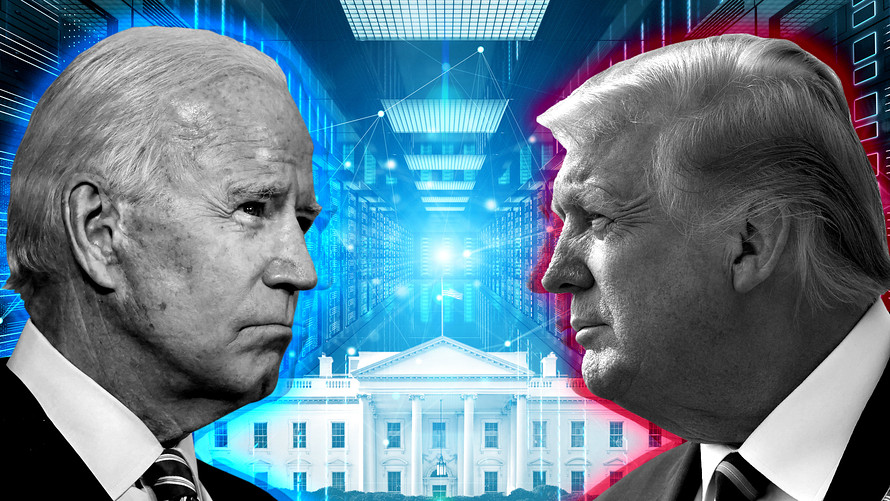 President Donald Trump and former Vice President Joe Biden don’t agree on many issues, but they do share a wariness toward Big Tech that should maintain or even escalate antitrust scrutiny of the largest U.S. tech companies no matter who wins on Nov. 3.

Democrats and Republicans have approached tech issues with different motivations in recent years, but will continue the “techlash” for at least four more years because it’s what the public wants to counterbalance the industry’s growing market power and cultural influence, Capital Alpha Partners analyst Robert Kaminsky told MarketWatch. Republicans have focused their agenda on what they deem an anticonservative bias on social-media platforms, while Democrats are pivoting toward anticompetitive business practices and consumer-privacy rights, and the winners in November will determine the direction of the response.

“I see no end to bipartisan criticism of Big Tech,” Kaminsky said.

The Trump administration has threatened broad regulatory actions against internet companies for what the president and other Republicans claim is anticonservative bias, while maintaining antitrust investigations of Google and Facebook, and fighting in the courts for bans on Chinese-owned apps such as TikTok and WeChat.

Trump’s Justice Department is reportedly close to filing a lawsuit against Google’s search and advertising business before the election that likely would spill over into the next administration. The Federal Trade Commission, meanwhile, is preparing a possible lawsuit against Facebook by the end of the year over unspecified antitrust violations. The FTC continues its probe of Amazon, while the status of the Justice Department’s investigation of Apple remains unclear.

For more: Big Tech turning on one another amid antitrust probes and litigation

Biden, who was vice president during the Silicon Valley-friendly administration of President Barack Obama, has been critical of Big Tech’s market power. He supports stringent antitrust oversight and online privacy rules, but leans heavily toward forcing social-media companies to better police their sites against false information. Biden has proposed a minimum federal tax aimed at companies like Amazon, and vowed government action to help workers under threat from innovations such as self-driving cars.

Here is how the two main 2020 presidential candidates stack up on the issues.

Despite the lineage of a pro-Silicon Valley Obama administration that has some conservatives and progressives fretting that Biden would settle antitrust cases if elected, a campaign spokesman strongly suggested otherwise.

“Joe Biden has long said one of the greatest sins is the abuse of power,” Matt Hill told The Wall Street Journal in September. “Many technology giants and their executives have not only abused their power, but misled the American people, damaged our democracy and evaded any form of responsibility. That ends with a President Biden.”

A policy task force Biden created with Sen. Bernie Sanders, I-Vt., recommends breaking up companies for anticompetitive behavior, but only “as a last resort.”

See also: Here’s where Trump and Biden stand on China and other trade issues

Trump, who routinely bashes Amazon Chief Executive Jeff Bezos — who also owns the Washington Post — has established civil relations with Apple CEO Tim Cook and Facebook CEO Mark Zuckerberg. But he has been vague when asked about Big Tech, saying, “There is something going on in terms of monopoly.” Still, one possible outcome of the federal government’s continuing antitrust investigations is breaking up companies.

The administration also finds itself entangled in a legal dispute between Microsoft Corp. /zigman2/quotes/207732364/composite MSFT +2.10%  , which was awarded a 10-year, $10 billion cloud-computing contract with the Pentagon, and Amazon, whose executives are convinced the deal was awarded for political reasons.