Permits to build new homes rose 8% to a seasonally-adjusted annual pace of 1.42 million, the fastest pace since 2007 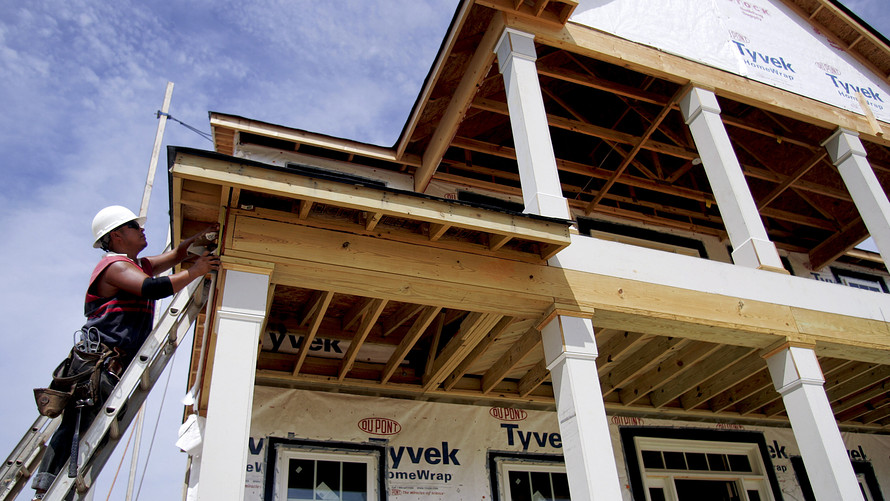 The numbers: Construction on new houses jumped 12% in August to the fastest pace in years as the multi-family market stabilized and mortgage rates dropped, despite an otherwise volatile month.

Housing starts increased to an annual rate of 1.36 million in August, up from a revised 1.22 million in July, according to the monthly report from the Commerce Department. This was the fastest pace for housing starts since 2007. Economists polled by MarketWatch had anticipated a 1.26 million rate for starts.

Permits to build additional homes, meanwhile, rose 8% to a seasonally-adjusted annual pace of 1.42 million from July’s 1.32 million. For permits, economists polled by MarketWatch expected a rate of 1.30 million.

New-home construction accelerated across all parts of the country, except in the West, where activity kept even with the pace set in July. Overall, housing starts were roughly 7% higher than the rate set a year ago.

Permitting activity increased in August across both the single-family and multifamily segments, even as economists polled by MarketWatch expected it to slow slightly. As with housing starts, an uptick in new housing unit authorizations occurred everywhere except in the West, where they fell by nearly 8%.

Big picture: August’s new-home construction figures were released just as the Federal Open Market Committee appears poised to cut short-term interest rates. The Fed’s decision will likely be influenced by the same headwinds that home builders have faced. “Home builders have been wary of the potential impact from the trade war on potential buyers’ confidence,” Ian Shepherdson, chief economist at Pantheon Economics, wrote in a research note ahead of Wednesday’s data release.

But as the trade war and economic uncertainty were major hurdles, the housing market had one significant tailwind moving in its favor: Falling mortgage rates. The precipitous drop in mortgage rates throughout the summer has eased the affordability constraints that plagued many prospective home buyers in previous months.

With those people coming off the sidelines, demand for housing is likely to rebound in the months ahead. Builders will look to capitalize on that strong appetite in the months ahead by increasing permitting activity, Shepherdson predicted.

What they are saying? “Builders are pivoting their supply to help address entry-level demand, but scarce developable land in desirable locations met with high prices is making their job hard,” said Ali Wolf, director of economic research at Meyers Research Group. “Even with tight supply though, the new home market is on track for the best sales year since 2007.”

Shares of home-building companies such as LGI Homes (NAS:LGIH) , D.R. Horton (NYS:DHI)   and Meritage Homes (NYS:MTH)   all edged up on the data, as did two funds that track housing stocks, the iShares U.S. Home Construction ETF (BATS:ITB)   and the SPDR S&P Homebuilders ETF (PSE:XHB)   .