How a ‘Christmas miracle’ became a nightmare for heart-failure patients 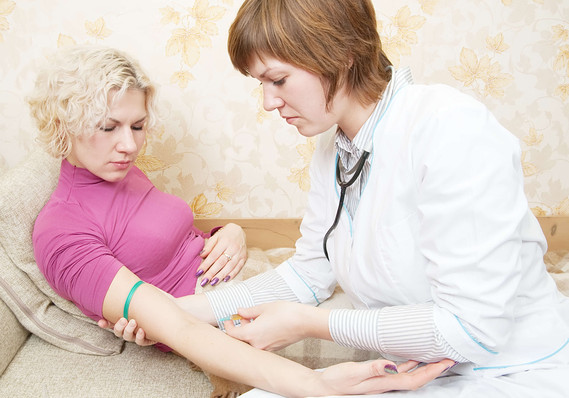 Infusions in a hospital cost about $2,000 a day, and patients are exposed to the diseases of a hospital setting, while it costs about $200 a day for the same setup at home.

As a health-care provider, one of the more rewarding (and frustrating) things I do is hack through jungles of regulation and insurance complexity to provide an easier path for some very sick patients.

Unfortunately, a crisis is looming in my space — home infusion therapy — due to a law passed in December that is having brutal unintended consequences. It’s creating a thicket of life-and-death problems for thousands of patients, and I’m not sure we are breaking through the bureaucracy in time for them.

Outside of those who benefit from this therapy, I suspect many people have never heard of it. Home infusion is an effective and cost-efficient treatment that keeps people with congestive heart failure and other serious illnesses such as cellulitis, hemophilia and immunodeficiency diseases alive and productive while remaining in their homes.

It’s a no-brainer. Infusions in a hospital cost about $2,000 a day, and patients are exposed to the diseases of a hospital setting, while it costs about $200 a day for the same setup at home. As the population ages, and more people want to stay in their homes as long as possible, it is a growing practice. Some 10 million people get home infusion today.

The treatment is paid for by private insurance companies, Medicaid, Tricare (for veterans) and even the Medicare Advantage program. But it’s not covered by traditional Medicare. Medicare used to pay more for the infusion drugs to compensate for the fact that it did not pay for the service, but that changed last December.

That’s when Congress passed the 21st Century Cures Act (CURES), which was aimed at boosting medical research, but threatens the infusion industry and patients who are covered by Medicare. Call it the law of unintended consequences. Like many things involving Washington and health care, this is a complicated story.

CURES boosts medical-research funding, cutting reimbursement for certain other things to cover those costs. It earmarks $4.8 billion for the National Institutes of Health, including $1.8 billion to advance cancer research — the Obama administration’s “cancer moonshot.” Understandably, CURES won widespread bipartisan support and praise. Republican Sen. Lamar Alexander, chairman of the Health, Education, Labor and Pensions Committee, went so far as to call it a “Christmas miracle ... that will help virtually every American family.”

Yet that miracle has become a nightmare for Medicare patients who depend on infusion. It cut the reimbursement rate for many infusion drugs, including one key drug for congestive heart failure patients, by more than 95%. While the law created a new benefit to reimburse home-infusion providers (to cover the costs of nurses and pharmacy technicians, for example), that provision does not take effect until 2021 — four more years. That gap in funding — the reduction in drug reimbursement, while the new services benefit is not yet in place — has had a devastating impact.

Monthly Medicare payments have dropped from about $11,000 per infusion patient to $500. Everyone in the industry has cut staff to make up for the shortfall in reimbursements, and some have stopped providing the service for Medicare beneficiaries altogether. As a result, thousands of patients are at risk due to the four-year “treatment gap.”

These very sick patients will be left to face some tough decisions. They can be admitted to a hospital for a surgical implant that can administer the drugs, but the implant’s outcomes are not as good, and it is expensive. Providing implants instead of infusion to congestive heart failure patients would cost Medicare $400 million.

Sadly, for many, the only real choice is going without care, impairing the quality of life for the time they have left. For some patients it means going to hospice, and toward death.

Congress never intended for this to happen. The attention the issue has gotten in Washington is moving things along. The Centers for Medicare and Medicaid Services (CMS) now says it can implement the home infusion benefit in 2019, but that’s not soon enough with so much at stake. We need to restore payment for this vital service next year — in 2018.

CMS can put this in place for next year if it uses a transitional reimbursement rate until it calculates new rates. This isn’t as complicated as it sounds — CURES already has a “limitation” based on the Medicare Physician Fee Schedule, which CMS can use to calculate the transition reimbursement.

This is not politics; we’ve talked to Congressional members of both parties who agree it was a mistake. But for many Americans now finding it harder to draw a breath or perform simple tasks, such as walking around their homes, this is a genuine crisis. It’s not economics, either; treating these patients at home is the least expensive way to serve this vulnerable population, and the Congressional Budget Office agrees .

In order to hack our way through the bureaucracy, we need Congress to move on this by April 28 so CMS can restore reimbursement in time for 2018. Doing so will undo the unintended consequences of this particular “Christmas miracle.” 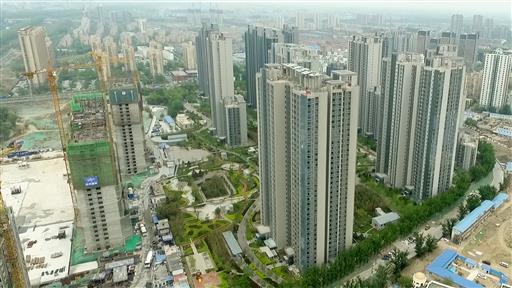 Wealth in China is sometimes just a river crossing away​

China's property boom is deepening the social divide between those who can invest in mega-city real estate and those who are prevented from doing so by decades-old rules. Video: Paolo Bosonin/Mark Masterton