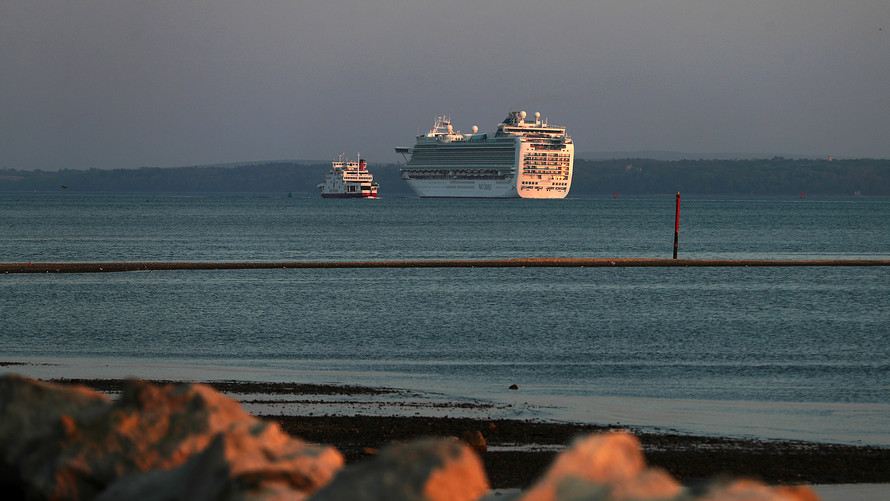 As of Tuesday, an island off the U.K.’s southern coast will become a petri dish for efforts to isolate and contain the third-biggest coronavirus outbreak in Europe.

“From tomorrow, we will begin to pilot test, track and trace on the Isle of Wight, starting with health professionals, then rolling out to all citizens,” said Health Secretary Matt Hancock, announcing the government’s contact-tracing plan at a daily coronavirus press briefing on Monday.

Health workers will be able to install the app Tuesday, followed by the rest of the island’s 141,000 citizens on Thursday, then across the U.K. later this month. The app alerts users to whether they have been in contact with someone who has reported Covid-19 symptoms, using Bluetooth to log which phones have been in proximity. It will also allow users to order a test if they have symptoms of the virus.

“Crucially, test, track and trace lets us take a more targeted approach to a lockdown,” Hancock said, adding that it can deliver on the mass the “scale the government needs in full consideration of privacy and security,” noting that it has already been tested in closed conditions at a Royal Air Force base.

“The pilot is important so that we can make sure the app works alongside the contact tracing system,” he said.

Other countries have been racing to develop tracing apps — South Korea was one of the first to set up such a system, which has been credited in part to the country’s success in combating the virus, though the U.K. has already faced resistance. More than a hundred cybersecurity experts released a joint statement outlining privacy concerns last week and there could also be legal challenges.

Read: Study shows Americans are divided over the idea of contact tracing

Hancock said the Isle of Wight is an ideal scenario to test the app due to its lower rate of coronavirus than the rest of the country. He urged everyone on the island to download it, but stressed that social distancing and stay-at-home measures are vital to keep pushing the virus’s curve down.

The U.K. reported 288 more deaths over the last 24 hours, for a total of 28,734 since the outbreak began, but the government is expected to announce plans to ease a nationwide lockdown in the next few days.