How Donald Trump became the ‘Showgirls’ of presidents

His tired shtick and failures have worn on Americans, who are increasingly wanting to move on from this bad movie 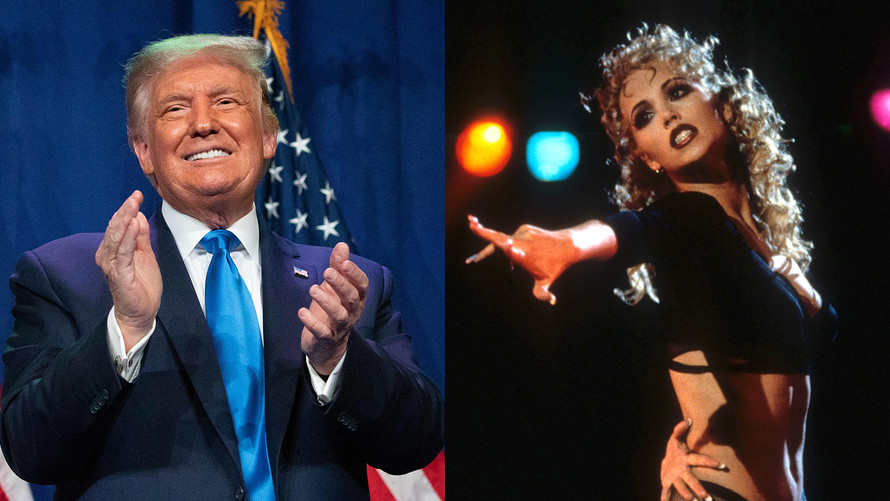 We read over the weekend that Donald Trump’s sister, Maryanne Trump Barry, said in private recordings that the president “has no principles,” frequently lies, is cruel and can’t be trusted.

The news had me thinking of a historically bad movie from the mid-1990s. This terrible movie helps make clear why we’re not shocked to hear a president’s sister describe her brother as someone unfit to hold public office, the kind of thing that would be unthinkable for any other president in modern history. Thinking about this movie also helps chart a possible way forward from Trump’s train wreck of a presidency. Bear with me — I’ll explain.

It’s been 25 years since the movie “Showgirls,” directed by Paul Verhoeven and starring Elizabeth Berkley, was released. It was considered at the time to be one of the worst movies ever made. I still remember some of the painfully bad dialogue. The movie, which chronicles the adventures of a stripper trying to make it as a Las Vegas showgirl, at first seemed shocking, but quickly became tiresome. When I saw it in the theater, people literally threw things at the screen. I walked out before it ended.

Donald Trump strikes me as the “Showgirls” of presidents. His act, at first shocking, is now simply tired. Even the president’s own response to the news of what his sister said about him seems to inadvertently acknowledge how worn out his routine has gotten. Trump said, in part, of the recordings: “Every day it’s something else, who cares.” Indeed.

To the extent that it might once have been seen by some as novel or perversely entertaining for Trump to mock a disabled man, insult a Gold Star family, or hurl debasing insults at women and people of color, it is no longer new and no longer anything but a national embarrassment.

Because we know who Donald Trump is, new revelations like those in the recordings of his sister are no longer a surprise; they are simply a confirmation of what we have already seen and heard. For a normal president, it would be shocking news. For Trump, it’s simply a reminder of what we witness every day.

American capitalism, as well as American democracy, depends centrally on individuals making good decisions. Consumers sit at the heart of capitalism: Their choices can determine which businesses succeed and which fail . But consumers are not perfect. They depend on others to give them the information needed to make good decisions, and when they receive bad or incomplete information, they can make mistakes.

Insiders and experts can help guide their choices, but consumers may not always seek out relevant information. For instance, I went to see “Showgirls” without having read a review. That was a mistake — but I learned from it when I left the movie early and told my friends how bad it was.

Some Trump voters and even former members of the administration have drawn a similar lesson. The Democratic convention featured a number of former Trump voters who explained why they are now voting for Joe Biden . Trump’s indecency, incompetence and mismanagement of the pandemic have made clear his failure as a president.

Voters, like consumers, depend on good information from insiders and experts to make informed choices. As James Madison wrote, voters are the central cog in our constitutional system, the primary check on government power spinning out of control. It is essential they receive accurate information about Trump and some of the most disturbing elements in the Republican Party, such as QAnon , which traffics in breathtaking, delusional, but dangerous, conspiracy theories. (QAnon’s adherents support Trump, and Trump welcomes their support.)

In the 10 weeks before the election, we need more people like Kasich, Taylor, Molinari and other Republican insiders, as well as regular citizens who now see their vote for Trump as a mistake, to stand up for constitutional democracy and simple common sense by endorsing Biden. This is not an ordinary partisan matter, but, rather, a question of distinguishing between right and wrong, decent and indecent, sanity and delusion.

There was no mainstream sequel to “Showgirls,” and it was essentially a career-ending movie for its star. Trump’s presidency merits the same fate: His actions, words and outrages make this clear. It’s up to voters to finally walk out of his tired show.

Chris Edelson is a columnist for MarketWatch and an assistant professor of government in American University’s School of Public Affairs. He has written two books on presidential power. Follow him @ChrisEdelson on Twitter.