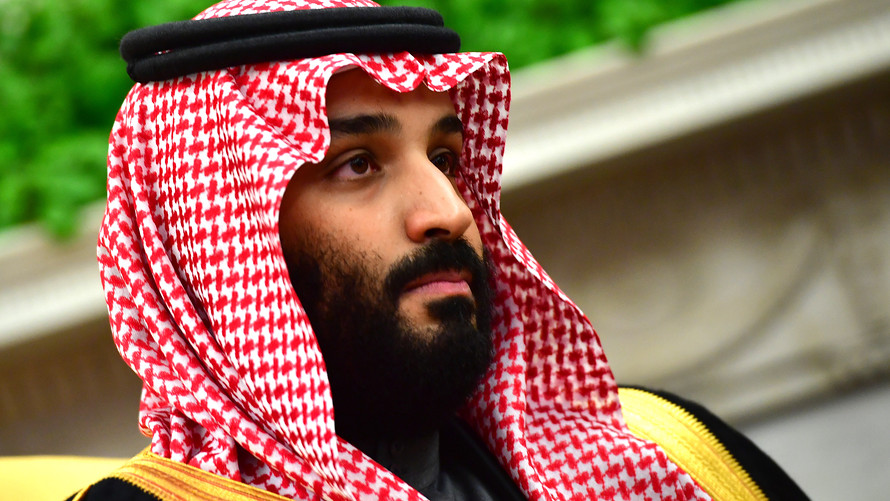 President Donald Trump’s decision to pull the U.S. out of a multilateral nuclear agreement with Iran and reimpose sanctions aimed at curbing Tehran’s oil sales is expected to create new fissures within the Organization of the Petroleum Exporting Countries.

It might be up to Saudi Arabia—and the United Arab Emirates—to thread the needle in coming months by boosting output without upsetting their partners.

OPEC and its allies, including Russia, have cooperated since early 2017 to curb output in an effort to reduce a global supply glut—an agreement that has seen surprisingly strong compliance and appears to be bearing fruit.

The bind, however, comes as Saudi Arabia — whose longstanding rivalry with Iran is growing hotter — pledged on Tuesday it would step in to help ”mitigate the impact of any potential supply shortages” caused by the renewed sanctions.

The question is whether the prospect of Saudi Arabia stepping in to take up market share with oil prices at 3 1/2-year highs could foster anger within OPEC and among allies. But Helima Croft, head of commodity strategy at RBC Capital Markets, argued that Saudi Arabia and United Arab Emirates both have enough “wiggle room” to put additional barrels on the market without wrecking the agreement on output curbs.

In the chart below, she notes that the countries, both of which backed Trump’s decision to exit from the nuclear accord, had cut production more than required this year. She estimates Saudi Arabia’s production is around 156,000 barrels a day under its ceiling, while U.A.E. is around 32,000 barrels a day short. 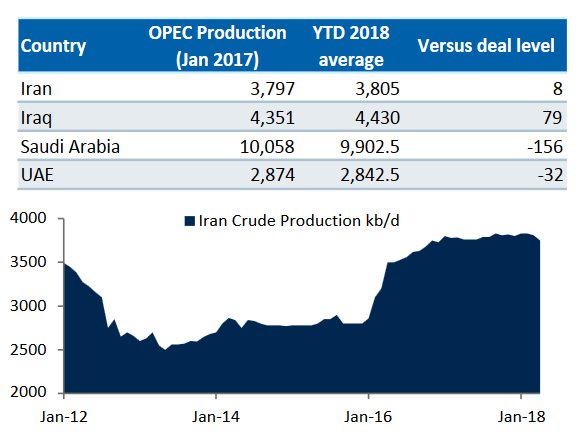 By increasing their actual output to quota levels “these two OPEC power players can help offset the direct Iranian barrel loss (Iran has operated at or slightly above its cap year-to-date) while keeping the overall agreement intact,” Croft wrote. “We do not see any need for OPEC to go back to the drawing board in June.”

It remains unclear how much the renewed sanctions will weigh on Iran’s oil exports. The previous round of sanctions cut exports by around 1 million barrels a day, analysts said. But since sanctions were lifted and exports recovered, Iran now exports more oil to countries, including India and China, that may be less inclined to curb their consumption.