How the West can overcome the Chinese juggernaut

The U.S. must articulate a clear vision of a new multilateralism 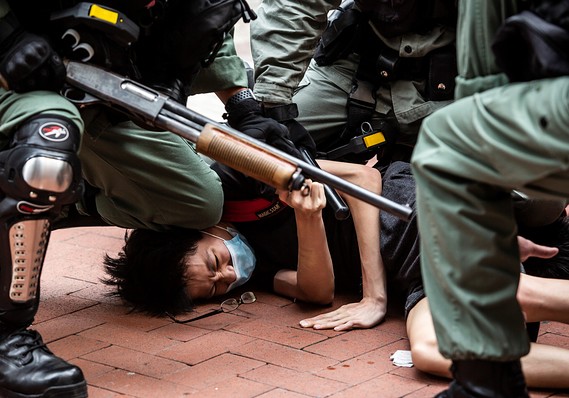 In the wake of COVID-19, Americans have developed an increasingly negative view of China , and the policy of integrating it into the Western commercial system to promote democratic reforms has been discredited.

After President Xi Jinping became head of the Chinese Communist Party in 2012, he set a course for China to offer a rival model of multilateralism, rather than integrate into the U.S.-led liberal world order, and imposed tighter controls on speech, the internet and ultimately his social credit system.

The collapse of the Soviet Union became his example of the perils of losing ideological sway over the population.

In the early weeks of the COVID-19 crisis, the apparent cooperation of WHO Director General Tedros Adhanom Ghebreyesus and bad advice from Health and Human Services Secretary Alex Azar may have encouraged President Donald Trump—and by derivation New York Gov. Andrew Cuomo —to initially play down the threat.

And since, Chinese leaders have hardly been forthcoming in admitting their lack of transparency in letting a mainland epidemic become a pandemic—inflicting great harm on Western economies.

China’s attempts to use money and materiel to extend its global influence illustrate Xi is happy to turn the crisis into his opportunity for greater global influence and his contempt for democratic institutions. He is tightening control in Hong Kong and tolerating a wave of domestic racism and xenophobia.

Africans living in China have been characterized as animals on social media and rounded up for quarantine even when they show no signs of COVID-19. A restaurant in Shenyang displayed a banner “Celebrating the epidemic in the United States and wishing coronavirus a nice trip to Japan.” Given Beijing tightly censors the internet and public speech, its tolerance of rancid conduct can be seen as an expression of CCP dogma by estoppel.

The Western alliance ejected Russia from the G-8 for invading Crimea. Certainly. America could refuse to sit down with China in the G20 and tolerate its continued participation in the World Trade Organization, the International Monetary Fund, IMF, World Bank and other venues.

We can make clear to Europe and other allies if they value their freedom and our friendship they can no longer profit from business with Russia and China, do too little for the common defense, or expect the American navy to guarantee their security.

Eleven nuclear aircraft carriers are not enough, and we can’t afford more.

America and Western Europe must recognize their own shortcomings and misconceptions. China and more autocratic leaning Eastern Europe were generally better able to contain the virus and economic damage with stricter measures.

We must accept that Bluetooth cell phone apps, collecting anonymized data about personal contacts, would be far more efficient and no more an invasion of personal privacy than thousands of trackers now being assembled by New York and other jurisdictions to interrogate those testing positive and folks identified for having recent contact. The misuse of data can be avoided much as iPhone protects personal financial information in its card-swipe technology.

Similar technologies can serve a lot of good by managing traffic and municipal transit systems, empowering law enforcement and generally reducing the hassles of urban life. We can do better with proper safeguards.

Efforts to revive our economies reveal the need to cultivate more personal self-restraint and financial decency. Large publicly traded companies with adequate liquidity , hotel magnates and richly endowed universities reaching for SBA cash intended for mom-and-pop businesses smells the decay in civic values that should not be tolerated.

Apart from shunning Xi and resisting the cynical among us, the Trump administration or its successor must articulate a clear vision of a new multilateralism among Western allies and developing nations willing to shoulder the burdens of sustaining human rights and democracy.

Substantial reforms and cooperation that safeguard the integrity of the WHO, WTO, NATO and other economic and security institutions are needed to resolve Western squabbles better than bullying with unilateral tariffs, shotgun renegotiation of trade agreements and bellicose boasting.

Trump has not offered such a vision, but only an alliance of the willing will have the resources to address the menace posed by the Chinese juggernaut.