Mental-health apps use scientific language, but do they actually work? 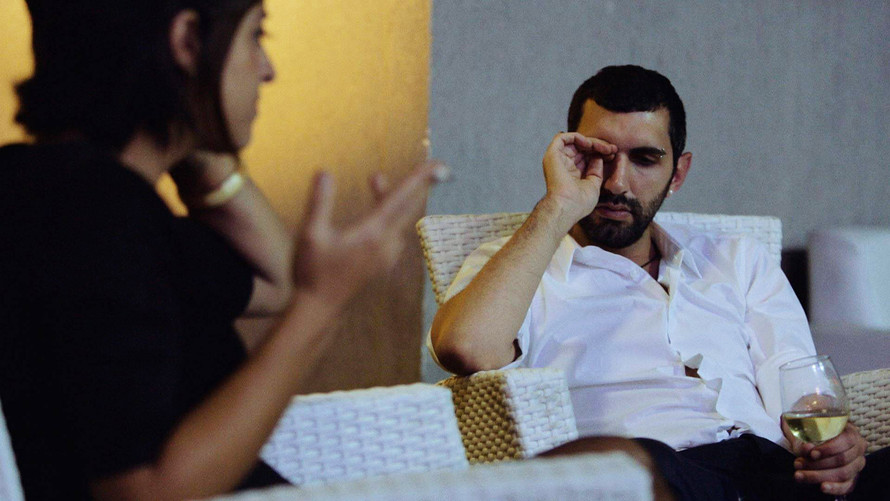 Courtesy Everett Collection
'Scientific language was the most frequently invoked form of support for use of mental health apps; however, high-quality evidence is not commonly described,' the study authors wrote.

Many mental-health apps may overstate their effectiveness.

“You’re kind of taking a leap of faith by using some of these things,” John Torous, a co-author of the study and a psychiatrist at the Harvard Medical School-affiliated Beth Israel Deaconess Medical Center, told MarketWatch.

‘You’re kind of taking a leap of faith by using some of these things.’

The study found that 64% of the apps made claims of effectiveness at mental-health diagnosis or improvements in mood, symptoms or self-management and 44% used scientific language to back up those claims. However, only 53% of the scientific methods outlined were linked to evidence found in academic literature.

“Scientific language was the most frequently invoked form of support for use of mental health apps; however, high-quality evidence is not commonly described,” the study authors wrote.

In fact, the “best evidence” offered by these apps came from the two apps (2.7%) that “described direct evidence associated with the app” and one app (1.4%) that “provided citation details to scientific literature,” they added.

When people turn to mental-health treatments that aren’t evidence-based or proven to be effective, Torous said it’s possible they aren’t receiving the care they should be receiving, or that they’re getting incorrect information from an app. “Evolving privacy concerns” about how their data is being shared or exposed also remain a chief risk, he said.

‘Scientific language was the most frequently invoked form of support for use of mental health apps.’

“You’re kind of relying on these digital health tools that we know very little about, and are often made of good intentions, but reflect someone else’s experience of mental health,” Torous said.

“In essence, you’re becoming an inadvertent research subject,” he said. “You’re taking on the risk of trying this treatment intervention.”

“There is the potential that apps could have the opposite effect of what they’re intended to do,” said Vaile Wright, director of research and special projects at the American Psychological Association, who was not involved in the present study. “They could make your symptoms increase. They could, in general, make you feel worse about yourself.”

Previous research has shone a skeptical light on the expansive catalog of mental health apps. For example, an analysis of 700 mindfulness-based apps found that just 4% “provided mindfulness training and education,” and another study of bipolar disorder apps found that their content was generally “not in line with practice guidelines or established self-management principles.” A 2018 review of mobile mental health apps found that a “majority of the apps that are currently available lack clinically validated evidence of their efficacy.”

‘There is the potential that apps could have the opposite effect of what they’re intended to do.’

—Vaile Wright, director of research and special projects at the American Psychological Association

Torous spoke highly of the Department of Veteran Affairs’ array of health apps , which includes apps for mood boosting and PTSD coping, and Intellicare , a Northwestern University app suite that’s part of a National Institutes of Health-funded research study. (He has no affiliation with either program.)

It’s hard to compile a static list of mental-health apps people should use because of the “dynamic landscape” at play, Torous said. New research on the topic comes at a steady pace, while the apps themselves continue to change, he added.

“What we can do,” he said, “is give people a framework to make informed decisions.” Here are some guidelines:

Even checking for the existence of a privacy policy “can actually eliminate a lot of bad apps very, very quickly,” Torous said. “If you can’t find it, that’s a pretty big red flag.” Find out how the app might collect, store and share your data, Wright said. You’ll typically find this information on the app’s website or user agreement, so read them carefully.

Look for mental-health apps that report having done independent peer-reviewed or randomized controlled trial research of the actual app, Wright said, even if it takes some digging. Take notice of who funded that research — especially if it was the app company itself — and beware of specious wording. An app description might play up valid research supporting the benefits of meditation, but does the research suggest this particular meditation app will work?

Be wary of claims that seem too good to be true, Wright added, “like a meditation app that says it’ll cure your PTSD” or similarly bold statement.

Others may have already reviewed the mental-health app of your choice. Practicing psychologists who are members of the American Psychological Association recently reviewed the meditation and mindfulness apps Headspace, Calm and Stop, Breathe & Think.

A Headspace spokeswoman told MarketWatch the company has a “seven-person, in-house science team.” She also pointed to peer-reviewed research in the journal Mindfulness. (Under the “conflict of interest” section in the paper, it notes that the four authors were employed by Headspace at the time of conducting that study.) The spokeswoman said several studies have shown that Headspace has “favorable outcomes,” including reduced stress, improved focus, increased compassion and decreased aggression.

A Stop, Breathe & Think spokeswoman said the app was “the result of almost two decades of working directly with youth in the field.” She added that the app’s team recently worked with Nicholas Schork, a professor at the nonprofit Translational Genomics Research Institute in Phoenix, Ariz. and would soon publish a large, peer-reviewed study showing the “significant impact” that regular use of Stop, Breathe & Think has on decreasing anxiety.

And Calm, in a statement provided by a spokeswoman, said the app had been developing studies with Arizona State University professor and Calm’s head of science, Jennifer Huberty, for more than four years. They have been studying the app’s “feasibility and effectiveness on diverse populations,” she said, including in a forthcoming study of blood cancer patients to be published in the Journal of Medical Internet Research’s publication Formative Research.

Preliminary results have found participants that used the Calm app reported “small effects on anxiety, depression, sleep disturbance, physical health, total symptom burden and fatigue,” she said. “Good science takes time, and it’s no huge surprise there is minimal literature on the effects of these apps using randomized controlled trials. We’re excited to continue to establish the evidence for Calm on various outcomes and populations.”

Consider how easy it is to use

Many people who download these apps don’t open them again, Torous said, or only use them once or twice. “People get excited to download an app, but it’s actually hard to really use it and stick with it,” he said. Make sure the app is viable for your particular lifestyle, he said. The American Psychiatric Association’s app evaluation model advises asking questions about whether the app requires an active internet connection and what platforms it works on, among other questions .

Apps are not a replacement for therapy. That said, Torous sees the potential for mental-health apps to extend or augment face-to-face care from a professional, so it’s important that you be able to share data collected by your app with a primary-care doctor or psychiatrist. Is there a way to retrieve an electronic version of your data, or at least print it out to show to someone?

Are you a young family thinking about budgeting, investing, saving for retirement or buying a home? We’d be eager to talk to you as part of a personal finance project we’re working on. E-mail raakhee.mirchandani@dowjones.com to learn more.