‘I felt violated.’ This man says he was fired for ‘gross insubordination’ for refusing to reveal his mother’s COVID-19 diagnosis

Christopher Wells told MarketWatch, ‘I felt I didn’t have a fair shot at securing my job’ 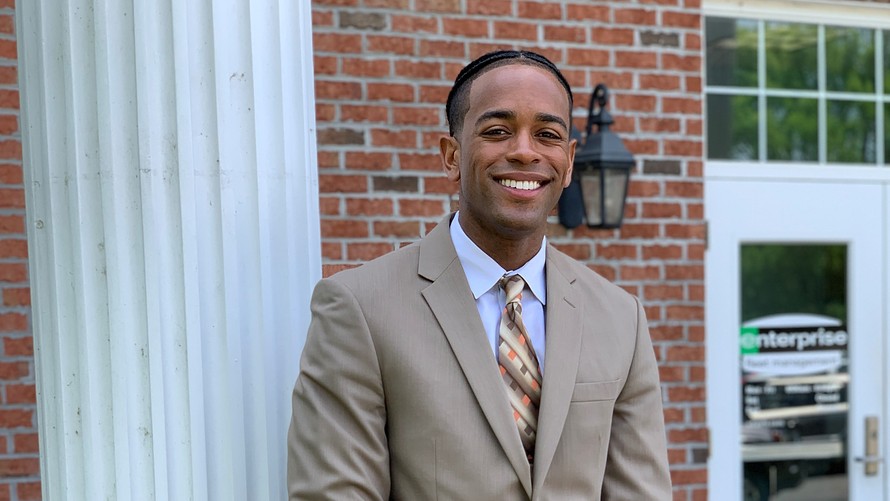 Christopher Wells believes his employer didn’t have any business seeing his mother’s COVID-19 test results. Now he’s out of a job and suing his prior company, alleging wrongful termination.

In a case highlighting thorny issues on medical privacy and public health during the coronavirus outbreak, Wells filed a lawsuit earlier this month alleging Enterprise Rent-A-Car went too far by asking him to relay results about his mother’s coronavirus test.

“I felt violated and I felt I didn’t have a fair shot at securing my job,” Wells, 28, said in an interview. The Virginia Beach man’s Norfolk Circuit Court lawsuit is seeking $450,000 in damages.

While the case works its way through court — like so many others related to the outbreak — companies are grappling with how they can safely bring back workers and customers. More than one-third of approximately 750 companies said one tactic will be COVID-19 screenings and assessments, according to a survey from Mercer , a human resources consulting firm.

Enterprise told MarketWatch that “now more than ever,” safeguarding worker and customer health was the company’s top priority. Wells and his lawyer say they understand that concern, but allege the company went about it the wrong way in this instance.

Wells was working as a management assistant in a Williamsburg branch for just over a year, making approximately $44,000 a year — as well as between $12,000 to $15,000 by waiting tables on the side.

In mid-March, he saw his mother at his sister’s birthday party. His mother left early and didn’t dance, which wasn’t like her, Wells noted.

A doctor later diagnosed her with the flu and an upper respiratory infection, Wells said. Though she ultimately got a COVID-19 test, Wells said she has not shared the results with him. (He said his mom is better now and the pair do virtual fitness classes together, he noted to MarketWatch.)

Dispatches from a pandemic : Letter from New York: ‘When I hear an ambulance, I wonder if there’s a coronavirus patient inside. Are there more 911 calls, or do I notice every distant siren?’

Wells said he told his bosses at the time that his mother wasn’t feeling well, but they didn’t tell him to self-isolate or take other precautionary steps.

That changed at the end of March when the company received an anonymous call from a person alleging Wells may have been exposed to the virus, according to the lawsuit.

A human resources official told Wells to get tested, and, in an April 2 termination letter, said he was refusing to get tested. “I also asked that you follow up with your family member and keep me posted on your status, as well as your family member test results,” the letter said, noting it had been difficult to get a hold of Wells.

‘The health and safety of our employees and customers is our No. 1 priority. We do not have any further comment on this specific case at this time.’

Wells said at one point he lost his sense of taste and smell. At the time, he attributed it to allergies, he told MarketWatch. After Wells told company officials, he was taken off a shift and advised to contact his medical provider, the letter noted.

In late April, the Centers for Disease Control and Prevention added the new loss of taste or smell as a potential symptom for coronavirus infection.

The termination letter said Wells was being “reckless given the current pandemic,” and fired him for “gross insubordination.”

Wells and his attorney say he wasn’t refusing a test. He was planning to get a test on his upcoming week off, but he was fired before getting a chance.

“Now more than ever, the health and safety of our employees and customers is our No. 1 priority. We do not have any further comment on this specific case at this time,” an Enterprise spokeswoman told MarketWatch.

Wells, now out of a job, never ending up getting a test. He said as he looked into getting a test, but maintains that he didn’t fit the criteria to get testing because he didn’t have enough symptoms.

Wells’ lawsuit says he was fired for refusing to go along with Enterprise’s request and alleges that his former company violated Health Insurance Portability and Accountability Act (HIPAA) privacy laws that protect his mother’s medical records.

‘As Americans return to work, they may discover that they have very few legal protections against requests for medical information from their employers.’

Jessica Roberts, who specializes in genetics and disability law at the University of Houston Law Center

Employers do have the right to take a worker’s temperature and ban workers who refuse temperature checks or won’t answer questions about whether they have COVID-19 symptoms or have been tested, according to the Equal Employment Opportunity Commission, a federal regulator.

But the EEOC advises companies to avoid questions about a family members.

When MarketWatch asked about companies seeking information about a worker’s relatives, an EEOC spokeswoman cited a recent agency presentation.

According to Rennert’s presentation in late March , “A better question from a public-health and workforce management perspective is whether an individual has had contact with anyone who the employee knows has been diagnosed with COVID-19, or who may have symptoms associated with the disease. From EEOC’s perspective, this general question is more sound.”

Don’t miss: ‘Opening up does not mean social activities’: Your coronavirus guide to safely commuting, shopping, traveling and visiting the doctor as states reopen

Professor Jessica Roberts, who specializes in genetics and disability law at the University of Houston Law Center, says the current legal landscape is not so clear cut.

The medical privacy protections in Wells’ suit might not apply, and a law like GINA might not cover the case too, in Roberts’ view. The law forbids probing into a worker’s family medical history, but based on her interpretations of past court decisions, Roberts said it’s not clear that coronavirus test results would count.

“Unfortunately, as Americans return to work, they may discover that they have very few legal protections against requests for medical information from their employers,” said Roberts, the author of “Healthism: Health-Status Discrimination and the Law.”

“I think this is a difficult case to win under the current federal law, at least as I understand it,” Roberts said.

Back in Virginia, Montgomery said HIPAA medical privacy laws could be used. If a doctor or health-care provider made an unauthorized disclosure of patient information, they could be liable, he said. Enterprise was allegedly trying to make Wells assist with the disclosure, Montgomery said.

Meanwhile, Wells is planning ahead. He’s lost his Enterprise job, and his waiter job after the restaurant closed. He planned to buy a condominium apartment, but the plans were cancelled after losing his job.

When Wells’ lease is up at the end of June, he’s planning to move in with his brother, adding, “I can no longer afford my life.”