I married ‘the life of the party’ — but he’s different at home. He takes his money woes out on me and calls me a ‘gold digger’

‘He was a generous man and financially stable, or so I thought’ 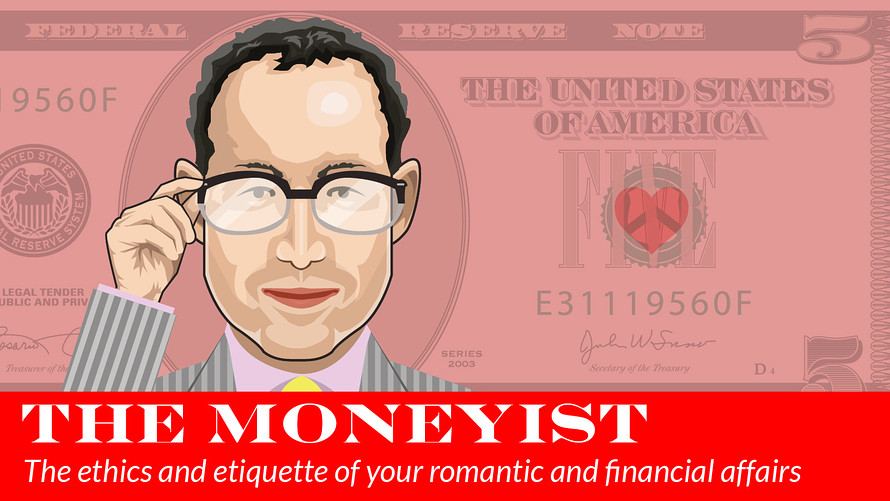 I don’t know where to start. So I will start at the beginning. I met a man at a friend’s wedding a few years ago. He was charming in that British-man-in-America sort of way (Hugh Grant has a lot to answer for), he told jokes (perhaps too many jokes, in retrospect) and made me laugh (at first). He was the life of the party, with a wide circle of friends, and everyone seemed to love him.

He also had a very lavish, conspicuous lifestyle: He had a house upstate where he entertained his friends at weekends, he sailed in the summer, and he was regularly photographed at charity events on both sides of the Atlantic. He posted photos of himself on Facebook at Royal Ascot for several years (before the coronavirus pandemic). He seemed like the most popular guy in the world.

‘The first six months were good, the next three years? There are three topics: My husband, his business and his family.’

He was a generous man and financially stable, or so I thought. Of course, his success and ease with which he seemed to navigate the world made him attractive to me, but I fell in love with him, and when he proposed, I said yes.

The first six months were good. The next three years? Let’s just say there are three topics of conversation: my husband, his failing business and his terrible family. The pandemic hurt the already shaky family firm.

As his financial troubles worsened over the course of our marriage, he became short-tempered. I attributed that to the stress he was under. He actually shared this business with two brothers, so his expense account and “champagne lifestyle” were being funded by his family as much as actual profit. In fact, it soon became clear that he was neither the brain nor the brawn of the operation.

Our life has descended into stress and instability. His flashes of anger appear with increasing frequency, as do his allegations that I am a gold digger, which conveniently cast me as a villain deserving of no respect. For the record, I always work and pay my own way. (Six months ago, he pushed me and I fell backwards over the arm of a sofa. Fortunately, it broke my fall.)

I have no idea who this man is. His friends, as much as one could call them that, deserted him a couple of years ago when the expense account ran out. He ridicules me, holds over my head the fact that I wanted a child (I’m 38), and did not hide his disgust last year at the birthday gift I got him (a photo album of our courtship, in addition to a dinner and silver cufflinks).

I’m exhausted. There is only one person in the world who matters, and it’s him. Some days he’s up and friendly, usually when we are on Zoom calls with family and (my) friends, but when that camera is off, you better watch out. I’m living with a stranger. I have no clue what will happen next. His birthday is coming up in March, and I am dreading choosing a gift for him after last year.

What would you get him for this birthday? Any other suggestions about what I should do?

A ticket to London, England. One way.

But your situation is quite different from my hypothetical one. I’m not sure it’s possible to know who you married if he doesn’t know who he is himself. Hugh Grant has actually come into his own playing villains and rogues (Jeremy Thorpe in “A Very British Scandal” on Netflix (NAS:NFLX) , Phoenix Buchanan in “Paddington 2” and Jonathan Fraser in “The Undoing” on HBO).

In each role, he was playing a man with many faces, but was not who others believed him to be in either role, and I’m not sure Thorpe, a real-life British politician; Fraser, a fictional character who may or may not be a murderer; and Buchanan, a cartoon villain of many disguises, knew who they were either. In fact, they each went to great lengths to present many saintly faces to the world.

I suspect the same is true for your husband. Is he an amusing, camera-ready socialite and life-of-the-party and risk-taking business mogul by day, and a bumbling, scowling ne’er-do-well and black sheep of his family by night? If he doesn’t know who he is, and where his own values lie — and value lies — I can’t blame you for not knowing. Rule No. 1: Don’t blame yourself.

I do not believe you are a “gold digger,” but I do believe that you bought into whatever it was he was selling to the world: a debonair, bicontinental bon vivant who had not a care in the world and who got by on chutzpah, smarts (let’s assume), likability and talent for navigating “high society.” That’s natural. We tend to believe who people say they are, unless we have reason to doubt them.

For every Jeffrey Epstein or Robert Maxwell, there are a thousand Phoenix Buchanans. Everything and nothing in life is about money. A child is not a bargaining chip. A marriage certificate or property deed is not a life sentence. A birthday present is not a time bomb. Presenting oneself as a success on social media is not real life. It is the 21st-century version of Buchanan’s act at the village fête.

When domestic violence or emotional abuse rear their head, the fear persists. That’s why domestic abuse includes coercion, threats, stalking, intimidation, isolation, degradation and control. Once is enough for a physical altercation or force. When will it happen again? Today? Tonight? Tomorrow? Any moment now? Close your eyes. Imagine your dream life. And choose that.

The door is waiting for you, if you choose to walk through it.

<STRONG>You can email The Moneyist with any financial and ethical questions at qfottrell@marketwatch.com</STRONG>

Also see: ‘We’ve seen an alarming spike in domestic violence reports:’ For some women, it’s not safe to leave the house OR stay home

<STRONG>Hello there, MarketWatchers. Check out <INTERNET URL="https://www.facebook.com/groups/moneyist/" LOCATION="EXTERNAL">the Moneyist private Facebook</INTERNET><PHRASE TYPE="COMPANY" SIGNIFICANCE="PASSING-MENTION"><SYMBOL COUNTRY="US" TICKER="FB"></SYMBOL></PHRASE> group where we look for answers to life’s thorniest money issues. Readers write in to me with all sorts of dilemmas. Post your questions, tell me what you want to know more about, or weigh in on the latest Moneyist columns.</STRONG>