If it’s not enhanced unemployment benefits, why are people turning down jobs?

Some people are finding it difficult to get a job, while others need to find affordable child care, home help or even transportation 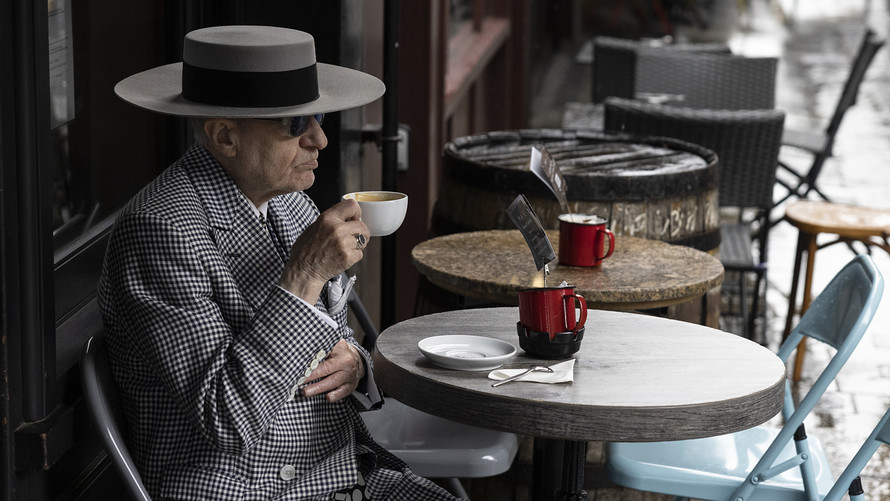 Getty Images
Life of Reilly? Many Americans say they are not living la vida loca due to enhanced unemployment benefits, and are desperate to work again.

The U.S. added a modest 559,000 new jobs in May even though most companies are eager to hire, signaling that labor and supply shortages are holding back an economic recovery.

The increase in employment in May fell short of Wall Street expectations. Economists surveyed by Dow Jones and The Wall Street Journal had forecast 671,000 new jobs. The unemployment rate, meanwhile, slipped in May to a pandemic low of 5.8% from 6.1%. Yet the official rate almost certainly understates the true level of unemployment by 2 to 3 percentage points, economists say.

What’s more, others say many people are likely being hired back, whether at their old jobs or at new companies, but are not working full time, or putting in the same amount of hours they did pre-pandemic. Many older Americans have simply dropped out of the labor force and retired, while some younger people could have chosen the COVID-related downturn to go back to college and further their education, aided by remote learning.

‘Many older Americans have simply dropped out of the labor force and retired, while younger people may have chosen the COVID-related downturn to further their education, aided by remote learning.’

Employers have said that enhanced government unemployment benefits have actually given people less reason to take a job. The Biden administration approved $300 in extra federal benefits each week to unemployed workers last March as part of a $1.9 trillion stimulus bill.

In Colorado, for instance, 88% of business owners say they are concerned about enhanced unemployment insurance benefits due to the coronavirus pandemic, a report released last week by the Colorado Chamber of Commerce concluded.

“The American Rescue Plan makes important strides toward improving outcomes in coming months,” said Melat Kassa, research assistant at the Economic Policy Institute, a progressive think tank, and co-author of a report on how low-wage, low-hours workers were hit hardest in the pandemic-induced recession.

“But permanent structural reforms are needed to make sure the most vulnerable and historically disadvantaged in our labor market realize the benefits of a growing economy and are better protected during the next disaster,” Kassa added.

But a recent poll of 1,000 unemployed workers by CNBC and Morning Consult told a different story . Respondents said the trickle-down effect of job openings had not reached them — at least, not yet. Some 87% said they had not received job offers in the last six months.

What’s more, 65% of those surveyed said unemployment benefits were not a factor in their rejecting a job. Instead, they cited too-low salary (36%), concerns about COVID-19 (35%) and the need to care for family (31%). In fact, 76% of those offered a new position said the proposed wages were lower than their prior job.

“The pandemic recession is unusual in how focused its job losses were on low-wage workers,” Kassa said. Women and Asian American and Pacific Islander (AAPI) workers experienced disproportionate losses in the leisure and hospitality sector, the report she co-authored concluded.

That adds to a body of evidence showing there are two Americas. People of color and women have been most severely impacted by the pandemic and have had fewer opportunities to work from home during the pandemic, while many people have given up trying to find a job that will put enough food on the table.

Some states, including Arizona, Montana and Ohio, are offering return-to-work bonuses of up to $2,000 to incentivize workers to get reemployed. In addition, Arizona is providing funds to cover three month’s worth of child-care costs for those who return to work and earn less than $25 an hour.

‘Monthly child-care costs can feel like an extra mortgage payment, especially if you live in an expensive area or have more than one kid.’

About half of parents (52%) with children aged 12 and under said in an October 2020 survey conducted by the Pew Research Center that it has been a challenge to handle child-care responsibilities during the pandemic. That was up from 38% in March 2020.

More than half of parents with children under 18 have altered their work schedule to take care of their children, a separate Bankrate survey found. “Monthly child-care costs can feel like an extra mortgage payment, especially if you live in an expensive area or have more than one kid,” said Ted Rossman, a senior industry analyst at Bankrate.

Large companies frequently outsource the hiring process. Approximately 75% of recruiters and talent managers use at least some form of recruiting or applicant-tracking software. That leaves applicants at the mercy of A.I., meaning the right candidate may not make the digital cut.

Writing in the Harvard Business Review , Peter Cappelli, the George W. Taylor professor of management at the Wharton School and a director of its Center for Human Resources, advises companies to track the percentage of openings filled from within and require that all openings be posted internally.

He says companies should take more responsibility for the hiring process from start to finish, including designing jobs with realistic requirements, reconsidering their focus on “passive” candidates (those, in other words, who are not currently seeking a job) and understanding the limits of internal referrals.

Still, many employers and lawmakers believe the extra unemployment benefits are the reason some employers can’t fill positions. The $300-a-week benefit is set to expire in early September for Americans. But more than 3.6 million recipients will soon be cut off in 22 Republican-led states that are ending it early.

Once again, however, the reality behind the headlines appears to be more complicated. “[E]ach month in early 2021, about seven out of 28 unemployed individuals receive job offers that they would normally accept, but one of the seven decides to decline the offer due to the availability of the extra $300 per week in UI payments,” economists estimated in a recent report published by the San Francisco Federal Reserve .

Not everyone is buying that story. “Recovery is in sight for many Colorado businesses,” Chuck Berry, the president of the Colorado Chamber of Commerce, said in a statement, “but the legislature still must confront major policy issues to get our economy back on track.”

(Elisabeth Buchwald and Jeffry Bartash contributed to this story.)