In a deeply-divided Senate, there’s a ray of hope for this big tax break for millions of families

A family spent a monthly average of $715 on child care or $8,580 over the year, according to one analysis on rising health-care costs by Freddie Mac 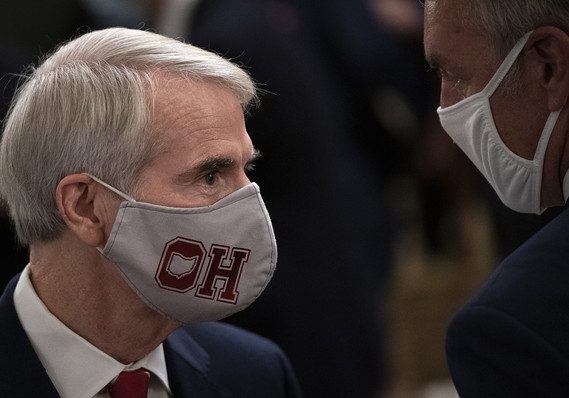 Sen. Rob Portman, a Republican from Ohio, signaled his openness to expanding the child-tax credit as a way to help families that are trying to juggle work responsibilities and child-care obligations in the new normal.

“I think in the context of COVID, that might be an area for some bipartisanship because of the loss of child care,” he said, “and the concerns that people have about people being able to get back to work.”

“That credit might be an interesting way to help address that challenge right now,” Portman, a member of the Senate’s Finance Committee, said on a Friday morning webinar hosted by the think tank Tax Policy Center.

The pandemic could wipe out almost 4.5 million licensed child-care slots as child-care centers close because of factors like reduced space and hours that can’t sustain the high-cost operations, according to estimates earlier this year from the left-leaning Center for American Progress.

That leaves parents with fewer options except to rearrange schedules or work less so they can watch their kids. What’s more, a family spent a monthly average of $715 on child care or $8,580 over the year, according to a January analysis on rising health-care costs by Freddie Mac /zigman2/quotes/202741363/delayed FMCC -1.28% .

Right now, the Child Tax Credit pays up to $2,000 per qualifying child, according to Internal Revenue Service rules. The child needs to be under age 17, and the credit starts to phase out at $200,000 for single filers and $400,000 for married couples filing jointly.

The Trump administration’s 2017 Tax Cuts and Jobs Act increased the credit to $2,000 from $1,000. Like other aspects of the Trump administration tax code overhaul, the Child Tax Credit is currently slated to expire at the end of 2025. Without future law changes, the break will then revert to $1,000.

Joe Biden, Trump’s Democratic challenger, says the credit should be increased to $4,000 per child. The HEROES act — a $3.4 trillion relief bill passed by the Democratic-controlled House of Representatives in the spring — called to expand the credit to $3,000 for most children and $3,600 for kids under age 6.

Portman didn’t get specific on how much larger the credit ought to become. A press representative couldn’t immediately be reached for comment.

A child-tax credit with broader eligibility rules and payouts could do a lot of good, one recent study suggests.

“The lowest income children are entirely excluded from the benefits of the credit, and many children growing up in working class households are not eligible for the full credit,” according to researchers at Stanford Law School and Syracuse University.

Black and Hispanic children were “much less likely” than white children to get the full credit, they wrote in a paper released in October by the National Bureau of Economic Research.

The Child Tax Credit isn’t the only provision geared at families. For example, there’s the Child and Dependent Care Credit. A household can claim up to $3,000 in care expenses for children and dependent adults, or $6,000 for two or more qualifying dependents.

Federal lawmakers have missed the chance to pass a stimulus bill before Election Day and crucial consumer deadlines are looming. But Portman said he hopes Capitol Hill can cobble together another relief bill in the lame duck session before the year’s end. “Let’s get us through this tough patch,” he said.