Inside the Aurora Cannabis move into the U.S. CBD market 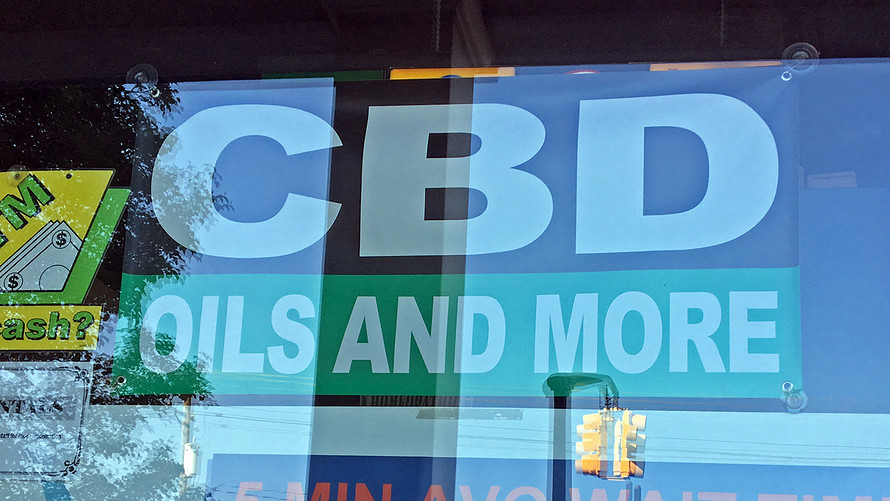 Silvia Ascarelli/MarketWatch
Reliva is not profitable on a standard basis.

The courtship between Aurora Cannabis Inc. and Reliva began, as many such romances do, at a gathering of industry bigwigs and bankers.

It was not quite love at first sight.

Well ahead of the first meeting at a 2019 conference run by an investment bank, Aurora /zigman2/quotes/210559470/composite ACB -4.89%   /zigman2/quotes/203734337/delayed CA:ACB -5.16%  had been shopping for a way to enter the U.S. market for some time, saying so publicly on earnings calls and in interviews with MarketWatch. But it took Aurora months to seriously vet Reliva as an acquisition target, the chief executives at both companies told MarketWatch in a telephone interview this week.

Months after that first meeting, Aurora’s executive team flew to Boston and met with Reliva, a company that specializes in cannabidiol, or CBD. For 48 hours, bosses from Aurora and Reliva visited wholesale and bricks-and-mortar stores and talked about the business, with Aurora interim CEO Michael Singer telling MarketWatch they learned enough in those two days to begin seriously evaluating Reliva.

“We learned a lot about Miguel [Martin] and a lot about the Reliva story, and he got to learn about the Aurora corporate story,” Singer said in a telephone interview. “When we think about [Aurora’s] reset plan, we think this was a responsible and strategic acquisition. It’s not just about the U.S.”

Aurora’s lawyers worked furiously to vet Reliva, checking out its operations, staff and intellectual property, though Singer says there was not much IP to consider. Reliva CEO Miguel Martin and other top staff visited Aurora’s board in Toronto — at a time when that was still possible — and several “long and thoughtful conversations” occurred before both sides became comfortable enough to wed, Singer said.

Closely held Reliva had already been trying to attract capital: it had been out looking for cash at $40 million pre-money valuation from venture capitalists, among others, according to two people familiar with the matter. That would be roughly three times Reliva’s annual revenue of $13 million to $14 million, Aurora confirmed Friday.

Instead, Reliva accepted $40 million in Aurora stock to sell the company outright, with another $45 million in potential earn-outs, as the companies announced Wednesday. When Aurora announced the deal, its largely retail investor base reacted positively, bidding up the price of Aurora stock after shares had already posted two days of 50% gains in response to its earnings report.

If successful, the acquisition will help Aurora establish a beachhead in the U.S. via a CBD asset and help to grow its partnership with Ultimate Fighting Championship , which is owned by a number of closely held venture-capital firms. But analysts are not portraying the deal as a no-doubt home run. Jefferies lowered its price target on Aurora stock to C$12 ($9.99) from C$14, to take into account estimates for Reliva.

In a note to clients Friday, Jefferies analyst Owen Bennett wrote that the deal’s timing and this particular acquisition is odd and the company’s focus on adjusted profits warrants a “close look.” In the news release announcing the deal, Aurora touted Reliva as “profitable,” but Singer told MarketWatch it meant on an adjusted basis, not using standard accounting.

“There is still no permanent CEO to lead this CBD push, the CBD space is experiencing significant headwinds currently, there is further dilution at a questionable multiple which has been a criticism of the past,” Bennett wrote. “Further, it potentially clouds the true underlying [earnings before interest taxes deductions amortization] delivery in [the first quarter] which could now be propped up by this deal.”

Reliva operates in a crowded market — there are likely hundreds of companies in the U.S. making cannabidiol, or CBD products — that is difficult to stand out in. While Aurora cited a report predicting the “CBD opportunity” to be $24 billion, the U.S. Food and Drug Administration has not issued clear guidance on the substance. Cannabis with tiny amounts of THC, called hemp, was legalized by the U.S. congress in late 2018, but the FDA has made clear that it is illegal to make food, drinks and cosmetic products with CBD as it figures out how to regulate the compound.

Martin says that while the FDA’s stance is important, he’s equally focused on state legalization — 41 have passed laws around CBD, which is a nonintoxicating compound found in the marijuana plant.

Reliva makes CBD products, but its true strength lies in its distribution network. Martin says that there are about 50,000 stores that sell CBD in the U.S. at the moment, and his company is selling products in 20,000 of them. And when Martin talks about stores, he’s referring to convenience stores like Circle K, which is owned by Alimentation Couche-Tard Inc.   , a multinational operator of convenience stores based in Laval, Quebec.

Price could be key amid the COVID-19 pandemic, with Martin noting that disposable incomes are down. It could also hurt the business overall, though, as Martin admitted that the pandemic has impacted sales with a serious decline in foot traffic at convenience stores.

Martin said products have remained for sale, but the impact is unclear for the busy season — that’s May to September for the sorts of retailers on which Reliva relies. The summer months tend to be more lucrative quite simply because the weather is better.

“We have a seasonal business,” Martin said in a telephone interview.