Investors should be cautious with a potential bull trap in play 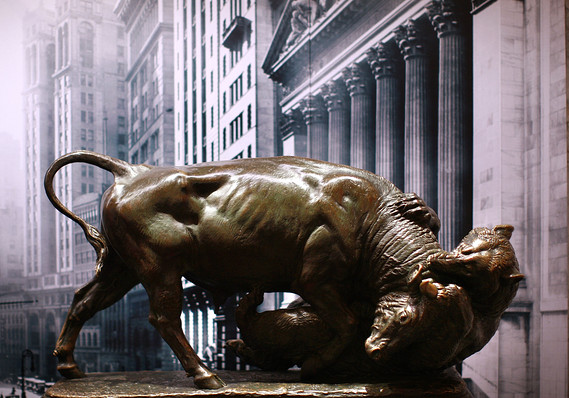 It's happened before and it can happen again — deceived investors piling onto an all-time-high in the stock market only to find themselves victims of a "bull trap." For those new to the term, a bull trap is simply a humbling false market signal, and we're living right in the middle of potentially one of the biggest ever.

In 2007, the market had become long in the tooth after rebounding from the pop of the tech bubble. The S&P 500 corrected mid year and as the market began to show signs of fatigue, it managed to scrape higher, printing a new all-time high, which also brought excitement to investors and professionals everywhere. "The bull market was back!" There was nothing to worry about ... but they were wrong. 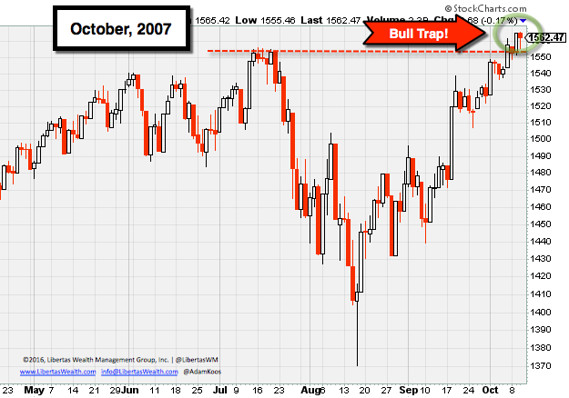 While the index did, in fact, print new highs, it couldn't hold on for very long. Daydreaming investors walked right into the trap like a herd of Pokemon Go zombies, staggering toward a Vaporeon in Central Park (please trust me, I had to look the name up). When the pendulum swung the other direction, there were virtually no buyers left to sell these victims' shares as the market began to plummet to the tune of almost -58% over the following 18 months. 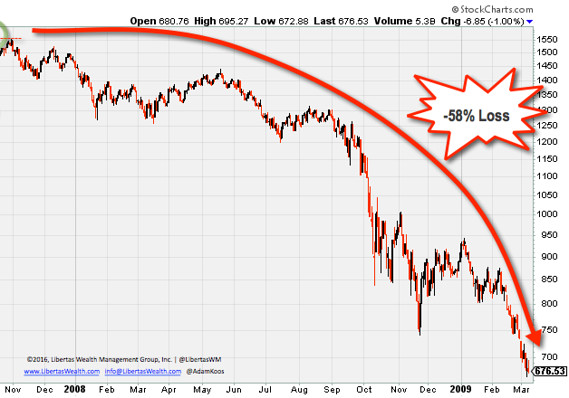 Said another way, it took the market mere months to completely obliterate most, if not all of the gains accumulated by the average investor over the course of the preceding years . Since the bottom of The Great Recession in March of 2009, the market has clawed its way to the title of "Second-Longest Bull Market in History."

So, here we are today, squeaking by with new all-time highs, and all the news is about the next big leg of another healthy bull market. 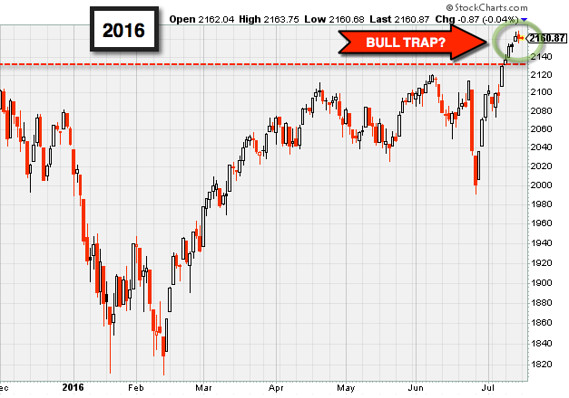 But is this really what lies ahead? Steady gains to continued, new highs? No one really knows, myself included. However, I want to be prepared for whatever lies ahead.

One thing is absolutely certain and that is the simple fact that bear markets always , eventually follow bull markets. Also, it's important to note that history has shown that, the longer the bull market, the longer it takes for the following bear market to present itself. This particular bear-market cycle could be extended simply due to the Federal Reserve, low (and even negative) rates, stimulus packages, and central banks around the world using their power to buy stocks and drive market prices northward.

The single biggest reason bull markets come to an end is because the price of stocks rise to a point at which investors no longer see value in owning them. What seems to accompany each bounce in the market is:

Regarding number one, typically, volume drops when a bull market is long in the tooth. Since the February lows when trading volume on the NYSE stood at around 4.9 billion, while the market has had a good run off those lows, Monday's volume stood at less than three billion.

With regard to number two, between the last two market tops, the percentage of companies on the NYSE that are down more than 20% off their highs actually rose from 25% in May to over 33% in July. But why is no one noticing these developments? The answer? Because everyone watches the Dow and the S&P 500, which are both dominated by large companies.

When market crashes occur, it starts with the small caps, then bleeds into the mid caps, and eventually all the buying climbs the ladder toward safety, dividends, and yield in utilities, metals, materials, REITs and blue chips — exactly the stocks that have been exhibiting the most strength lately. Coincidence?

Remember, most mutual funds and ETFs cannot get out of the market and go to cash. So for now, both investors and mutual-fund managers alike are looking for stuff they can buy that seems safe, has a dividend, and provides some sort of gain before it's too late. The more who pile into these deceptively "safe" stock investments, the tighter the trade gets, and the bigger the fallout when (not if) the end arrives.

Again, the age-old bull trap has taken place in the past, and it can happen again. The lesson here is to be awake, aware, and to have a plan of action for each and every scenario that may come to fruition from this point forward.