Is the Trump Trade a chump trade?

Rob Isbitts is the founder of Sungarden Investment Research, an investment management and equity research firm. Over the past three decades, Rob has managed daily liquid portfolios through diverse market conditions. He created several investment strategies, including the Sungarden Hedged Dividend portfolio, an alternative approach to the pursuit of income, preservation and long-term growth. Rob has managed mutual funds and authored two books. He can be followed on Twitter @robisbitts. 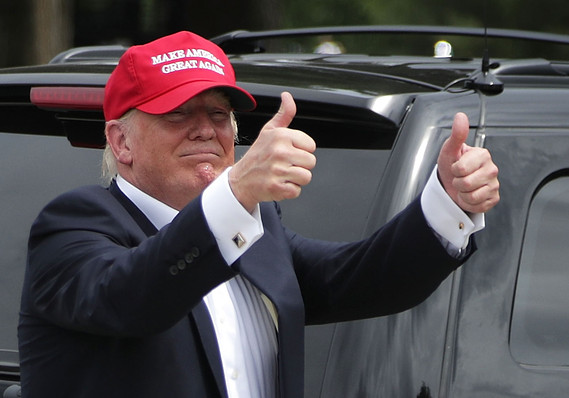 You have to hand it to The Donald. His surprising U.S. election victory has energized many parts of the financial markets, while spurring vicious selloffs in other segments of the investment world. The shifts made by pension funds, mutual funds, individual investors and others occurred quickly and ferociously, which naturally makes contrarian-types like me take a step back and ask if this is just another market "sugar high."

The Trump trade has lifted spirits in many parts of the investment community, especially the mainstream Wall Street pundits who are always looking for another excuse to extend what may soon be the longest bull-market cycle in modern history. But are those who dive headfirst into the Trump Trade liable to look like chumps when the reality sets in that the anticipated surge in spending and economic investment could have some major casualties down the road? Is the stock market on its way to pricing itself for perfection, when there is no such thing in investing?

Let's examine some key market areas and assess the reward/risk tradeoffs, highlighting some of the most volatile market segments from just before the election through Black Friday (20-day trailing returns as of Nov. 25, 2016, close):

Sectors: The hot and cold

Transportation stocks like railroads, shippers and airlines are flying (pun intended) since the election on speculation that a gigantic fiscal stimulus will jump start the U.S. economy. Bank stocks have posted big gains on speculation that reduction in regulation and higher interest rates, plus that stimulus, will allow them to return to more active lending activities.

Biotechs have rallied because Hillary Clinton was assumed to be tougher on drug pricing than Trump. But not so fast, I say. While this rally can continue for a while, it is still largely speculation, and there will reach a point where these stocks, which were having a pretty good year before Trump-onomics stepped in, will be priced beyond reasonable valuations. Meanwhile, REITs took a hit from higher rates, but dividend stocks in general have performed well.

Like much of 2015, 2016 has been a rough time for growth stocks vs. their value stock brethren. The election has not changed that, as growth still lags. Consumer goods and tech companies are the main culprits, but the weak returns from growth equities is a continued overhang on the market's long-term outlook.

The punditry says that small caps are U.S.-based, which means Trump's U.S.-first approach to trade will favor such businesses. But this particular move seems to have been to the exclusion of everything else, as non-U.S. stocks, large caps, and the Nasdaq have bitten small caps' dust since the election. The defensive investor in me is wary of such frenzies, just as I know that caffeine consumed in the morning does not keep you buzzed all day.