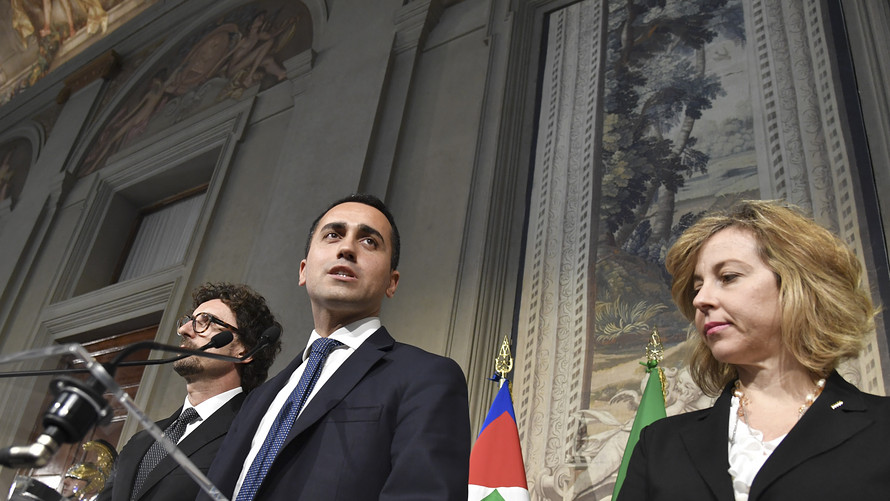 Italy’s FTSE MIB Index /zigman2/quotes/210598024/delayed IT:I945 +2.41%  slumped 1.5% to 23,449.65, as political developments in the country flustered markets. The index declined by 2.9% on the week, its largest weekly percentage decline since early March during the general election. 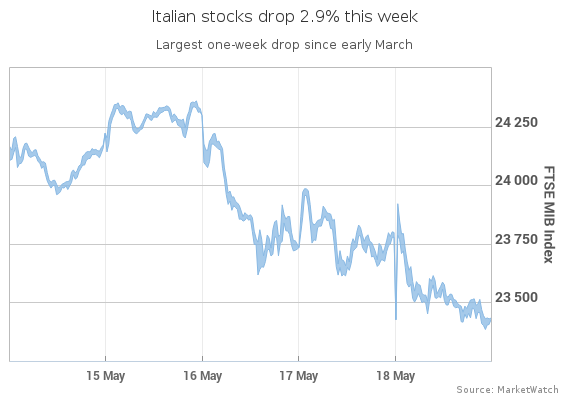