The U.S. and China both need to reach an agreement, and soon 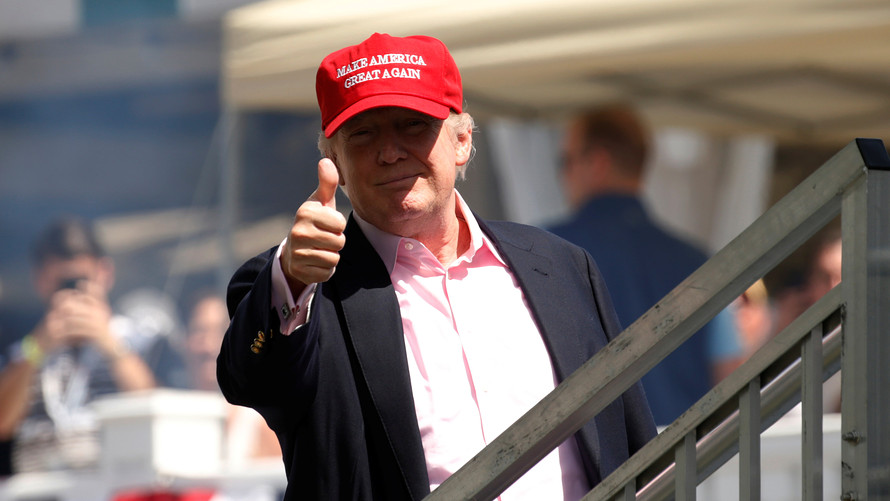 On May 2 we suggested caution on U.S. stocks because sentiment seemed rich, and four risks appeared likely to ding the markets, including a breakdown in U.S.-China trade progress.

Now it is time to get more aggressive about re-deploying any cash you may have raised in early May. The reason: A China trade deal is very likely to get wrapped up over the next few weeks for the following five reasons.

Read: Here are the stocks to buy if an all-out trade war erupts, says Goldman Sachs

1. Trump needs a deal to get re-elected

It’s important stay apolitical to see things clearly in market analysis. So don’t paint me as a “Trump hater” when I say the following: President Donald Trump hasn’t accomplished a heck of a lot as president. Among his few meaningful, and obviously major, victories are: 1. keeping the Obama recovery alive; and 2. helping to boost the wealth of lots of voters by inspiring a continued stock market rally.

We know these are two of Trump’s top wins, because they come first whenever he cites accomplishments in campaign rallies. To give Trump his due, meaningful deregulation has contributed to economic and market strength, and that’s something that’s different from the Obama era.

But since sustained market gains and economic growth are among his few victories, they are fundamental to his 2020 re-election bid. Trump knows this. So he and his team have plenty motivation to get a China trade deal done.

The current trade-related market weakness “reminds us of the market vs. the Fed in December,” says Larry McDonald, of the Bear Traps Report . “In our view, the beast in the market will continue to push Trump until he has to capitulate on key issues and make a deal.”

Here are the big risks that Trump and Chinese President Xi Jinping know they need to avoid. So they will hammer out a trade deal and avoid higher tariffs and trade wars.

2. Tariffs could spark inflation in the U.S.

U.S. inflation has been remarkably tame in this recovery, despite the tight labor market. This matters to investors because limited inflation makes for a happy Federal Reserve, or one less likely to impose stock- and bond-killing interest-rate increases.

So far, personal consumption expenditures (PCE), the Fed’s preferred inflation measure, has stayed in check. But this could change because of tariffs. Trump likes to give the impression that tariffs come out of the pockets of the Chinese. But in reality, either U.S. consumers pay in the form of higher prices, or companies take the hit if raising prices on their goods threatens sales growth.

As economists at Goldman Sachs point out, prices on goods impacted by tariffs have been rising considerably since early 2018, when the U.S started imposing tariffs. So far, this hasn’t pushed overall inflation into the danger zone. But even more tariffs would move prices in that direction. 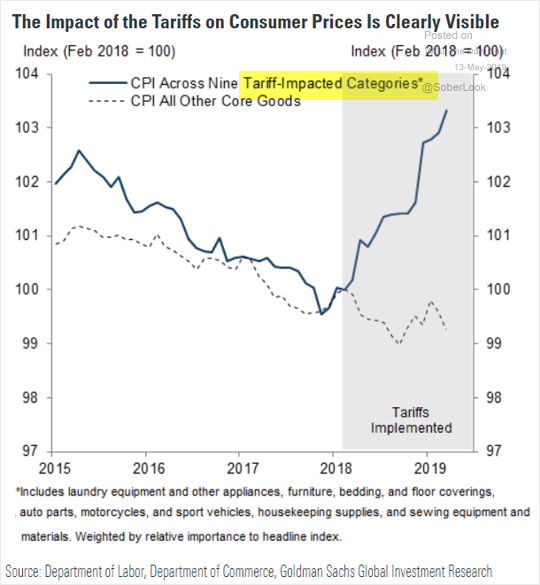