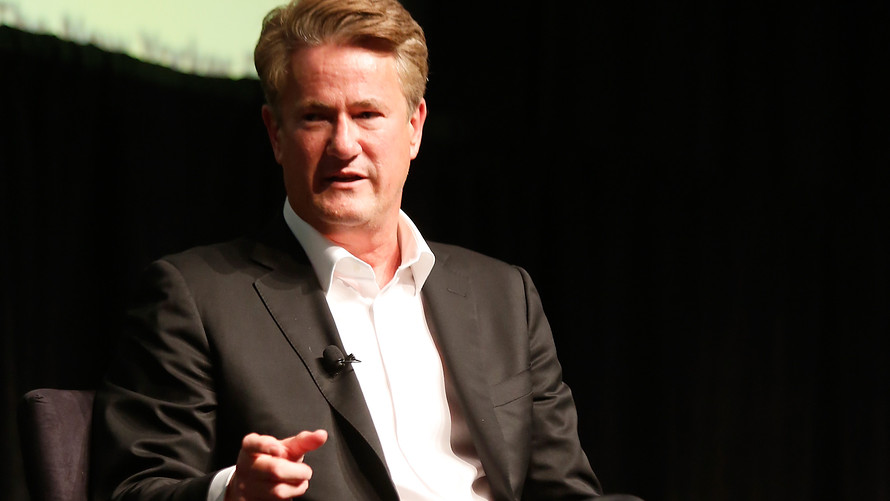 Getty Images
Joe Scarborough gave a fiery speech peppered with obscene language on the air a morning after the Capitol riots.

‘So, I want to know, from Capitol Hill police, is it just white people, or just Donald Trump supporters? Why do you scream at people for walking three blocks from the Capitol, but then Trump supporters come in and you open the f—ing doors for them. You let them breach the people’s house. What is wrong with you?’

That was MSNBC host and former GOP lawmaker Joe Scarborough addressing the shocking breach of security on Capitol Hill on Wednesday, after hundreds of Trump supporters mobbed the complex and fought with police on Wednesday, leaving four people dead.

Scarborough’s fiery remarks in the opening 15 minutes of the “Morning Joe” show on Thursday drew an audible gasp from one of his colleagues after the host used the F-word and other profanities on the air.

Here is an unedited version of the clip, including the expletive as aired on the Comcast-owned (NAS:CMCSA)  news channel:

Or there is a longer, edited version of Scarborough’s segment here without the profanity:

The clip quickly went viral on Twitter — in part because of the taboo obscenity (although cable stations like MSNBC are not bound by the Federal Communications Commission’s profanity policies), but also, apparently, because he was posing the questions and expressing the frustrations that many people had while watching Wednesday’s violence unfold in the U.S. Capitol.

‘If these insurrectionists were Black, they would have been shot in the face.’

Among the top trending topics across social media and news outlets alike on Wednesday and Thursday were questions about how such a breach of security was allowed to happen — especially after a widely shared video clip appeared to show police officers letting the mob past barricades and into the Capitol complex.

Read: A nation asks, ‘Where were the U.S. Capitol Police?’

And many people, including Bernice King, daughter of Rev. Martin Luther King Jr., and Joy Reid, like Scarborough an MSNBC host, pointed to the disparities between how security was mobilized around the nation’s capital ahead of Black Lives Matter protests last summer and the police response to the Trump supporters — who appeared to be predominantly white — overrunning the Capitol building on Wednesday.

“When Black people protest for our lives, we are all too often met by National Guard troops or police equipped with assault rifles, shields, tear gas and battle helmets,” the Black Lives Matter Global Network Foundation said in a statement.

“When white people attempt a coup, they are met by an underwhelming number of law enforcement personnel who act powerless to intervene, going so far as to pose for selfies with terrorists,” it said.

Reid condemned the Capitol Police response on the air Wednesday night, saying, “I guarantee you if that was a Black Lives Matter protest in D.C., there would already be people shackled, arrested or dead — shackled, arrested en masse or dead.”

He then called for President Trump, his son Donald Trump Jr. and lawyer Rudy Giuliani to be arrested for insurrection, accusing them of egging the mob on. Trump had held a rally earlier on Wednesday at which he called on his supporters to march to the Capitol to protest Congress’s certifying the Electoral College votes that officially declared Joe Biden the winner of the 2020 U.S. presidential election. Trump, who’d said he’d be right there with them, returned to the White House instead, and later posted a video telling the protesters that they were “very special” and “we love you,” but that they should go home. The video, which also included false claims about the election’s having been stolen from him and his supporters, was condemned by mainstream social-media companies, with Facebook and Twitter temporarily blocking the president from their platforms.

“That’s insurrection against the United States of America, and if Donald Trump Jr., Rudy Giuliani and Donald Trump are not arrested today for insurrection, and taken to jail and booked — and if the Capitol Hill police do not go through every video, and look at the face of every person that invaded our Capitol, and if they are not arrested and brought to justice today — then we are no longer a nation of laws,” said Scarborough, “and we [would] only tell people they can do this again.”

House Speaker Nancy Pelosi also called for Trump’s removal from office on Thursday, saying that the 25th Amendment of the Constitution should be invoked, or that he may be impeached for a second time. “I join the Senate Democratic Leader in calling on the Vice President to remove this president by immediately invoking the 25th Amendment,” she said in her weekly press conference at the U.S. Capitol. “If the vice president and the cabinet do not act, the Congress may be prepared to move forward with impeachment.”

Read more: What to know about the 25th Amendment as calls for President Trump’s removal grow louder

The FBI is asking the public to help identify the rioters at the Capitol by submitting tips, pictures and videos.

Late night hosts Stephen Colbert, Jimmy Kimmel and Jimmy Fallon also reacted to the attack on the Capitol with shock and anger on Wednesday. “It was a terrible day in the history of this country,” said Kimmel.