Judgment day for markets as Fed’s trigger finger gets itchier 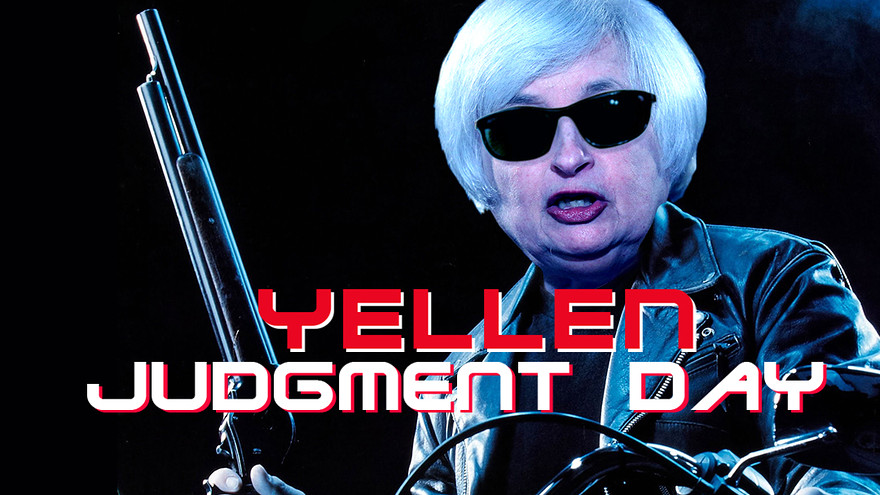 It’s judgment day for the Janet Yellen-led Federal Reserve, which today could decide to raise interest rates for the first time in nine years.

Markets worldwide have been bracing for this possibility all summer, if not for years. History suggests a rate hike won’t necessarily terminate long-term investments, but still no one really knows exactly how the Fed will blast away this afternoon, or exactly which billion-dollar bets will get shot to pieces like movie extras.

Lately, it’s been looking like Yellen and her gang will yet again hold off on pulling the trigger. In which case, she’ll “be back” for another blockbuster in October or December, when Fed policy makers meet again. Just like Arnie kept returning for the “Terminator” retreads, long after “T2: Judgment Day.”

Fed fund futures are pricing in only a 23% chance of a September hike, down from 45% a month ago — though economists say it’s a toss-up. Don’t forget some Fed officials have increasingly itchy trigger fingers. And perhaps there’s not much difference between a dovish hike and a hawkish pass, as noted by the Humble Student of the Markets blog.

“The best way to describe the situation is that in high-stakes toss-up decisions, most will expect the FOMC to take the path of easier policy,” says Mike O’Rourke, chief market strategist at JonesTrading, in a note late Wednesday.

“It’s hard to recall an event given so much attention from market players,” writes Chris Weston, IG’s chief market strategist. “Expect the unexpected, expect to be surprised. Keep your friends close, but your stops closer!”

While the market’s focus is squarely on the Fed, today’s quote is aimed at another American juggernaut, Donald Trump, while the call of the day says bet on Italy and France. 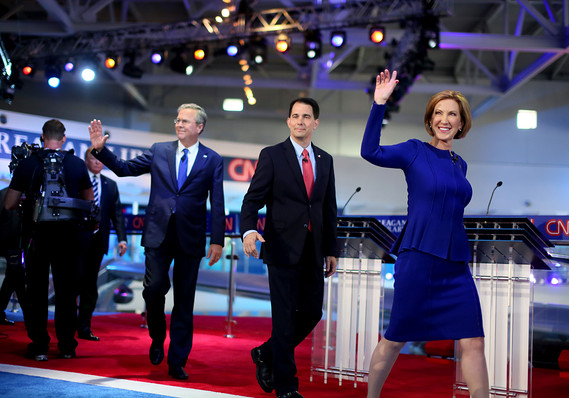 “You ran up mountains of debt, as well as losses, using other people’s money. ... Why should we trust you to manage the finances of this nation?” —Carly Fiorina during Wednesday night’s GOP presidential debate, “responding to Donald Trump’s attack on her business career by attacking his,” as the Washington Post put it .