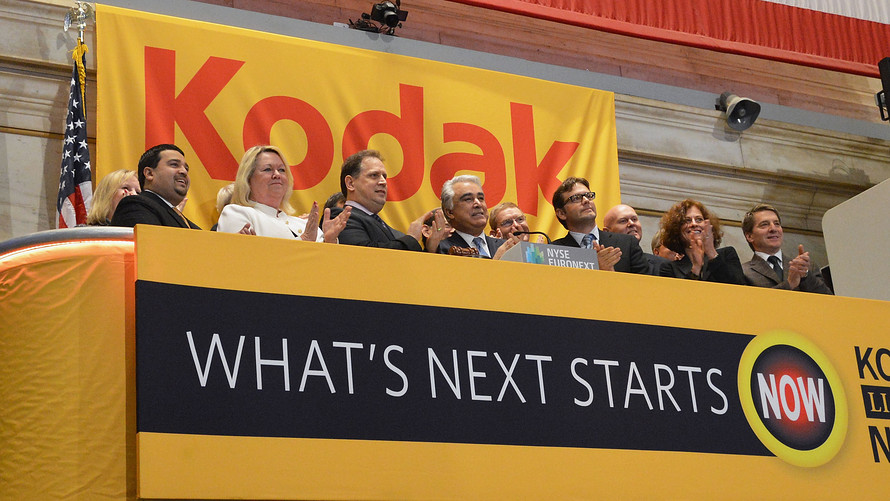 Getty Images
What’s next for Kodak is a “major blockchain initiative.”

The latest trend among companies trying to drum up interest: announcing plans to introduce blockchain into the business.

Eastman Kodak Co. on Tuesday became the latest to do so, when the company said it would begin a “major blockchain initiative.” Kodak intends to use digital ledgers to help photographers license their work and get paid for usage.

After closing at a record low of $3.05 as recently as Jan. 4, the Tuesday move was the biggest gain and saw the most shares traded in a day since the stock began trading in its current form in September 2013.

The company and WENN Digital announced the launch Tuesday of the KODAKOne image-rights management platform and KODAKCoin, a photo-centric cryptocurrency.

For its part, Kodak acknowledged in its press release that blockchain, like cryptocurrency, is a “hot buzzword” right now, but CEO Jeff Clarke said that the technology will actually prove useful in the company’s case. “For photographers who’ve long struggled to assert control over their work and how it’s used, these buzzwords are the keys to solving what felt like an unsolvable problem,” he said in the release.

Kodak added that distributed-ledger technology, which is the backbone of cryptographic currencies, will help spot unlicensed usage of photos. 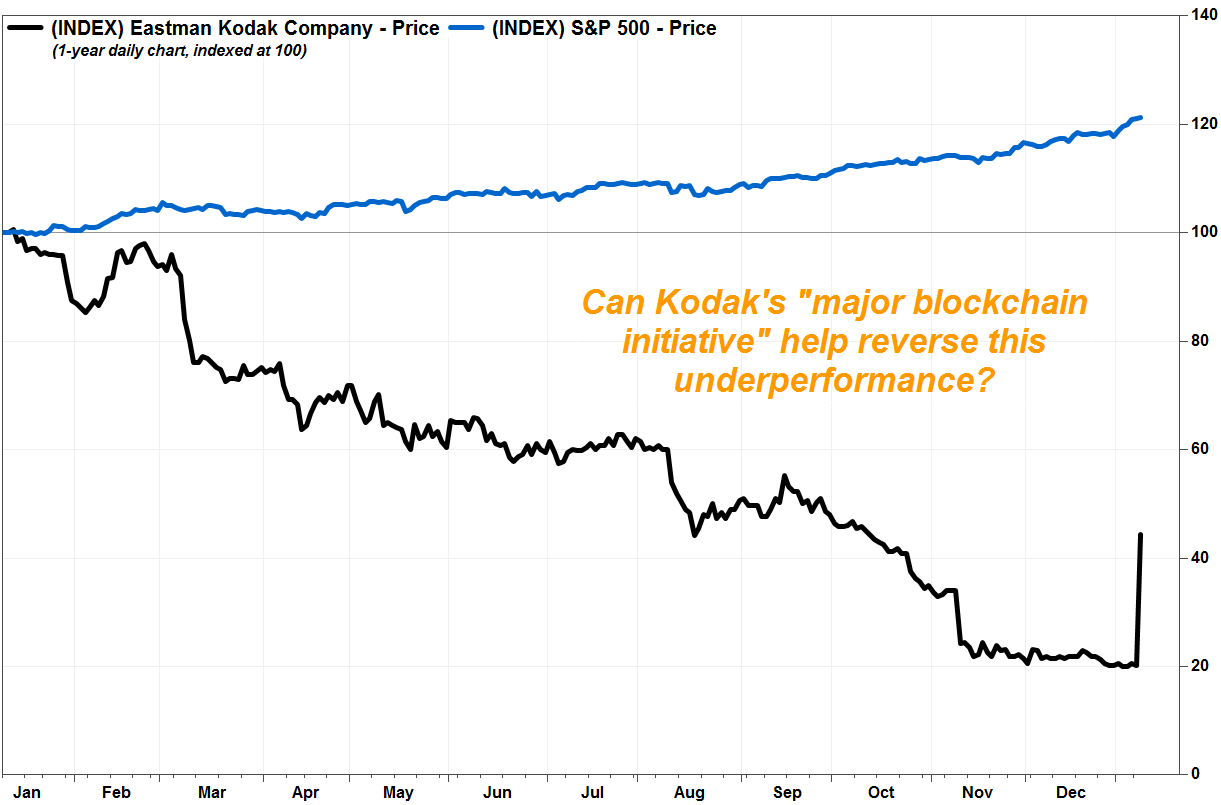 “We are using Ethereum Smart Contracts, but we’re also developing our own proprietary blockchain and will evaluate the optimal solution during development,” Kodak said in a statement.

The company, founded in 1888 in Rochester, N.Y., said it plans to launch an initial coin offering, or ICO, for KodakCoin, the cryptocurrency that will become the backbone of the new payment system. ICOs have emerged as a method of raising capital among ventures using digital tokens.

Don’t miss: What is an ICO?

“This is a WENN digital currency,” Kodak said in a statement. “Eastman Kodak Company will not be an issuer of the ICO, will not receive proceeds on the ICO.”

Companies demonstrating sudden interest in blockchain of late have been well received by investors looking for new ways to play the cryptocurrency trend. Shares of Riot Blockchain Inc. /zigman2/quotes/209538617/composite RIOT +0.23% , once an unknown “animal healthcare” company, have soared since the company announced its pivot toward blockchain. See CryptoWatch.

Then there are the more established brands, including Long Island Iced Tea Corp., which recently became Long Blockchain Corp.and enjoyed a nice stock-market boost for the name change. Hooters parent Chanticleer Holdings Inc.said earlier this month that it would use cryptocurrency for its loyalty program, which sent the Chanticleer stock up sharply.

Kodak, which emerged from bankruptcy in September 2013 after a precipitous decline in fortunes that found it evicted from the Dow Jones Industrial Average /zigman2/quotes/210598065/realtime DJIA +0.45% in 2004, is a poster child for failing to embrace new technologies fast enough.

Get news alerts on Eastman Kodak Co. — or create your own.