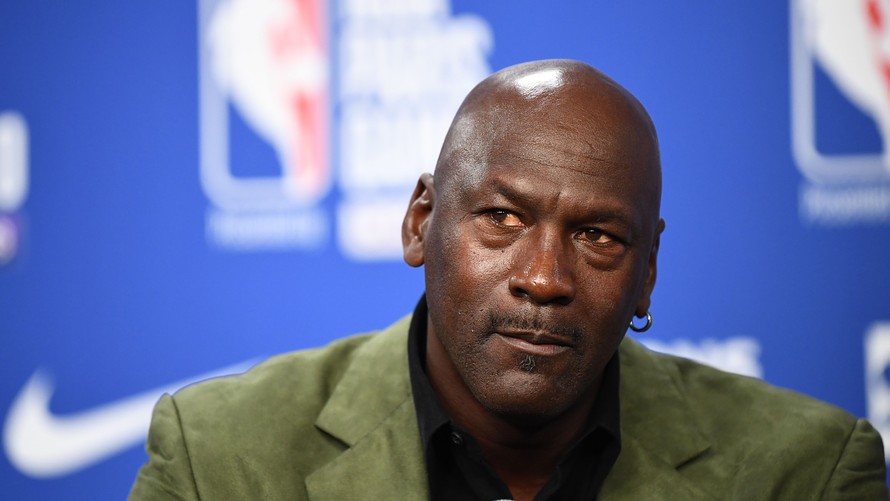 Getty
Michael Jordan says he is “deeply saddened, truly pained and plain angry” by the death of George Floyd.

“I am deeply saddened, truly pained and plain angry.”

That was part of a statement from former NBA great Michael Jordan on the situation surrounding the death of George Floyd. In recent days, several current and former professional athletes have voiced their concerns about the ongoing problem of police brutality against minorities.

A white officer in Minneapolis was caught on video kneeling on the neck of Floyd, a black man, for several minutes as three other officers stood by. The four officers involved have since been fired and Derek Chauvin, the officer who was kneeling on Floyd’s neck before he died, has been arrested and charged with murder.

Many athletes, including NBA superstar LeBron James, have sent out posts on social media showing support of the mass protests happening across the country.

NBA players have been particularly vocal and active in the days since the death of George Floyd. Indiana Pacers guard Malcolm Brogdon was in Atlanta giving speeches and walking with other protesters.

“I got a grandfather who marched next to Dr. King in the 60s,” Brogdon said to the crowd. “He was amazing and he would be proud to see us all here.”

Joining Brogdon in Atlanta was Boston Celtics guard Jaylen Brown, who was also marching alongside protesters in the streets. Brown, a Georgia native, says he drove from Boston to participate in the protest.

“I drove 15 hours to get to Georgia, my community,” Brown said on his Instagram . “This is a peaceful protest. Being a celebrity, being an NBA player, don’t exclude me from no conversations at all.

Karl-Anthony Towns, an All-Star center for the Minnesota Timberwolves, was also seen at a press conference in Minnesota, the state where George Floyd was killed. Towns was seen in a mask at an event where former NBA player Stephen Jackson was speaking about racial inequality.

Both of Towns’s parents recently contracted COVID-19, with his mother falling into a coma and later passing away at the age of 59.

The NBA released a statement about the death of George Floyd, applauding those who have been outspoken.

“I am heartened by the many members of the NBA and WNBA family – players, coaches, legends, team owners, and executives at all levels – speaking out to demand justice, urging peaceful protest and working for meaningful change, NBA Commissioner Adam Silver said in the statement. “Racism, police brutality and racial injustice remain part of everyday life in America and cannot be ignored”

NFL Commissioner Roger Goodell also issued a statement , saying “there remains an urgent need for action” about racial inequality in the country. Some people have pointed out the irony of the statement after the trouble Colin Kaepernick faced after kneeling during the national anthem before games when he was in the NFL in 2016.

Kaepernick sent out a tweet saying, “When civility leads to death, revolting is the only logical reaction.”

Some athletes in MLB and the NHL have also come out in support of the protesters, but more players from the NBA and NFL seem to be participating in marches and protests. Black players make up over 70% of the NFL and NBA .