‘Planet of the Humans’ takes a shot at the renewables market and Al Gore, gives Greta Thunberg a pass 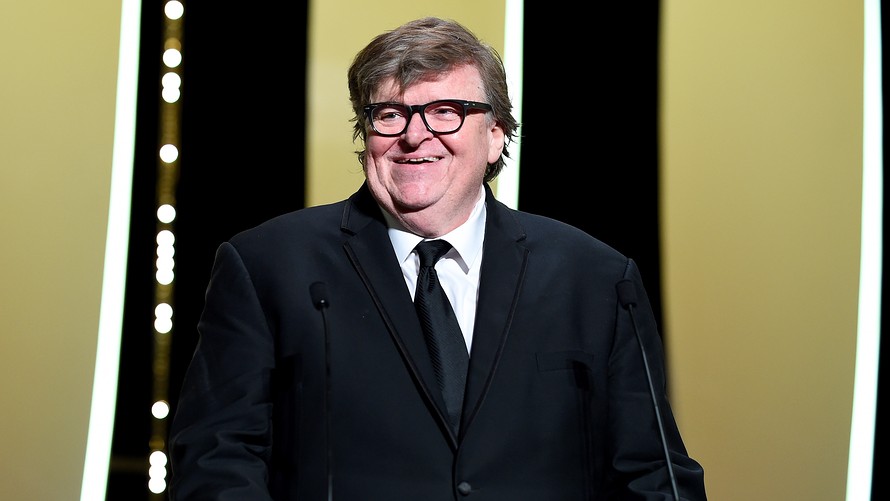 Big Solar and Big Wind are now as much to blame as Big Oil for a slow reaction to climate change.

Big procreators are culpable, too.

That’s the broad take-away from controversial and Oscar-winning documentary film maker Michael Moore’s latest offering, a screed against the green movement. Moore, with writer and director Jeff Gibbs, used the 50th anniversary of Earth Day to take on the mainstream environmental movement in “Planet of the Humans.” The film streamed on YouTube, with a boost from promotion by Stephen Colbert and others. It had 1.17 million YouTube viewers as of Thursday afternoon.

The piece spans years, which may make for a robust collection of interviews but its that scope in part that brought out the renewables retort: the industry is getting more efficient and less costly, they say, the footage is too old.

Moore and Gibbs argue that so-called greenwashing goes beyond a few brands attaching themselves to environmental actions to sell cars, shampoo, meat and sodas. They suggest that much of the green movement as we know it, including the banks rolling out the financing, pushes solar and wind energy components and electric cars that rely too heavily on deforestation and electricity generated from coal and natural gas to produce them.

“What we have been calling green, renewable energy and industrial civilization are one and the same thing — desperate measures not to save the planet but to save our way of life,” Gibbs says in the film.

A better approach would be people having fewer children. “Infinite growth on a finite planet is suicide,” Gibbs said.

The film suggests there are well-meaning but misguided intentions The Obama administration, for instance, advanced a recession-necessitated stimulus package that included nearly $1 billion for “green energy.” Ozzie Zehner, author of the 2012 book “Green Illusions,” accompanies Gibbs on a tour of power plants and explains that it is “an illusion” that renewables are “replacing coal or any fossil fuels.”

Read: The markets where Amazon’s Jeff Bezos might best spend his billions earmarked to save Earth

‘All the green, liberal A-listers — Bill McKibben, Al Gore, Van Jones, Robert F. Kennedy Jr. — are attacked in this film as a pompous and complacent high-priest caste of the environmental movement...’

Moore said that he once felt that electric cars (NAS:TSLA)   were a good idea, “but I didn’t really think about where is the electricity coming from.”

“I assumed solar panels would last for ever. I didn’t know what went into the making of them,” Moore added, such as quartz in the components and the fossil fuels powering the manufacturing.

But did the film accurately show the industry?

“It’s difficult to take the film seriously on any topic when it botches the solar portion so thoroughly . Although the film was released in 2020, the solar industry it examines, whether through incompetence or venality, is from somewhere back in 2009,” Eric Wesoff, a renewable energy analyst and editor at PV Magazine, wrote.

“The film reports on a solar installation in Michigan with PV panels rated at ‘“just under 8 percent’ conversion efficiency. It’s difficult to identify the brand of panel in the film (Abound?) — but that efficiency is from another solar era,” said Wesoff. “The film pillories the Ivanpah thermal solar plant and SEGS, the original solar thermal power plant in Daggett, Calif., but fails to distinguish between overachieving photovoltaic (PV) solar and laggard thermal solar.”

Also ignored, according to Wesoff: the plunging cost of solar and its steadily increasing price advantage over coal and natural gas, as well as the similar trajectory of battery storage. Read his full review .

Some of the reaction centered on the fact that any sacred cow, including the green movement, needs a good shaking up from time to time.

“Gibbs has a cheeky habit of going backstage at music festivals that solemnly declare themselves to be using 100% renewable energy, only to find that the fancy array of solar panels behind the tent is enough to power a single bass guitar,” Guardian writer Peter Bradshaw says in his appreciation (mostly) of the documentary.

“All the green, liberal A-listers — Bill McKibben, Al Gore, Van Jones, Robert F. Kennedy Jr. — are attacked in this film as a pompous and complacent high-priest caste of the environmental movement, who are shilling for a fossil fuel industry that has sneakily taken them over,” writes Bradshaw. The Sierra Club is skewered, as is the Union of Concerned Scientists and Elon Musk. Excluded, however: Teenage activist Greta Thunberg.

Read: COVID-19 and climate change: ‘The parallels are screaming at us,’ says John Kerry

Gibbs and Moore told Reuters that mass shutdowns of commerce and a plunge in air travel from coronavirus have shown how swiftly the planet could benefit from change in consumption.

Those closures, and their economic sting, have at least temporarily cut emissions and other pollution and cleared the skies over major cities in India, the U.S. and elsewhere.

Robert Bryce, who has written on Enron and other energy and environmental issues, found a few holes : “Gibbs... lambasts renewables, but he dares not mention that hydrocarbons are crucial to human flourishing. He also completely ignores nuclear energy and the undeniable fact that a dramatic expansion of nuclear will be needed if we are to have any hope of reducing greenhouse gas emissions.”

Some climate-movement experts bristled at the idea of Moore adding the complex global-warming issue to his film library, which began with 1989’s examination of the post-industrial Rust Belt in “Roger & Me” and has included gun control, health care and Trump backers.

Emily Atkin, long-time climate journalist and creator of the Heated newsletter , opted not to watch at all.

“It’s not because the movie criticizes the environmental movement. Y’all know I love criticizing the environmental movement... Really, the reason I don’t want to review this movie is because I’m tired of having to spend hours consuming and debunking messy-yet-blockbuster climate reporting from dudes who seemingly woke up a few mornings beforehand and decided they were climate journalists.”

“Climate change is a very difficult subject to cover — due in large part to the sophisticated 40-year disinformation campaign around the subject, perpetuated and funded by the multi-trillion dollar fossil fuel industry and its powerful political allies,” said Atkin. “But that doesn’t change the fact that harmful inaccuracies have been consumed by many people.”