Mnuchin: It may take a century for artificial intelligence to take U.S. jobs 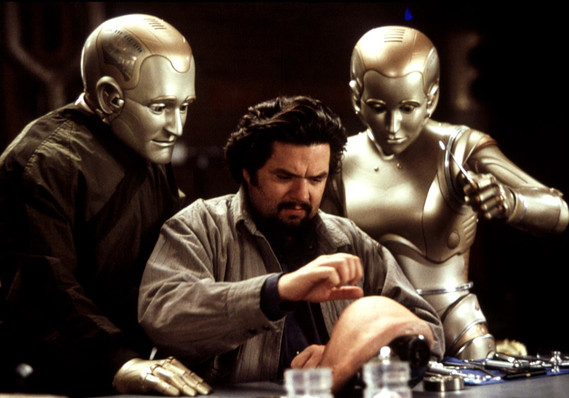 Everett Collection
Robots aren’t coming for your job anytime soon, according to the Treasury secretary.

Mnuchin appeared to use a very narrow definition of artificial intelligence, as many studies have shown technology has already taken millions of U.S. jobs.

“Technology has helped productivity,” he said. “As it relates to artificial intelligence taking over American jobs, I think we’re so far away from that, it’s not even on my radar screen.”

A widely cited Ball State study found that trade was responsible for 13% of U.S. manufacturing job losses between 2000 and 2010.

Read: Mnuchin — after admitting he wasn’t allowed to do so — plugs ‘Lego Batman’

Automation and information technology advances were chiefly responsible for the remaining 87% of job losses during that time period, the study found. There were 5.6 million manufacturing jobs lost in the first decade of this century.

The Obama White House, for its part, cited a study saying robotics accounted for roughly a 10th of all GDP growth between 1993 and 2007.

In the 2016 Economic Report of the President , they said that robots are unlikely to take “substantial” numbers of jobs from humans, since the technology will create new jobs requiring more complex tasks or greater levels of independent judgment.

But they acknowledged the pace at which automation happens will be key as to the impact on the jobs market.

Also read: The robots are coming for jobs that pay $20 an hour or less

The Treasury secretary, meanwhile, said self-driving cars in tunnels that go from one part of the country to another isn’t an example of artificial intelligence but “computers and using real technology we have today.”

“That’s very different from R2-D2 taking over your job and interviewing me,” he said to Allen.