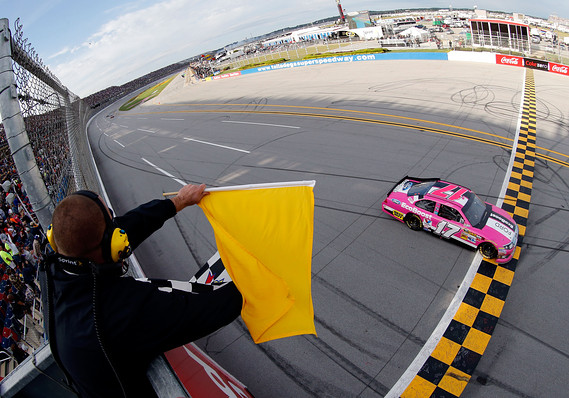 If the market bored you this summer, you had good reason. Volatility had fallen to an extreme low, the S&P 500 /zigman2/quotes/210599714/realtime SPX +2.43%  began trading in a narrow, 34-point, sub-2% range, and all the big institutional traders spent the last several weeks away from their desks, enjoying the last of their summer vacations. The only significant news revolved around oil prices, the upcoming election, and whether or not the Fed would at least partially keep their promise to raise rates four times this year by raising them just once .

The big mystery recently was whether the market would resolve out of the two-month consolidation range to the north or south side. Most of the evidence suggested that the market would break northward, but the big traders returned to their desks after Labor Day and it didn't take long to witness the largest one-day drop in the stock market since the Brexit as the Dow fell more than 394 points (or -2.13%) last Friday. That was fast.

This spike in volatility to the downside was then followed by one of the larger up days in the market on Monday as the DJIA picked up part of Friday's losses, gaining 239 points on the day (+1.32%).

For those who do not believe in the irrefutable law of supply and demand — or if you think that it's impossible to manage risk in your portfolios, you might want to close this window and instead type in a Google search for the latest Fed speculation — or whether Apple is selling any iPhone 7s. In my opinion, technical analysis and charts can give us warnings of upcoming good or bad news, not the other way around.

The market is telling us that the intermediate trends as indicated by the 63-day (one quarter) and 126-day (half year) moving averages are currently up, which is a good piece of evidence for the bull case. However, what I want to focus on is the red flag currently present in chart below.

If you focus on the arrows in the chart and scan your eyes from top-to-bottom and then left-to-right, you'll notice a pattern that exists between the S&P 500's price movement (above) and momentum (below).

The S&P 500 moved in a downtrend from mid April through mid Maym and so did momentum. Then price rose from mid May through early June, and so did momentum. Price fell in mid June and momentum followed right through the Brexit, which was then followed by the Brexit rally in price, which was also followed by momentum. The metaphorical red flag that exists is the divergence between price and momentum since mid July when price had risen while momentum has consistently declined. 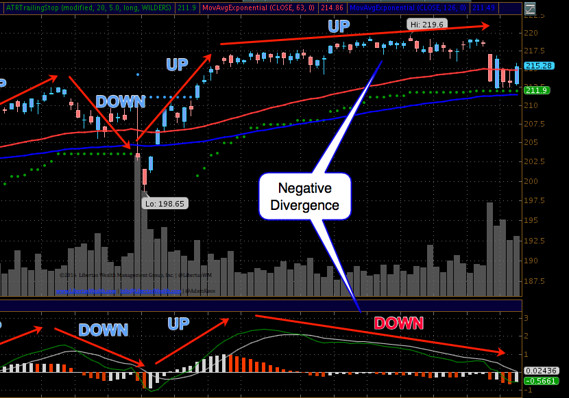 This negative divergence can be seen across the other major market indices as well, including the Dow and Nasdaq, and what the market is telling us is that fewer investors and individual stocks are participating in the recent uptrend. Said another way, if the S&P 500, DJIA, and Nasdaq are the "Generals" and the individual stocks within these indices are the "Troops," then what we're seeing is the troops retreating from battle while the generals continue running full steam ahead (an easy way to get slaughtered).

Adding insult to injury, we're almost half way through the statistically worst month for the stock market with plenty of time and volatility to come. While October isn't usually as weak as September, the U.S. presidential election will be looming around the corner and the market hates uncertainty.

Buying stocks in this environment is like trying to walk up an escalator that's going down. The momentum is not in our favor and we should always analyze how much risk we're willing to take for an assumed reward.

So, at least for the moment, it would be wise to focus on other asset classes for more immediate, positive risk/reward ratios (such as Treasury yields, for instance). As the next six weeks unfold, the market will give us a better picture of what direction it wants to move in the longer-term and from there, we can determine whether we want to buy into this weakness.