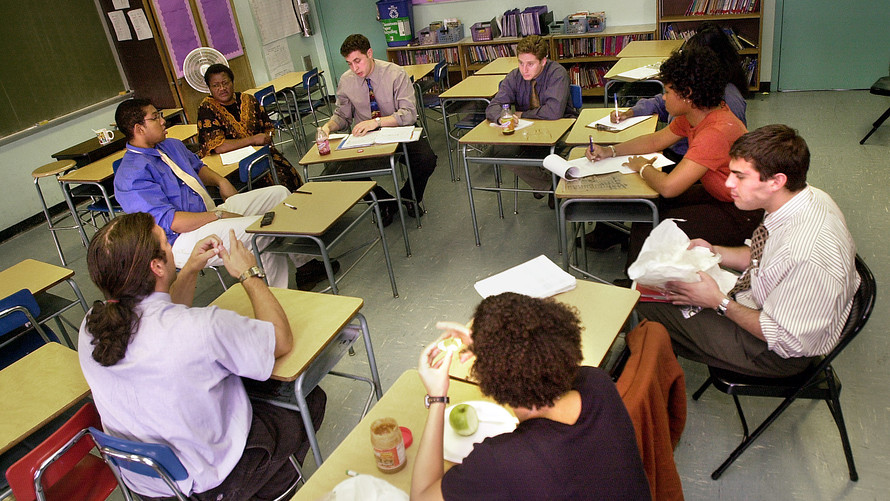 Chris Hondros/Newsmakers
More courses in financial literacy could be on the horizon.

North Carolina has become the 20th state to put a financial literacy requirement for high schoolers in its educational standards.

Gov. Roy Cooper signed the bill Monday, which will require a full credit course during high school that focuses on economics and personal finance. Course topics will include paying for college, using a a credit card and understanding credit scores and reports.

The newly-enacted law also requires training for the teachers who teach the classes.

The lawmakers passed financial literacy bills in Rhode Island’s state Senate and House of Representatives, but the two bills do not match, according to Meredyth Whitty, a spokeswoman for the Rhode Island General Assembly. The Senate version says schools must teach the topic, but the House version makes it optional to teach the subject, Whitty said.

The state’s chambers are expected to come back in the fall, and the bills could possibly be addressed at that time.

‘It is evident from the student-loan crisis our nation now faces that too many students leave high school without a clear understanding of the true cost of credit.’

In North Carolina, Lieutenant Governor Dan Forest said the law would “ensure future students, prior to graduating high school, will be more financially literate and economically sound in their decision making as adults.”

Don’t miss: All Americans should know these financial lessons before leaving high school

Christopher Caltabiano, chief program officer at the Council for Economic Education, an organization tracking the number of state financial literacy requirements, told MarketWatch he’s encouraged by recent developments, but there’s still “a long way to go to make sure every student is provided financial literacy before they graduate — and good financial literacy at that.”

Referencing North Carolina’s new law, Caltabiano said, “Having a stand-alone course in economics and in personal finance that, combined, span a full school year is very positive. We also like that it mentions teacher training – that’s one major key to a well-implemented requirement.”

A recent study by the FINRA Investor Education Foundation noted that while financial literacy skills have declined for all Americans since the Great Recession, the drop is especially sharp for Americans ages 18 to 34.

The gaps in American’s financial knowledge come as students and their families have to grapple with rising college costs and the prospect of student-loan debts.

Of course, students aren’t the only ones who could use more financial savvy. The same 2015-2016 study noted 53% of the adult participants answered the same three questions correctly.

The gaps in American’s financial knowledge come as students and their families have to grapple with rising college costs and the prospect of student-loan debts. Americans have about $1.5 trillion in student debts, according to Federal Reserve data.

Some observers support more financial literacy, but say the efforts can only accomplish so much when college costs are soaring and wages, on the whole, have been stagnating since the 1980s.

Harry Brown, the majority leader in North Carolina’s Senate, supported the bill. While the bill was still pending, he told MarketWatch it was important to help students understand financial issues.

“It is evident from the student-loan crisis our nation now faces that too many students leave high school without a clear understanding of the true cost of credit, and how best to plan and pay for a college education or how those decisions might affect their future economic well-being,” he said.