NBA coach Gregg Popovich says ‘if Trump had a brain, even if it was 99 percent cynical, he would come out and say something to unify people’

Spurs coach and other members of the sports world, like LeBron James and Michael Jordan, have been vocal supporters of protesters 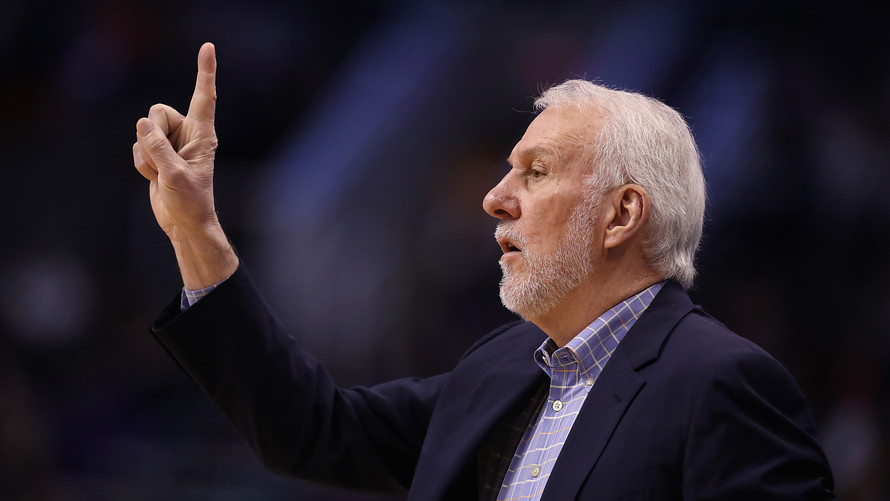 “It’s unbelievable. If Trump had a brain, even if it was 99 percent cynical, he would come out and say something to unify people. But he doesn’t care about bringing people together. ”

That’s future Hall of Fame basketball coach Gregg Popovich of the San Antonio Spurs, in an interview with The Nation addressing President Donald Trump’s reaction to the events surrounding the death of George Floyd.

“The thing that strikes me is that we all see this police violence and racism, and we’ve seen it all before, but nothing changes. That’s why these protests have been so explosive. But without leadership and an understanding of what the problem is, there will never be change,” Popovich said. “And white Americans have avoided reckoning with this problem forever, because it’s been our privilege to be able to avoid it. That also has to change.”

The Spurs coach has not been shy about vocalizing his political beliefs in the past, and has been an outspoken Trump critic for years.

See also: Michael Jordan and many current NBA players express their anger and frustration over the death of George Floyd

“It’s so clear what needs to be done. We need a president to come out and say simply that ‘black lives matter.’ Just say those three words,” he said.

In recent days, protests have erupted across the U.S. demanding justice for Floyd and calling for an end to racial discrimination in the country. Many athletes, from LeBron James to Michael Jordan, have voiced support for those protesting.