Nearly 25% of Americans have no emergency savings

There’s growing concern among many people that the economy won’t restart in time to save them from paying the rent, their mortgage or going hungry 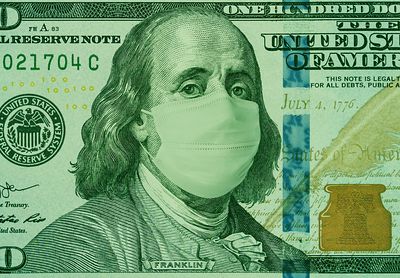 MarketWatch photo illustration/iStockphoto
One-third of homeowners have less than $500 or — worse — nothing set aside for an emergency home repair.

The coronavirus pandemic compounds an already dire financial situation for millions of Americans.

One-third of homeowners have less than $500 or, worse, nothing set aside for an emergency home repair, according to a report released Wednesday, and that includes 50% of homeowners with an annual household income of less than $50,000.

There’s growing concern among many Americans — especially those who are most in need of the checks and already have bills piling up — that the economy won’t restart in time to save them from paying the rent, their mortgage and going hungry.

The survey found that over half of homeowners (53%) have experienced a home repair emergency in the past 12 months. The poll, conducted online by The Harris Poll on behalf of HomeServe, a home-repair company, questioned 1,400 homeowners.

Some 38% of Americans could not come up with $500 in cash without selling something or taking out a loan, another report released Wednesday from SimplyWise, a website that gives advice on Social Security; 1 in 10 are planning to withdraw from their emergency savings to pay bills.

What’s more, nearly 25% of all Americans had no emergency savings and 16% have taken on more debt, and nearly one-third of households reported lower income since the start of the pandemic, a separate report by Bankrate.com concluded .

Also see: Millions of people of color have NO access to affordable health care or quality education — and 2 million Americans lack running water

“The pandemic is deepening the financial hardship for millions of Americans,” Bankrate chief financial analyst Greg McBride said. “The financial legacy of this pandemic will be elevated unemployment, reduced household incomes, more debt and even less savings.”

The pandemic has hit the Northeast hard, with 36% of Northeasterners reporting a fall in income, compared to 31% in the West, 29% in the Midwest, and 28% in the South. People in the Northeast are also more likely to have increased debt than those in those other regions.

The $1,200 stimulus checks money can’t come soon enough for the roughly 40 million people who are out of work, and others worried about bills and rent. They also can receive $600 per week extra in unemployment insurance as part of the $2.2 trillion CARES Act.

Gallup data released Monday add more support to previous research that less-educated workers in low-wage, blue-collar roles have been hardest hit by COVID-19, and suggest the pandemic is “exacerbating the income inequality that existed before its arrival.”

Read also: Stimulus checks are a mere Band-Aid for Americans — amid fears of an even bigger economic crisis than the Great Recession

“These patterns were predicted in the early stages of the pandemic, and proposals for relief called for targeted and proportional funding,” Jonathan Rothwell, the principal economist at Gallup, said. Three in 10 U.S. job openings disappeared since March, recruitment company Glassdoor added.

The Dow Jones Industrial Index /zigman2/quotes/210598065/realtime DJIA +0.08%  and the S&P 500 /zigman2/quotes/210599714/realtime SPX +0.25%  were slightly lower Tuesday, as markets digested the different messaging on the prospects of a second wave, well as possible progress in COVID-19 vaccine research.

By Monday, investors in S&P 500 index stocks had recovered all losses for the year, following data published last Friday that showed American employment surprisingly increased from April to May. The World Bank sees the global economy shrinking by 5.2% this year due to the pandemic.