‘Asians Americans feel as if they are under siege’: Nearly 80% of this community say they experience racism in the U.S. 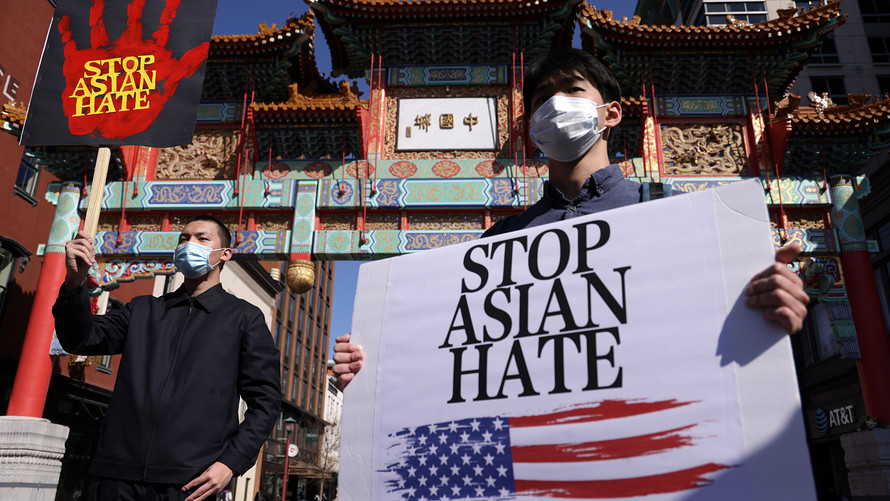 Experts point out that the U.S. has a long tradition of scapegoating and discriminating against Asian Americans, including through the Chinese Exclusion Act of 1882, the forced relocation and incarceration of Japanese Americans during World War II, and violence against people perceived to be Muslim in the aftermath of the 9/11 attacks.

Cases of COVID-19 were first detected in Wuhan, China. Former president Donald Trump drew widespread criticism last year for describing COVID-19 as the “Chinese virus” and “kung flu,” as experts warned such rhetoric could result in discrimination against Asian Americans. Trump and his then press secretary, Kayleigh McEnany, denied that he had used racist language.

Despite that, 42% of Americans say they cannot name one prominent Asian American, despite having Kamala Harris, who is partly of Indian descent, as their vice president. Despite efforts by the entertainment industry to increase diversity and representation on screen, Asian American actors remain limited to highly stereotypical roles, the report added.

Anti-Asian hate crimes in 16 of America’s largest cities increased 150% in 2020 with a significant surge in the initial months of the coronavirus pandemic, which is believed to have originated at a food market in China in December 2019, according to a separate analysis released by the Center for the Study of Hate and Extremism at California State University, San Bernardino.

The recent shootings at three spas in Atlanta, Ga. that left eight people dead, six of whom were Asian women, have led to increased awareness of anti-Asian incidents. Activist groups, pointing to the historical hypersexualization of Asian women, challenged initial police statements that the shooting suspect said he had a “sex addiction” and was not racially motivated.

Related: ‘Asian-American businesses are dealing with two viruses’: Reeling from racist incidents, many are hurting financially during COVID-19