Nikkei rises as Kuroda renominated to lead Bank of Japan 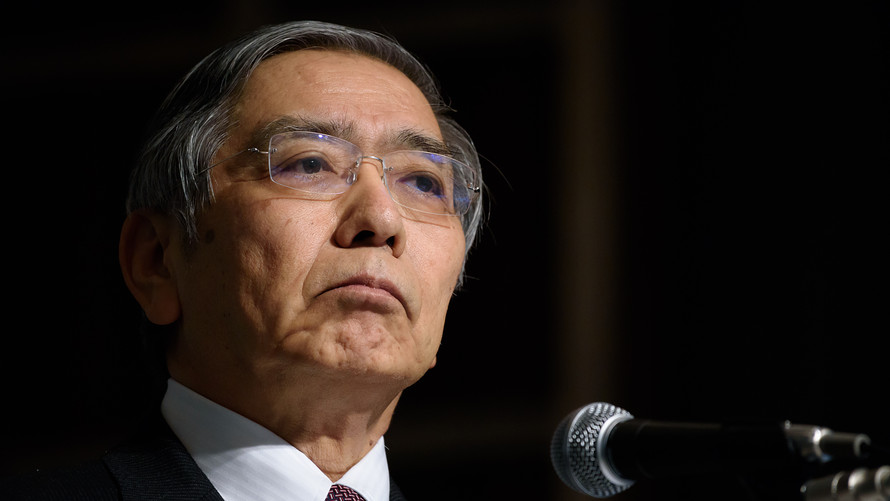 Bloomberg News
Haruhiko Kuroda, governor of the Bank of Japan.

Stocks in Japan and New Zealand gained Friday, while a number of major markets were closed for the Lunar New Year holiday, as investors regained confidence in equities after sharp slides last week.

And as expected, Gov. Haruhiko Kuroda was nominated to lead the Bank of Japan for a second term.

The markets that are open took their cues from improving investor sentiment this week and gains in global stocks overnight.

The Dow Jones Industrial Average /zigman2/quotes/210598065/realtime DJIA +0.29%   finished above 25,000 for the first time since Feb. 2, with market participants expressing greater comfort about the prospect of higher U.S. inflation and Treasury yields.

Gains in Japanese stocks came even as the yen /zigman2/quotes/210561789/realtime/sampled USDJPY -0.0535%  was last up 0.2% against the dollar Friday and up 2.7% against the greenback for the week. Yen strength prompted a response from Japanese Finance Minister Taro Aso.

“Stability of foreign exchange rates is important, and there is no change in the government’s stance that it will take appropriate action at the appropriate time, if needed,” he said, escalating his language from a day earlier.

In addition to Kuroda’s renomination, the Japanese government also nominated Masazumi Wakatabe and Masayoshi Amamiya for deputy governor positions at the central bank. Amamiya is a career BOJ official. Wakatabe is a professor at Waseda University and is viewed as an advocate of radical easing.

New Zealand’s shares /zigman2/quotes/211587880/delayed NZ:NZ50GR -0.52%  climbed 0.8%, helped by a strong rise from one of its biggest stocks. Auckland International Airport /zigman2/quotes/204634926/delayed NZ:AIA +1.94%  jumped 2.8% after saying its first-half profit was higher while narrowing its earnings guidance for the fiscal year. Friday’s gains come despite further losses for Fletcher Building /zigman2/quotes/200215142/delayed NZ:FBU -2.79%  , taking its slide this week to about 10%. The solid gains for the NZX 50 come after the index reached a three-month low earlier in the week.