Windy City Mushroom found itself selling more product directly to homes not restaurants, growth that encouraged this farm-meets-factory to expand

Windy City Mushroom
COVID-19 forced many Americans to eat at home, meaning that creative cooking, such as with blue oyster mushrooms, became both a lifeline and a lifestyle.

The head-swiveling halt for restaurant dining in foodie-favorite Chicago because of COVID-19 has been painful for many wholesale companies, even as eating out slowly picks back up.

It’s a blip on a growth plan that only inspired Guy Furman.

Furman is the founder at the once almost exclusively wholesale Windy City Mushroom , where business has bloomed beyond typical restaurant customers to direct sales to consumers playing chef on their home turf. Demand is up, Furman says, because of growing interest in locally grown food including in cities like Chicago, interest that existed before the pandemic and now has expanded because of the crisis.

The mushroom “factory’s” survival — expansion, even — was the result of evolving consumer palates as cooking becomes a creative outlet and working from home allows for more prep time. The popularity of home delivery also has helped, including by inclusion in Community Supported Agriculture (CSA) boxes offering products from several sources, sometimes depending on the season. 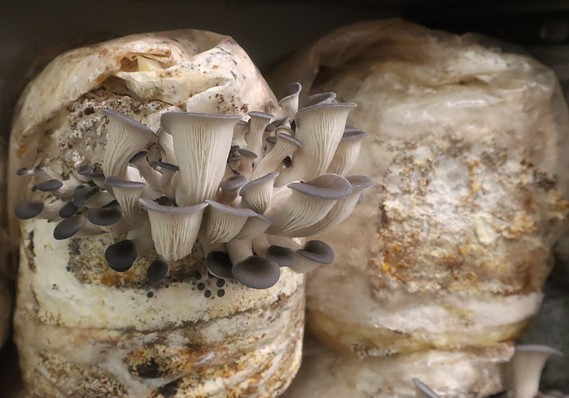 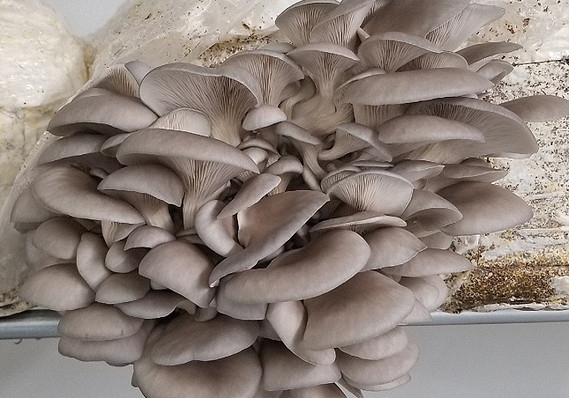 Production shutdowns to protect employees, consumer hoarding and other factors have strained the U.S. food supply chain during the coronavirus outbreak. That pushed some consumers toward local options when shelves at chain outlets and traditional grocery stores were undersupplied. And, yes, restaurants are still buyers for Windy City, often through close communication with the mushroom growers to help shape menus for “meal of the week” promotions, for example. Furman is regularly courting small-scale grocery stores and supermarkets these days.

Read: We have plenty of food, so why are grocery-store shelves so empty?

Increasing appetite for mushrooms as a meat alternative, including among part-time vegetarians, is a trend that has also helped Furman and crew at Windy City. Low-calorie, cholesterol-free mushrooms contain a modest amount of fiber and over a dozen minerals and vitamins , such as copper, potassium, magnesium, zinc and B vitamins, including folate. Plus, home cooking engages more family members, allows for closer tracking of calories and overall nutrition, and generally costs less than restaurant-delivered food.

Read: ‘The end of meat is here’? Coronavirus has ‘kicked open the door’ to a vegetarian future, claims N.Y. Times op-ed

Even the pandemic’s economic contagion (U.S. GDP in the second quarter plunged 32.9%) didn’t stop Furman from expanding the footprint of his facility in Chicago’s densely populated and fast-gentrifying Humboldt Park neighborhood (this proud, largely Puerto Rican community for much of the last half-century is perhaps changing too fast, sending rents surging , say some of the city’s urban-planning observers). But becoming an integral part of an economically diverse community matters, says Furman, whether that’s through donated mushrooms to food banks or local job creation. That role and ongoing consumer feedback, including a slogan contest , as the grower evolves to more direct sales, are key parts of the unique urban factory-farm’s future.

The nearly finished remodel, both by opening up vertically and by pushing into additional floor footage, will allow for eventually growing 10,000 pounds of mushrooms per week, doubling the previous 5,000 weekly pounds. Furman says gross sales are about $3 million annually. He looks to expand a current full-time staff of three employees to six to eight as production capacity is met.

At climate-controlled Windy City, a dozen or so varieties of gourmet mushrooms sprout from vertical stacks of grow bags containing hardwood sawdust and organic soy hulls. The hulls can’t be digested by animals so are discarded as livestock feed, a major primary use of soybeans, is produced. Both products are considered waste products that have found a reuse at Windy City.

The mushroom process starts in an on-site lab for early growth and contamination elimination; the final product that most consumers recognize is the fruit of this growing process. A typical grow bag would include five pounds of the soy byproduct, seven pounds of water, and five pounds of mushroom fruit. Excluding the water, the formula equates to a 1:1 ratio between the mushroom feed (the soy hulls) and the end product, which is a desirable and laudable ratio when it comes to sustainable biomass. 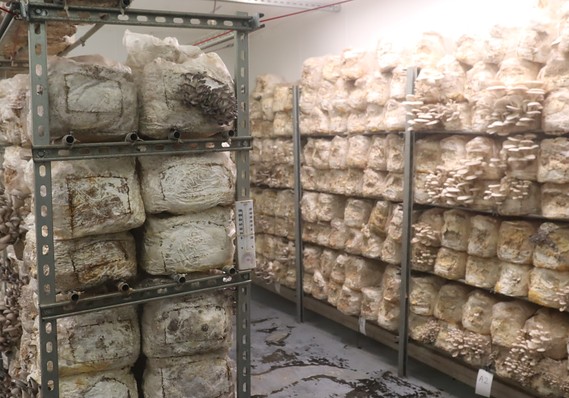 Windy City Mushroom
Mushroom farm or factory? Both. And in the heart of in Chicago’s Humboldt Park neighborhood, a layered cultural area of ethnic demographic change where young professionals are increasingly pushing in and businesses have turned over.

Furman is particular about what types of mushrooms make his business model work.

“The wild market is one market, and the commoditized market is another market. We like the middle ground,” says Furman. “We don’t grow [typically mass-produced] shiitake, portobello or crimini varieties. Those can be grown on a massive scale, a million pounds a week. That creates a price point we know we can’t compete at.” 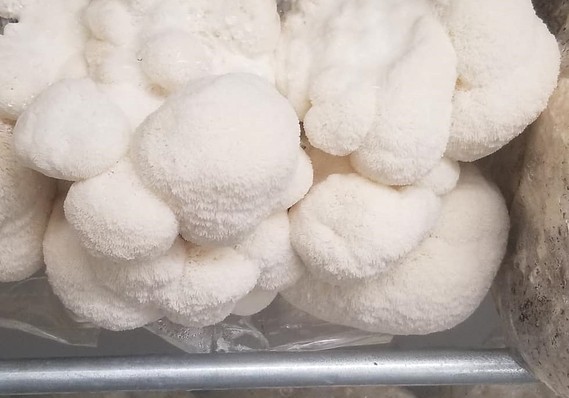 Windy City Mushroom
Lion’s mane mushrooms are often lauded for medicinal properties, though those findings are open to debate from the mainstream medical community. Windy City Mushroom sells them for their culinary attributes, popular mostly among consumers who welcome more-exotic mushrooms.

Windy City’s most popular sellers are blue oyster mushrooms (Italian oysters are also grown). Chestnut mushrooms, which have a button shape but are more flavorful than white button mushrooms, rank as the second most popular. The rarer lions mane mushroom is also grown, along with, and in smaller cultivated batches, the typically wild caught hen of the woods, and more.

‘Our carbon footprint to distribute our product throughout the city is minimal compared to mushrooms driven in from Pennsylvania and Washington.’

The pursuit of sustainable food production in smaller batches, unique culinary offerings including meat alternatives, plus home delivery — itself a touchy unresolved debate for sustainably minded industries as they consider all aspects of their carbon footprint — was accelerated by the coronavirus lockdowns. But these are habits that this food company and many others are banking on lasting past the crisis.

“Because we are located [near] downtown Chicago, our carbon footprint to distribute our product throughout the city is minimal compared to mushrooms driven in from Pennsylvania and Washington,” said Furman. “It also lets us connect with our customers and grow our relationships with local chefs and supermarkets.”

Opinion: Yes, organic food is purer. But is it eco-friendly too?