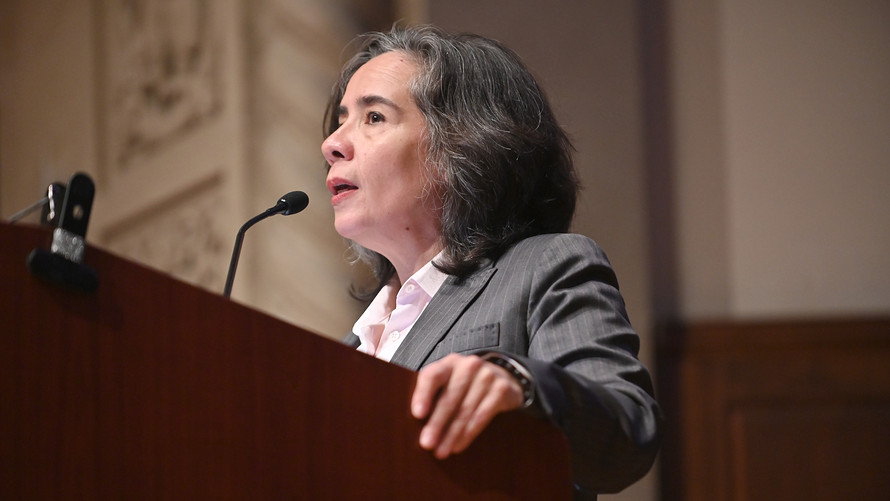 New York City’s health commissioner blew off an urgent NYPD request for 500,000 surgical masks as the coronavirus crisis mounted — telling a high-ranking police official that “I don’t give two rats’ asses about your cops,” The New York Post has learned.

Dr. Oxiris Barbot made the heartless remark during a brief phone conversation in late March with NYPD Chief of Department Terence Monahan, sources familiar with the matter said Wednesday.

“I don’t give two rats’ asses about your cops,” Barbot said, according to sources.

“I need them for others.”

The conversation took place as increasing numbers of cops were calling out sick with symptoms of COVID-19 but before the department suffered its first casualties from the deadly respiratory disease, sources said.

Although surgical masks don’t necessarily prevent wearers from being infected with the coronavirus, they can prevent people from spreading it to others.

The NYPD has recorded 5,490 cases of coronavirus among its 55,000 cops and civilian workers, with 41 deaths, according to figures released Wednesday evening.

Patrick Lynch, president of the Police Benevolent Association, called for Barbot to be fired over her “despicable and unforgivable” comments.

“Dr. Barbot should be forced to look in the eye of every police family who lost a hero to this virus. Look them in the eye and tell them they aren’t worth a rat’s ass,” Lynch fumed.

In the wake of Barbot’s crass rebuff of Monahan, NYPD officials learned that the Department of Health and Mental Hygiene had a large stash of masks, ventilators and other equipment stored in a New Jersey warehouse, sources said.

The department appealed to City Hall, which arranged for the NYPD to get 250,000 surgical masks, sources said.

The federal Department of Homeland Security and the Federal Emergency Management Agency also learned about the situation, leading FEMA to supply the NYPD with Tyvek suits and disinfectant, sources said.

A source who was present during a tabletop exercise at the city Office of Emergency Management headquarters in Brooklyn in March recalled witnessing a “very tense moment” when Monahan complained to Mayor Bill de Blasio in front of Barbot about the NYPD’s need for personal protective equipment, saying, “For weeks, we haven’t gotten an answer.”

De Blasio, who was seated between Monahan and Barbot, asked her, “Oxiris, what is he talking about?” the source said.