An earlier version of this column had an incorrect settlement figure for Brent crude. The story has been corrected. 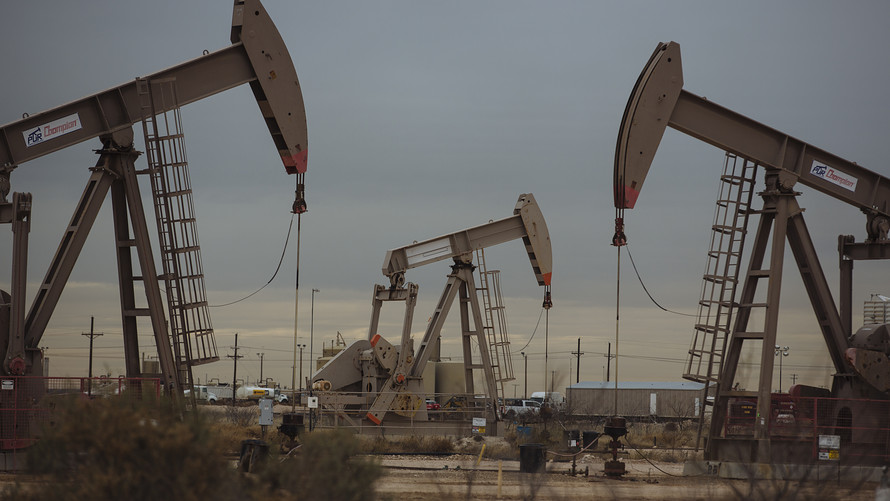 Oil futures finished lower on Friday, as a huge drop in global demand as a result of the spread of the COVID-19 pandemic sent prices down for a fifth straight week in a row, even as President Donald Trump was due to sign the U.S. fiscal stimulus bill aimed at easing the economic hardship caused by the disease.

For oil, “the focus continues to rest on the demand side of the market, with global demand expected to extend its record decline in the weeks ahead as a growing number of countries implement lockdown measures,” said Robbie Fraser, senior commodity analyst at Schneider Electric.

“Until demand begins to recover, any negotiations between Saudi Arabia and Russia to restore” the production cuts by the Organization of the Petroleum Exporting Countries and its allies, “or continued efforts by Saudi Arabia to flood the market, will look relatively unremarkable compared to the scale of demand loss,” Fraser said in a daily note. The current OPEC+ output cuts expire at the end of this month.

West Texas Intermediate crude for May delivery  fell $1.09, or 4.8%, to settle at $21.51 a barrel on the New York Mercantile Exchange, with prices for the front-month contract ending roughly 5% lower for the week, according to FactSet data.

Both front-month benchmarks tallied their fifth-weekly decline in a row.

The low prices have led to two weeks of hefty declines in active U.S. oil drilling rigs, with Baker Hughes /zigman2/quotes/205323712/composite BKR -0.66%  on Friday reporting that the number of active U.S. rigs drilling for oil dropped by 40 to 624 this week. That followed decline of 19 oil rigs the week before.

“We will continue to see rigs plummet and should break below 500 in May or June,” James Williams, energy economist at WTRG Economics, told MarketWatch. “How low depends on how long the virus continues to impact the economy and whether OPEC gets together with Russia. Both will be necessary for a real recovery since crude stocks are building worldwide.”

On Friday, however, Saudi Arabia said that the kingdom hasn’t had any contacts with Moscow about oil production cuts or building out the OPEC+ alliance, according to Bloomberg News .

Oil prices have collapsed in March, with the near-lockdown of major economies in response to the COVID-19 pandemic slashing demand for crude. Month to date, WTI and Brent prices have each lost roughly 50%.

Read about the MarketWatch PetroCurrency Index

“Oil stockpiles around the world climbed up as major refineries in core markets such as China were shutdown due to the pandemic,” said Mihir Kapadia, chief executive offer of Sun Global Investments, in emailed commentary. “According to industry reports, oil storage levels globally have already reached 75% of capacity, and continued stockpiling under closed demand would crash the prices to $10 in the coming months unless industrial activity restarts.”

See: The world is running out of tanks to store oil as coronavirus and price war lead to flood of crude

Oil prices spent part of this week on the rise, buoyed by a $2 trillion U.S. economic stimulus bill, which has been approved by the Senate and House of Representatives. It’s expected to soon be signed into law by President Donald Trump. That comes as the cases of COVID-19 in the U.S. overtook China, where it reportedly originated. There are now nearly 86,000 confirmed cases of the disease in the U.S., according to data compiled by Johns Hopkins University.