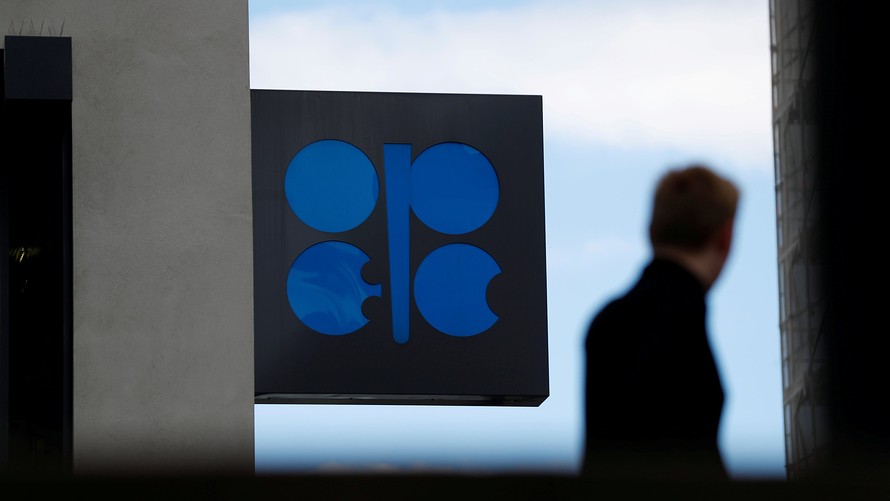 Crude-oil futures turned lower Monday as investors focused on the prospect of increased output from some countries, even after OPEC and allied nations agreed Saturday to extend a production cut of nearly 10 million barrels of oil a day through the end of July.

Overall compliance to the production-cut deal, which was a sticking point headed into the gathering, has been a consistent worry, experts said.

Reuters reported that Gulf OPEC producers , which pledged voluntary production cuts of 1.18 million barrels per day that began in June, have no plans to extend those reductions beyond this month. Those were in addition to the agreement between the Organization of the Petroleum Exporting Countries and their allies, collectively known as OPEC+.

The extra curtailments from Saudi Arabia, the United Arab Emirates and Kuwait were “not insignificant,” said Bjornar Tonhaugen, head of oil markets at Rystad Energy, in emailed commentary. “It would be too good to be true to have a total of nearly 11 million [barrels per day] in voluntary cuts extended for a month at times when we see supply deficits. Keeping those bonus cuts would just not be justified for the three Gulf producers.”

A fear of a ramp-up in output from North American shale-oil producers as prices of crude climb, a refusal by Mexico to adhere to production cuts and a report that Libya has restarted production at its largest oil field, have also undercut optimism about an extension of the historic output-cut agreement, the Wall Street Journal reported . The combination of Mexico and Libya could contribute an additional 400,000 barrels a day of crude.

Global benchmark Brent oil for August delivery , meanwhile, retreated by $1.50, or nearly 3.6%, to $40.80 a barrel on ICE Futures Europe. Prices for the front-month contract had touched an intraday high of $43.41, after posting a weekly gain of 11.8% on Friday.

Both grades of oil finished Friday at their highest levels since March 6 and booked a sixth consecutive weekly gain in anticipation of the pact from the major oil-producing giants.

OPEC+ concluded a videoconference meeting on Saturday, adopting measures aimed at cutting the excess production depressing prices as global aviation remains largely grounded due to the coronavirus pandemic. The curbed output represents some 10% of the world’s overall supply.

Without the extension of the cuts, the reductions would have tapered to 7.7 million barrels per day July to December, even as the crude industry contends with a pandemic that has sent much of the world spiraling into recession—an economic backdrop that is bearish for oil uptake.

The WSJ reported that key OPEC member, Libya, exempt from previous quotas because of a long-running civil war, ended a five-month shutdown at its Sharara oil field, citing government officials.

OPEC+ had initially agreed in April that it would cut supply by 9.7 million barrels per day during May-June to prop up prices that collapsed due to the coronavirus crisis. The reductions will be reviewed monthly, with the next meeting for the compliance monitoring committee slated for June 18. OPEC+ scheduled its next conference for Dec. 1.

Goldman suggested that the limited scope of the extension implies a shift in strategy for major OPEC producers that may be aimed at reining in U.S. oil production.

“By targeting normalized inventories without committing to an extended cut that would benefit long-term sentiment and high-cost producers, we believe that OPEC remains focused on sustainably increasing revenues through a combination of higher prices but also higher market share.” wrote commodity analysts at Goldman Sachs, including Damien Courvalin, Callum Bruce and Jeff Currie, in a research report that was published before OPEC’s deal.

“While the errant producers such as Iraq and Nigeria have vowed to reach 100% conformity and compensate for prior underperformance, we still think they will likely continue to have some commitment issues over the course of the summer,” Helima Croft, head of global commodity strategy at RBC Capital Markets, wrote in a note dated June 6.

Meanwhile, Cristobal, which weakened to a tropical depression on Monday from a tropical storm, made its way through the Gulf of Mexico over the weekend. It had raised concern over oil and natural-gas production in the region.

As of Monday in the Gulf of Mexico, 34% of oil production and 35% of natural-gas production in the region was shut in due to the storm, according to the Bureau of Safety and Environmental Enforcement.