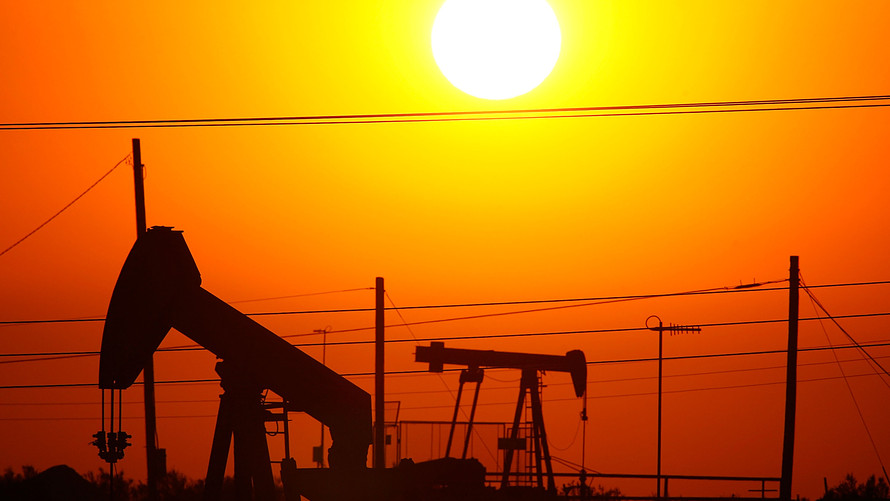 Oil prices finished higher Tuesday, recouping some lost ground after posting three straight sessions of declines as traders looked ahead to an expected decision by major producers to increase their crude output.

Prices have “taken a dramatic fall over the past couple of weeks” after Saudi Arabia, the de facto head of the Organization of the Petroleum Exporting Countries, “strongly hinted at the prospects of increased supplies” from OPEC and non-OPEC oil producers in the second half of the year,” said Fawad Razaqzada, market analyst at Forex.com.

“Speculators have rushed to sell oil ahead of the OPEC’s next meeting on June 22 in Vienna,” he said in a Tuesday note. “The market clearly believes that the cartel will ease crude production cuts at this meeting.”

On the New York Mercantile Exchange, however, July West Texas Intermediate crude tacked on 77 cents, or 1.2%, to settle at $65.52 a barrel. August Brent crude , the global oil benchmark, climbed by 9 cents, or 0.1%, to end at $75.38 a barrel on ICE Futures Europe. Both benchmarks had posted declines in each of the last three sessions.

OPEC and including external producers such as Russia have been involved in an effort since 2016 to remove almost 2% of the global crude supply in a bid to prop up prices. The deal is set to expire at the end of this year.

“But due to the increased levels of geopolitical risks to supply of Iranian and the recent falls in Venezuelan oil production, the agreement could be revised so that some members, most notably Saudi and non-OPEC member Russia, boost their output to make up for the short fall in order to avoid a potential supply shock,” said Razaqzada.

Still “it is highly unlikely that the OPEC’s cooperation with the 10 non-OPEC producers will end at this meeting,” he said. “They will ensure to keep supply tight enough to avoid another 2014-style slide. This should keep a floor under prices in the long-term, even if U.S. supplies are continuing to rise.”

Russian Energy Minister Alexander Novak said Tuesday that OPEC and non-OPEC nations should make a decision on a possible adjustment of the oil output deal by looking at oil demand, according to a report from Reuters.

Saudi Arabia has recently signaled a willingness to relax the output caps that helped rebalance the oil market. Bloomberg reported Tuesday that the U.S. government has asked the Saudis and other OPEC members to raise oil output by around 1 million barrels a day to help cap rising oil prices.

Ahead of the meeting, investors were already anticipating a drop in crude prices. Analysts for JBC Energy said net-long positions in ICE Brent futures have dropped to an 8-month low as of May 29.

“The dominating theme for Brent is the coming OPEC meeting and the prospect of higher supply that will be discussed and decided at this meeting,” said Carsten Fritsch, an oil analyst at Commerzbank.

While Brent has been supported by tight global supply, the U.S. crude grade price is being squeezed by a huge increase in American output and bottlenecks in the Permian region, which are leaving some of the shale oil stranded.

As a result WTI is trading at a discount of about $10 a barrel to Brent, which is proving highly attractive to buyers.

According to official figures from last week showed U.S. producers pumped a weekly record of 10.47 million barrels a day.

Analysts surveyed by S&P Global Platts forecast a fall of 1.3 million barrels in crude stockpiles for the week ended June 1. Gasoline supplies are seen down by 600,000 barrels, while distillates, which include heating oil, are expected to have climbed by 700,000 barrels.

Monthly reports scheduled for next week include the EIA’s short-term energy outlook and OPEC monthly report on June 12.