OPEC+ compliance to oil output cuts in May was 87%: JMMC 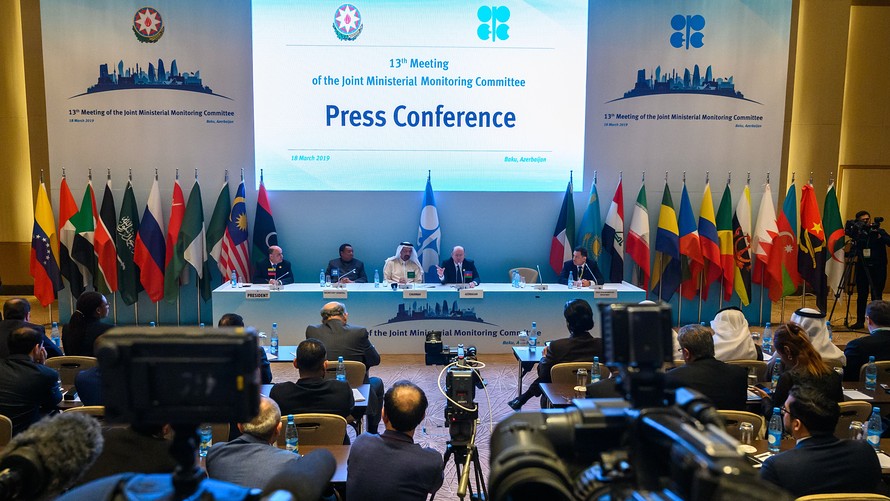 Crude-oil prices finished higher on Thursday after major producers at an OPEC-led meeting of the Joint Ministerial Monitoring Committee, or JMMC, stressed the importance of full compliance with pledged production cuts and made moves to ensure that certain countries make up for failing to fully meet their reduction targets last month.

The JMMC, which monitors compliance with OPEC output quotas, held its gathering via video-conference Thursday, with technical difficulties preventing a livestream of the meeting.

Earlier this month, the Organization of the Petroleum Exporting Countries and its allies, a group known as OPEC+, agreed to extend cuts of 9.7 million barrels per day to July and monitor compliance to those reduction efforts monthly.

In a press release Thursday , the JMMC pegged its compliance with those production cuts at 87% in the month of May. It reiterated the importance that all participating countries reach 100% of their pledged cuts and that they make up for any previous shortfalls in the upcoming months of July, August and September.

The committee said Iraq and Kazakhstan have already submitted “compensations schedules,” and other “underperforming participants” will have until June 22 to submit their schedules for compensation.

“The big news is that Iraq and Kazakhstan will over comply to cuts,” which is a sign that OPEC+ will continue to work together, Phil Flynn, senior market analyst at The Price Futures Group, told MarketWatch. “Now that Saudi Arabia and Russia have convinced Iraq and Kazakhstan to over comply, we should see overall compliance to the world’s biggest production cut go to over 100% in the next few weeks.”

It also means that there is a very good chance that the JMMC will extend the cuts beyond July, said Flynn. The JMMC scheduled its next meeting for July 15.

Global benchmark Brent oil for August delivery picked up 80 cents, or 2%, at $41.51 a barrel on ICE Futures Europe.

“The news had traders wondering about a potential new second wave of the [COVID-19] virus,” said Flynn, in a Thursday report. “They feared that what had been an impressive comeback in global energy demand could be thwarted.”

However, traders are torn—”trying to balance the risk of a second wave versus the chances that the increase may not be a second wave, but just a reflection of better testing,” he said.

“It is also unlikely that the global economy will shut down, so at some point, oil traders might focus on the fact that global demand is recovering exceptionally well, and global production is still falling,” said Flynn. “That trend, assuming we do not take a big coronavirus step back, means that we could see a very tight global oil market later this year, despite what OPEC says.”

July natural gas  settled unchanged on Thursday at $1.638 per million British thermal units, after the EIA reported that domestic supplies of the commodity in storage rose by 85 billion cubic feet for the week ended June 12.

On average, analysts polled by S&P Global Platts expected the report to show a weekly climb of 79 billion cubic feet, which was less than the 111 billion cubic foot addition in the corresponding week last year.