Optimism colored most market screens green across asset classes and across the globe, with natural-gas futures among the exceptions. Prices dropped further on Friday after a 7.9% loss in the previous session. 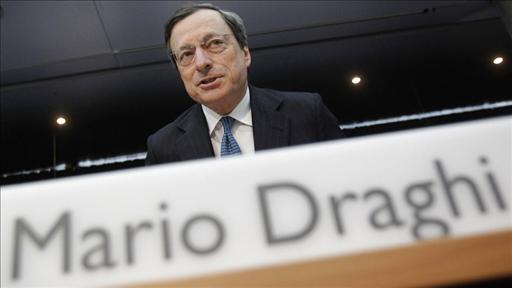 European Central Bank chief Mario Draghi says support of the euro is "unanimous," despite some reservations from Germany’s Bundesbank.

The settlement was the highest in two weeks.

Hopes for more oil demand stoked markets after the Labor Department reported the fastest pace of job growth since February.

Nonfarm payrolls expanded by 163,000 workers in July. That outpaced expectations of a rise around 100,000 on the month.

Further helping crude rebound, the dollar traded lower, losing some of its safe-haven luster. The ICE dollar index /zigman2/quotes/210598269/delayed DXY -0.22% , which compares the U.S. unit to a basket of six currencies, declined to 82.359 from 83.320 late Thursday.

Also Friday, the Institute for Supply Management reported a rise to 52.6% in July for its index gauging U.S. services activity, up from 52.1% in June and above analyst expectations. Read more about ISM services data.

Oil had dropped 2% on Thursday after the European Central Bank held interest rates steady and didn’t announce any immediate plans to restart purchases of Spanish and Italian bonds, upsetting investors who had been hoping for some action from the central bank to stem the region’s debt crisis.

The bigger-than-expected buildup for gas in storages last week “implies some weakening of the background supply/demand balance when adjusted for weather, and our suspicion is that some incremental power-sector demand has been met from coal rather than natural gas,” said Citigroup analyst Tim Evans in a note to clients.

On the week, gasoline and heating oil rose more than 1%.

Claudia Assis is a San Francisco-based reporter for MarketWatch. Varahabhotla Phani Kumar is a reporter in MarketWatch's Hong Kong bureau.