Older workers have been clobbered by the coronavirus unemployment crisis 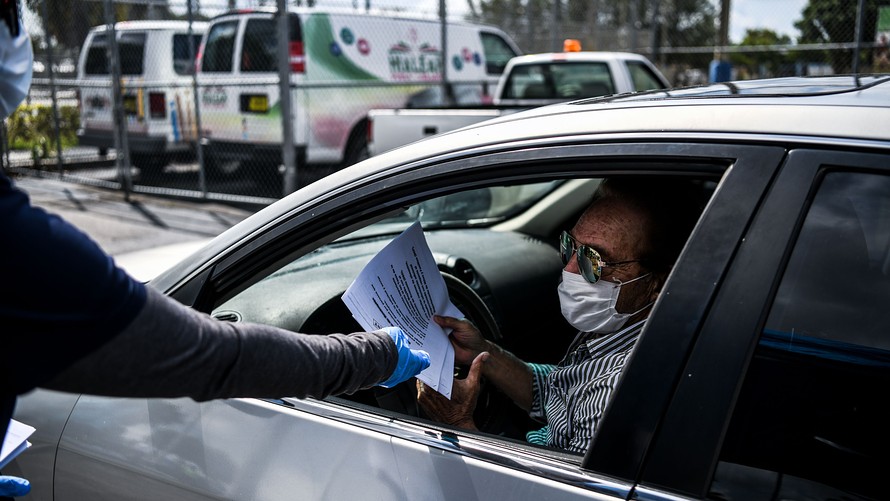 AFP via Getty Images
The unemployment rate in the U.S. jumped to 14.7% in April.

The unemployment rate has skyrocketed in the last couple of months, up to 14.7% in April from 3.6% in January, Bureau of Labor Statistics data show. Some workers have fared worse than others, including those near retirement.

Overall, 20.5 million jobs were lost in April, mainly in retail, dining and hotels (though all industries suffered). The unemployment rate is the highest it has been since the Great Depression, which is estimated to have been around 25% in 1933, and it’s even higher if it doesn’t include the workers who were furloughed and hope to return to their jobs eventually.

See: How to safely commute, go shopping and get on a plan as states reopen for business during the coronavirus pandemic — ‘Opening up does not mean social activities’

Older Americans aren’t the only ones who suffered — every age demographic did, some more so than others. School-age adults, including those between 16 to 19 years old and 20 to 24 years old, saw the highest rates of unemployment — 31.9% and 25.7% in April, respectively. The only other age group with a higher rate of unemployment than those 55and over were between 25 and 34 years old, with a rate of 14.5% last month, compared with 3.7% in January.

But workers in their 50s, 60s and beyond, typically face more challenges when they lose a job than their younger counterparts. People ages 51 to 60 years old waited an average of nine months to find another job during the last recession, compared with those between 25 and 34 who were employed again within six months, according to the Urban Institute.

Age discrimination can be difficult to prove at work, but it’s even harder during the hiring process. Prospective employees have said they have experienced some sort of discrimination in the application and interviewing stages, such as when asked what year they graduated high school or if they have “reliable transportation.” Companies have been accused of sidestepping older workers altogether because of where or how they share job listings online.

Also see: These Americans were left out of the stimulus package and still need help to weather the coronavirus pandemic

A retirement crisis was already brewing in the United States, but the coronavirus has the potential to worsen it substantially. Although almost all age groups, including older Americans, bounced back after the last recession — and in some cases, had more money than people of the same age before 2007 — the current situation has the potential to derail plans and deepen the crisis, experts said.

Some older Americans were already unprepared for retirement, so if they are among the recently unemployed, the pressure is high to find another job quickly. So many families are already a paycheck or two away from poverty, and are finding difficulties during this pandemic. Others may have had a nest egg but now need to tap into their retirement savings to make ends meet, which will pose financial problems later in life.

In a Retirement Risk Readiness Study from Allianz Life Insurance, half of Americans said they retired before they were ready because of uncontrollable circumstances — and that was before the coronavirus. “This is the perfect example of why you have to be able to pivot when the time comes to actually retire,” Kelly LaVigne, vice president of consumer insights at Allianz Life, told MarketWatch. “The planning part should provide you with some fallback pans.”