One economist says bitcoin could hit $0—or $1 million

A likely outcome is that it becomes “a niche product for a select group of enthusiasts,” economist writes 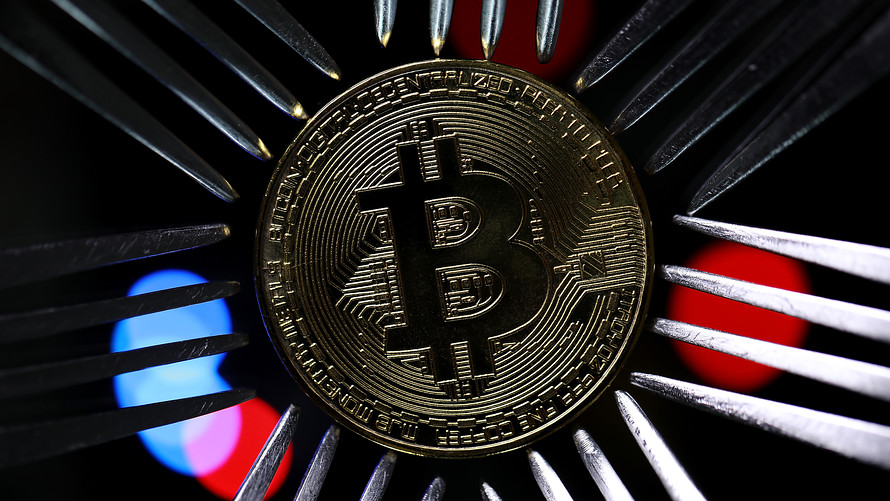 The most bullish call for the digital currency bitcoin so far has been at about $1 million, while the most bearish call from those who dismiss it as a fraud or a bubble think it will crash to zero.

Covering his bases, Teunis Brosens, a senior economist at ING, sees both extreme targets as possible. Although the most probable outcome, in his view, is for bitcoin to survive in a less high-profile way than it currently has.

“The ‘true’ value of Bitcoin depends on its future use case,” wrote Brosens. “If users would, en masse, lose interest, then it could end at zero. On the other hand, in the unlikely scenario that Bitcoin takes over all worldwide payments, its value could rise beyond $1 million.”

Related: Why bitcoin is now the biggest bubble in history, in one chart

Also: Here’s what bitcoin’s monster 2017 gain looks like in one humongous chart

Brosens didn’t give a specific target, but suggested that over the long term, the digital currency “has little to offer a wider audience, and will likely return to being a niche product for a select group of enthusiasts.”

Bitcoin (COINDESK:BTCUSD)  last traded at $18,664.41, down 2.3% on the day. At current levels, it has a market value of about $315 billion, according to CoinMarketCap. Only a handful of components of the S&P 500 (S&P:SPX)  have a larger market capitalization.

The digital currency—which functions on a decentralized ledger known as its blockchain—has a number of attributes that could make broader adoption difficult, in Brosens’s view. He noted that it has high transaction fees, which “makes it very unattractive for small payments,” especially in comparison to more traditional means of payment, like cash or credit cards.

Last week, Morgan Stanley also speculated that bitcoin would have a hard time competing with credit cards from Visa (NYS:V)  or Mastercard (NYS:MA)  as a means of payment, noting that the networks those companies use can process “more than 5,000 transactions per second with capacity to process volumes multiple times that number.” In contrast, bitcoin “takes 10 minutes to clear and settle a single transaction.”

This issue will likely improve as the network grows, but Brosens also noted that bitcoin ecosystem—where so-called miners solve computational problems to validate transactions on the blockchain network—was hugely energy intensive. According to Morgan Stanley data, the total energy consumption of the bitcoin network consumes as much electricity as 2 million U.S. homes.

Don’t miss: In one chart, here’s how much it costs to mine bitcoin in your state

Finally, Brosens said that one of the attributes of bitcoin that its advocates like the most—its decentralized nature—could be one of the factors that limits its broader adoption.

“Governments and regulators may never come to like decentralized financial networks at all. A negative event, such as a price crash followed by public outcry, could trigger a regulatory crackdown,” he wrote.

Regulators have started looking into how to address digital currencies.

In the United States the Securities and Exchange Commission and the Commodity Futures Trading Commission have sent out a flurry of announcements in the last few months on the subject, including some strong statements by Jay Clayton, the SEC chairman.

See more: Here’s how the U.S. and the world are regulating bitcoin and cryptocurrency