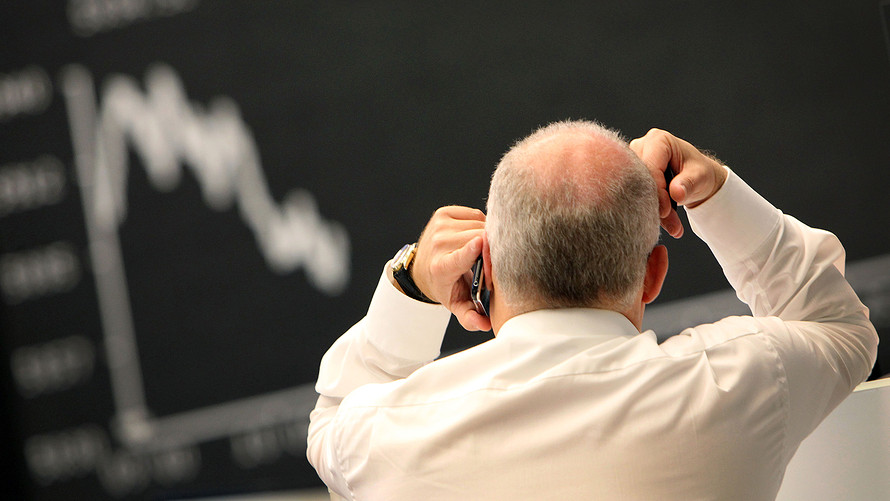 A prominent commodity investor and cryptocurrency critic revealed that he got bludgeoned by investing in a company which claims to be linked to blockchain.

The Feb. 16 report raised questions about Riot’s operation and a recent spate of selling by insiders. In October, the company changed its name from Bioptix and its business focus to mining /zigman2/quotes/31322028/realtime BTCUSD +1.23%  from veterinary biotechnology.

Gartman said he broke his Rule No. 1 of investing via his newsletter: never buy a stock that’s in decline.

“More importantly we are smarting from having broken our own primary rule of trading to never, ever add to a losing position,” Gartman said Wednesday.

The investment in crypto-related assets is odd for Gartman, an investment traditionalists who tends to espouse the benefits of owning tangible assets. Although he has said blockchain, the distributed-ledger technology that underpins most digital assets, has merit, he has been mostly skeptical of the virtualcurrency sector, which he suggested was benefiting from speculative hype.

In December, Gartman described bitcoin as a “classic bubble,” in a CNBC interview, saying it had gone beyond the “absurdity” of Holland’s tulip bulb mania in the 17th century.

Notwithstanding his blockchain bullishness, Riot has been viewed as a prime example of that growing investment that took bitcoin near a value of $20,000 in late December.

A number of companies last year switched their names or claimed to blokchain-related monikers or pivoted to blockchain-focused strategies. That includes beverage company, Long Island Iced Tea Corp., which saw a sixfold increase in share value after changing its name to Long Blockchain Corp .

‘As for our retirement account, Friday was one of the worst days we have suffered through in a very long while for coming into the session we were long of a sizeable position in a blockchain focused company that was the victim of a CNBC expose.’

Riot Blockchain’s shares rocketed to $40 from $8 a share following its transformation. However, the company’s stock was most recently at $10.80, down 1.1% on Wednesday, and a whopping 62% for the year.

That sort of volatility seems hardly the type of asset that would draw the interest of an investor like Gartman, who has taken note of wild swings associated with bitcoin and its ilk.

“If something is able to move 15-20% in the course of a day, how can that possibly be used as a purchasing mechanism?” Gartman said of bitcoin back in June.

Get news alerts on Riot Blockchain Inc. and Bitcoin USD — or create your own.