LOS ANGELES (MarketWatch) -- Brazilian oil giant Petroleo Brasileiro SA is on the verge of pricing what would be the largest share offering on record, though the massive sale may still fall short of funding its ambitious oil production plans.

The state-run company, better known as Petrobras /zigman2/quotes/200745132/composite PBR +1.43% , is expected to price an initial offering of 3.75 billion common stock and preferred shares in Sao Paulo as early as Thursday evening. With the company recently bumping up the number of additional shares that it may sell to meet strong demand, the share sale could raise as much as $78 billion based on recent trading prices.

The share sale will be the fruit of a lengthy process undertaken by Petrobras to fund its five-year, $224 billion investment plan, which is centered largely on oil exploration and development in what appears to be petroleum-laden deep waters off the coast of Brazil. Petrobras aims to double oil output by 2014 to 3.9 million barrels a day.

The offering will also greatly expand the Brazilian government’s stake in future oil production gains. The share-sale process includes the issuance by Petrobras of $42.5 billion in stock to the Brazilian government in exchange for rights to explore and develop 4.999 billion barrels of oil- equivalent reserves in six oil fields, including the Franco field off the coast of Rio de Janeiro. The price-per-barrel of $8.51 was higher than analyst estimates of $5 to $7.

But the sale is expected to severely dilute existing shareholders, a factor that has weighed on Petrobras’ stock this year. And some analysts say even the large offering may fall short of its investment plans, which may prompt Petrobras to tap the bond market as well.

Then late last week, the oil company said it was increasing its plans to sell even more shares if demand is strong, boosting the possible total share sale nearer to $78 billion. It’s planning to sell an additional 940 million shares if investors clamor for the stock, up from plans to sell an additional 564 million shares, potentially bringing in another 27.9 billion reals ($16.2 billion) based on Wednesday’s closing prices.

Petrobras’ board of directors is expected to meet Thursday to approve the final share price, wrote the emerging markets team at RBC Capital Markets on Wednesday, which also cautioned that may result in a delay in the public announcement of the pricing.

The potential increase in additional shares indicates higher demand, but “from whom and at which prices?” wrote UBS in a clients’ note this week.

The moves by Petrobras have taken a toll on the company’s preferred and common shares in Sao Paulo, where each have slid 29% this year. U.S.-listed shares of Petrobras have fallen 27%.

If fully subscribed, UBS is expecting more pressure on the shares. It expects its original 2011 per-share earnings dilution estimate will increase to 30% from 26%. The broker has a sell rating on Petrobras’ common shares, and has said it prefers “the cheaper” preferred shares.

The share sale may not satiate the company’s capital-raising needs. 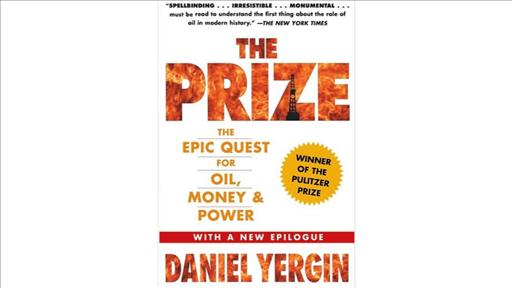 “Given its investment plans, many observers expect the oil company to have to tap the bond market too,” wrote Marc Chandler, global head of currency strategy at Brown Brothers Harriman, in a note to clients Tuesday. “This is appears to be weighing on [Petrobras’] bonds more so than share prices.”

Anticipation of the share sale has in part fueled a nearly 5% appreciation in Brazil’s currency /zigman2/quotes/210561973/realtime/sampled USDBRL -0.0036%  since the end of June because of hefty dollar inflows by investors preparing to taking part in the offering.

The central bank about two weeks ago started twice-daily dollar auctions in a bid to curb the increase. The central bank said Tuesday that it purchased about $5.9 billion in U.S. dollars during the first 12 days of this month. The central bank usually purchases no more than $2 billion to $2.5 billion each month, according to RBC Capital Markets.

This week, the Brazilian government also said they will be “no limits” on its sovereign wealth fund to make dollar purchases.

Previously, the share sale had been expected to launch in July.