Plastic screens and makeshift grocery stores: How one restaurant chain is surviving the coronavirus crisis 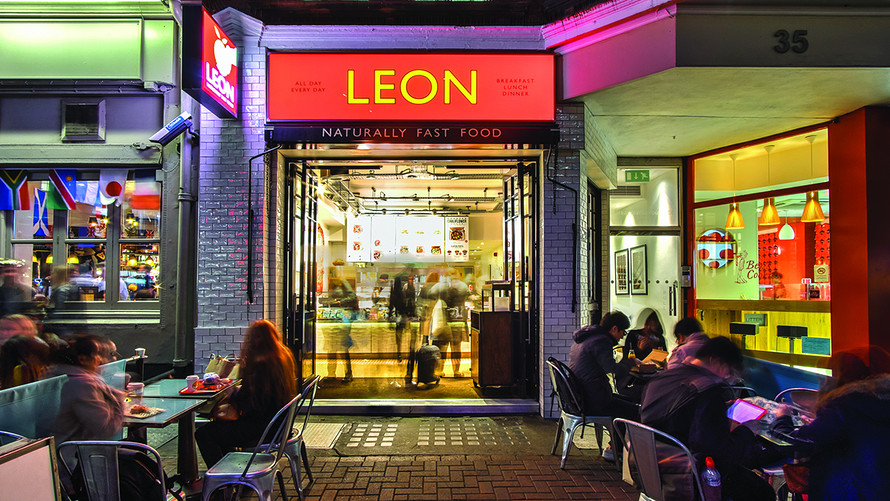 Supplied by the company
Unlike many of its peers, Leon never closed all of its restaurants at the start of the U.K. lockdown on March 23, 2020.

Plastic screens at the tills. Staff decked out in visors and gloves. Contactless payments only.

Welcome to the new normal of ordering food on Britain’s high street.

As the nation slowly starts to emerge from its eighth week of lockdown, the country’s fast-casual sector — a staple of the restaurant scene — is grappling to adapt to the new coronavirus economy, by pivoting into makeshift grocery stores, launching curbside pickups and delivery services, and selling food-at-home boxes.

For many restaurant chains, restarting shuttered operations only halfway makes little sense. Both the financial costs and the health risks are too high and outweigh any potential revenues they may gain as they scramble to survive the historic disruption to the sector caused by the pandemic.

But in the last couple of weeks, some of the nation’s best-loved brands, including British baker Greggs /zigman2/quotes/205743109/delayed UK:GRG +0.53% , sandwich and coffee chain Pret A Manger and Californian burrito and taco restaurant Tortilla, are among those tentatively testing the new environment as they start opening their doors to customers for takeout and deliveries.

On Monday, Pret even announced that its first ever retail coffee range will be available to order on Amazon, in an effort to refresh its dwindling revenue stream. The news came as Pret, which is owned by JAB Holding, said it was reopening a further 70 branches across the U.K., adding to the 30 already open.

Leon is another high-street chain that has come up with innovative ways to navigate the myriad challenges of operating in the current climate, including ensuring the health of its employees and customers while navigating cash flow uncertainty amid a nervous marketplace.

Unlike many of its peers, Leon never closed all of its restaurants. “From the beginning, we decided to remain open for takeaway, delivery and as shops because we have a vital role to play in helping to feed Britain,” a spokesperson for Leon told MarketWatch .

At present, Leon has 16 out of a total of 64 of its restaurants open in locations including Brighton, London’s Notting Hill, and also Cheapside in the financial district. 12 of these are open for the public, with another four dedicated to feeding critical care teams through Leon’s not-for-profit FeedNHS program for the National Health Service.

The company has adopted several strategies to keep its business ticking over. It has turned some of its restaurants into ‘mini-supermarkets’ selling products including essentials such as organic milk, eggs, teas, market fruit and vegetables, juices, sauces (mayonnaise, ketchup), ready meals (vegan and non-vegan), as well as household items including toilet rolls and cleaning cloths.

It is also placing meals in plastic pouches that customers can refrigerate, freeze and heat up at home.

Another income stream is offering dishes via food delivery apps Deliveroo and UberEats, which have both seen a spike in near-term growth, as more restaurants and customers sign up to their platforms.

Leon has also mobilized its kitchens to create an online platform called Feed Britain, which provides a route to market for suppliers whose revenues have been severely affected by the pandemic.

The produce available through Feed Britain was previously destined for restaurants, hotels and first-class airport lounges, but now customers can enjoy restaurant-quality food in their own homes from £2.70 per meal. All profits are donated to FeedNHS.

The pandemic has been particularly brutal on the fast-casual sector, which had been going through a challenging period long before the crisis, with rising margin pressures as a result of higher labor costs, higher business rates and increased food costs.